England vs West Indies: If We Scored Above 400 in the First Innings We Would Have Taken the Game Away - Ben Stokes

England's stand-in skipper Ben Stokes believes their lack of runs in the first innings of the first Test against West Indies cost them dearly. 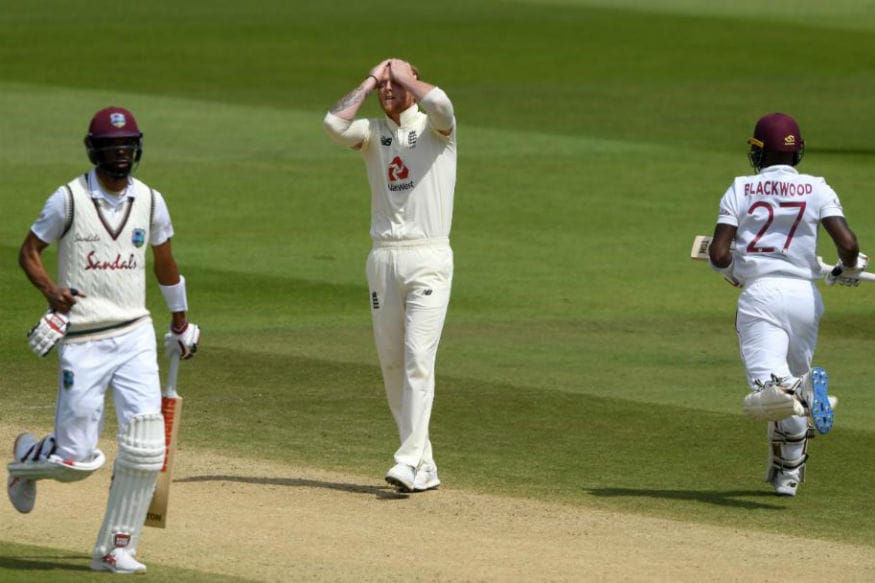 England's stand-in skipper Ben Stokes believes their lack of runs in the first innings of the first Test against West Indies cost them dearly.

West Indies went on to register a four-wicket win in the Aegas Bowl at Southampton and took a 1-0 lead in the three-match Test series.

"It was a hard fought Test. The skills and the level of cricket played was fantastic. You have to believe that 200 is enough, and if you don't, you're already losing," Stokes said at the post-match presentation ceremony.

"We should have got more runs in the first innings. We weren't ruthless enough to make our batting innings count, despite getting into good positions.

"I would still have batted first, because first innings runs count. If we made 400-500 runs, we really would have taken it away. But it has been a massive learning curve for the batting line-up and the young guys."

Stokes added that he did not regret leaving out veteran pacer Stuart Broad, saying that the pacer is 'nowhere near done' with international cricket.

"I don't regret leaving Stuart Broad out, and we are fortunate to leave someone like him out. I would be upset if he didn't show the passion he did in that interview, and he's nowhere near done. If he plays in the second Test I hope he walks off with some wickets."

He also spoke about England not being able to cope with the pressure moments of the game came back to haunt them.

"Pressure shows itself in different ways; some hectic running goes on in the middle and there are chances we didn't take. Lots of positives in retrospect and a good learning curve this game.

"In terms of fitness, we had a long build up period, so it'll be interesting how everybody pulls up for the next Test."

He also said that he was looking forward to playing alongside skipper Joe Root in the next Test.

"I've loved captaining England, but this is Joe's team and I welcome him back."