Back to News18
Home » Cricket Home » News » EXCLUSIVE: I am Certain I Wouldn’t Have Played the Kolkata Test, If Not for Physio Andrew Leipus - VVS Laxman

EXCLUSIVE: I am Certain I Wouldn’t Have Played the Kolkata Test, If Not for Physio Andrew Leipus - VVS Laxman

Laxman hadn’t been in peak physical condition prior to the Test. His back was stiff and sore, but it wasn’t until team physio Andrew Leipus asked him to literally look himself in the mirror that Laxman realised he was ‘listing’ – the body wasn’t in alignment, the upper body slanted to the left. 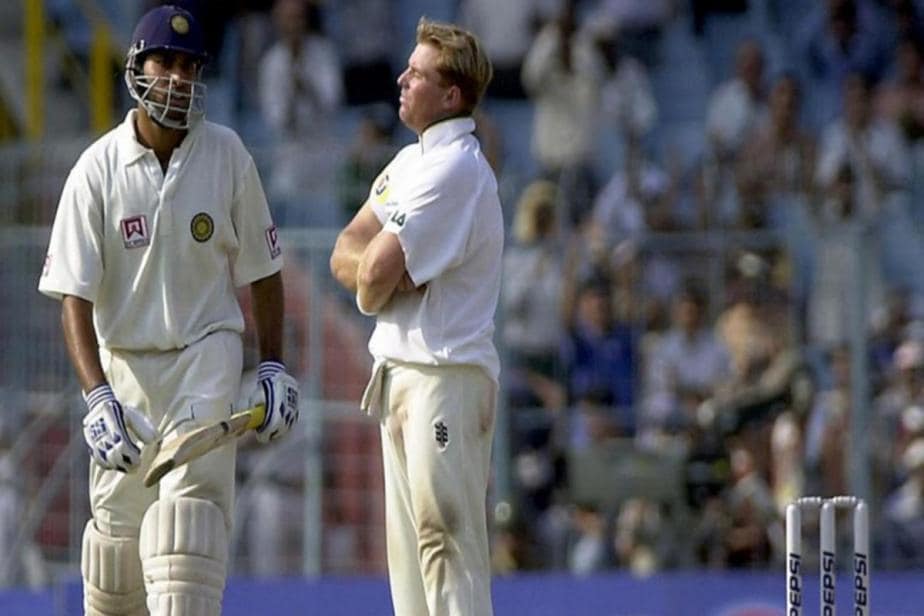 Just over a year earlier, in February 2000, VVS Laxman had made a huge call. He was only 25, had played 18 Tests, just brought up his maiden century in Sydney, but something was missing. The enjoyment of playing the game he so dearly loved, the joy that stemmed from the ball flying off his majestic, yet almost-apologetic, willow.

In just his third series, the Hyderabadi was pitchforked to an unfamiliar role, opening the batting, in the Caribbean in March 1997. So desperate was he to play for the country that he manfully strived to embrace that responsibility. He had middling success until announcing himself with a blazing 167 at the SCG in January 2000, in the final Test against Australia. His next Test, against South Africa in Mumbai the following month, netted him scores of 16 and 0, and he was immediately dropped, the ‘non-regular opener’ tag becoming a convenient stick to beat him with.

After a brief period of introspection, Laxman informed the national selectors that he didn’t wish to be considered an opener any longer. It was a brave decision; the middle-order was populated by Rahul Dravid, Sachin Tendulkar, Mohammad Azharuddin and Sourav Ganguly, and there was no gainsaying when, or even whether, Laxman would make an India comeback.

When Laxman began the 2000-01 season with efforts of 167 n.o., 60 and 100 n.o., he smashed open the doors to the national side. He returned for the home series against Zimbabwe in November 2000, and rewrote Test history four months later, at the Eden Gardens against Australia, in March 2001.

“It’s the innings that made me,” Laxman says of his second-innings 281 in Kolkata when, following on 274 behind in the first dig, India sensationally turned things around to complete a 171-run win in the final session of the game. “Steve Waugh’s side was dominating Test cricket. They had arrived in India with 15 successive wins, and when they won in Mumbai in three days, they equaled their own record for the most consecutive victories. For us to halt their run in the manner in which we did, with our backs to the wall, is something I will always cherish.”

To some, his 281 which came batting at No. 3 might feel like a vindication of his call not to open the batting. “But honestly, until you asked me this question now, I hadn’t even given it any thought,” Laxman admits. “It isn’t a question of vindication. I had made all my runs for Hyderabad batting mostly at No. 3, it was the position where I felt most comfortable. Being promoted to No. 3 in the second innings in Kolkata freed up my mind, it filled my heart with joy.

“But I couldn’t have done anything had Rahul (Dravid) not been at the other end,” Laxman deflects credit, typically self-effacingly. “He came into the Test having barely recovered from viral fever. He was the vice-captain, and might have been justified in feeling bad at being asked to bat at No. 6, but Rahul isn’t made that way. We had had numerous big partnerships in first-class cricket for South Zone previously, we knew each other inside out, were comfortable and happy alongside one another. We didn’t need to communicate through words. I can’t speak highly enough of Rahul, the ultimate team man.”

Laxman himself hadn’t been in peak physical condition prior to the Test. His back was stiff and sore, but it wasn’t until team physio Andrew Leipus asked him to literally look himself in the mirror that Laxman realised he was ‘listing’ – the body wasn’t in alignment, the upper body slanted to the left. A disc in the back had slipped, and every time it scraped against a nerve, it sent shooting pain through his body.

“I was in tears in Andrew’s room,” Laxman recalls. “I pleaded with him to fix me in time for the game. In fact, if not for Andrew, I am certain I wouldn’t have played the Kolkata Test. Who knows how my career would have panned out thereafter.”

Harbhajan Singh’s first hat-trick by an Indian in Tests notwithstanding, Australia amassed 445 in their first innings, and bowled the hosts out for a measly 171. No. 6 Laxman was last man dismissed, erroneously ruled out caught at slip off Shane Warne for a dazzling 59. As he returned to the dressing room and prepared to remove his pads, a strong hand clasped his shoulder. “Don’t take your pads off, Lax. You are going in at No. 3,” coach John Wright told him, propelling the young man into the throes of ecstasy.

“I wasn’t obsessed with the No. 3 slot and Rahul was doing a fantastic job in that position, but I loved batting at 3. John’s words were music to my ears. I also recognised it was a great responsibility and challenge, with us so far behind in the game. I am glad I was able to meet the expectations of the think-tank, that I played my little part in our victory.”

That ‘little part’ entailed Laxman notching up India’s highest individual score in Test cricket at the time. Sunil Gavaskar’s 236 not out against the West Indies in 1983 faded into oblivion as 281 became Indian cricket’s new iconic number, alongside 183 (team total in 1983 World Cup final) and 10 for 74 (Anil Kumble’s innings figures against Pakistan in 1999). Laxman was unbeaten on 275 at stumps on day four, tantalisingly close to becoming the country’s first triple-centurion. When he was dismissed 19 short on the final morning, he exited the ground without a regret.

“The need of the hour was quick runs,” he argues. “How could I bat for an individual milestone when the team requirements were different? I would have loved to have got to 300 while pursuing quick runs, but that wasn’t to be. I am perfectly fine with that. You don’t play for personal accomplishments; the 281 would have had little realistic value had we not won the Test.”

As if sensing skepticism, if not cynicism, he adds, without melodrama, “To me, the 167 in Sydney has greater personal significance. I was practicing and training hard (until then) but not able to convert my efforts into performances. Going into that second innings in Sydney, I told myself I must not think about the result but concentrate on the process. I was mindful it was my last innings in Australia (on that tour). As the innings progressed, I went into a state of mind where I was just reacting to the ball, not thinking what happened before or what will happen later.

“In sporting terms, people talk about being in the ‘zone’. That was the first time I experienced the feeling of being in the ‘zone’. That 167 has to be the defining knock; it convinced me I could play the best in the business, and that I could do it successfully in all conditions. It was also my first Test hundred. As a batsman, getting to your first Test hundred is extremely important. It gave me the confidence and the belief that I belong at the highest level.”

India’s scarcely believable fightback in Kolkata was fueled by other forces apart from Laxman and Dravid – notably Harbhajan (13 for 196) and Sachin Tendulkar, whose leg-spin accounted for Matthew Hayden, Adam Gilchrist and Shane Warne on the last day. “But everyone was a hero that game,” Laxman counters. “All the 11 on the field, the reserves in the dressing-room, our coach and the support staff, and the wonderful Eden crowd that lifted us in the darkest moments.

“That Test, to me, will be more than just a game of cricket. It taught me that if you put your mind to it, nothing is impossible. If you have self-belief and you trust your colleagues, you can overcome all odds. And, most importantly, that no human being is an island, you can’t do anything just on your own.”