Talking exclusively to news18.com from Thiruvananthapuram, Raiphi Vincent Gomez, the mentor and former team-mate of Sanju Samson stated that the talented batsman was a natural leader with great man-management skills and an ability to extract the best from his players.

So near, yet so far! Sanju Samson may not show his emotions outwardly as he comes across as a calm and composed guy. But deep inside, after being on the field for the entire duration of 40 overs (sans three deliveries) on Monday night – 20 overs as captain-wicketkeeper and 19.3 overs as batsman – he must have felt heartbroken. His 119 in just 63 balls with 12 fours and seven sixes were not enough to carry Rajasthan Royals across the line, chasing Punjab Kings’ 221/6.

On a pitch full of runs, and that has become the norm, especially in T20s and at the Wankhede Stadium, one hit from Samson would have clinched the deal for the Royals in his first match as RR skipper. But, as it turned out, that hit landed into the hands of Deepak Hooda in the deep as the young left-arm medium-pacer Arshdeep Singh bowled a tidy last over under pressure.

If only that hit carried more power to clear the boundary… Such are the glorious uncertainties of the game and Monday night was just another of that.

Samson, in his first match as IPL captain, did not show any signs of nerves. His former Kerala team-mate, coach and mentor, Raiphi Vincent Gomez said that captaincy comes naturally to Samson.

Talking exclusively to news18.com from Thiruvananthapuram, also Samson’s home city, Gomez said: “He is a natural captain. Captaincy is not new to him. It is a natural thing for him. He has had that man-management skills right from his younger days. He is always there to support all the players and gets the best out of them. He leads from the front, like he showed on Monday night. And, all the players love to express themselves whenever he is there, showing them the way.”

Gomez, a former India under-19 batsman and who also played for Kochi Tuskers and Pune Warriors, and was a part of the Royals squad in IPL, added: “Samson always maintains his composure even in tense moments. He is very cool. Even when the opponents were scoring very heavily, he did not panic. He was handling the situation very well. After keeping for so long, coming back and chasing that big target showed how much energy he had inside him and the grit.”

IPL 2021: Chetan Sakariya – From Tallying Accounts In Bhavnagar To Dream IPL Debut For The Royals

Monday’s performance by Samson also cleared doubt, if at all there was any, about his fitness. Being on the field for 39.3 overs and a short break for change of innings showed he was fully fit. Samson was coming off a small niggle that he sustained during the Vijay Hazare Trophy for Kerala in February.

Gomez said: “He carried on playing with the niggle for Kerala and scored some crucial runs and his presence was crucial for Kerala qualifying for the knockouts, in particular his 29-ball 61 against Railways. He aggravated his injury and came back home, did rehabilitation and started preparations for the IPL.” 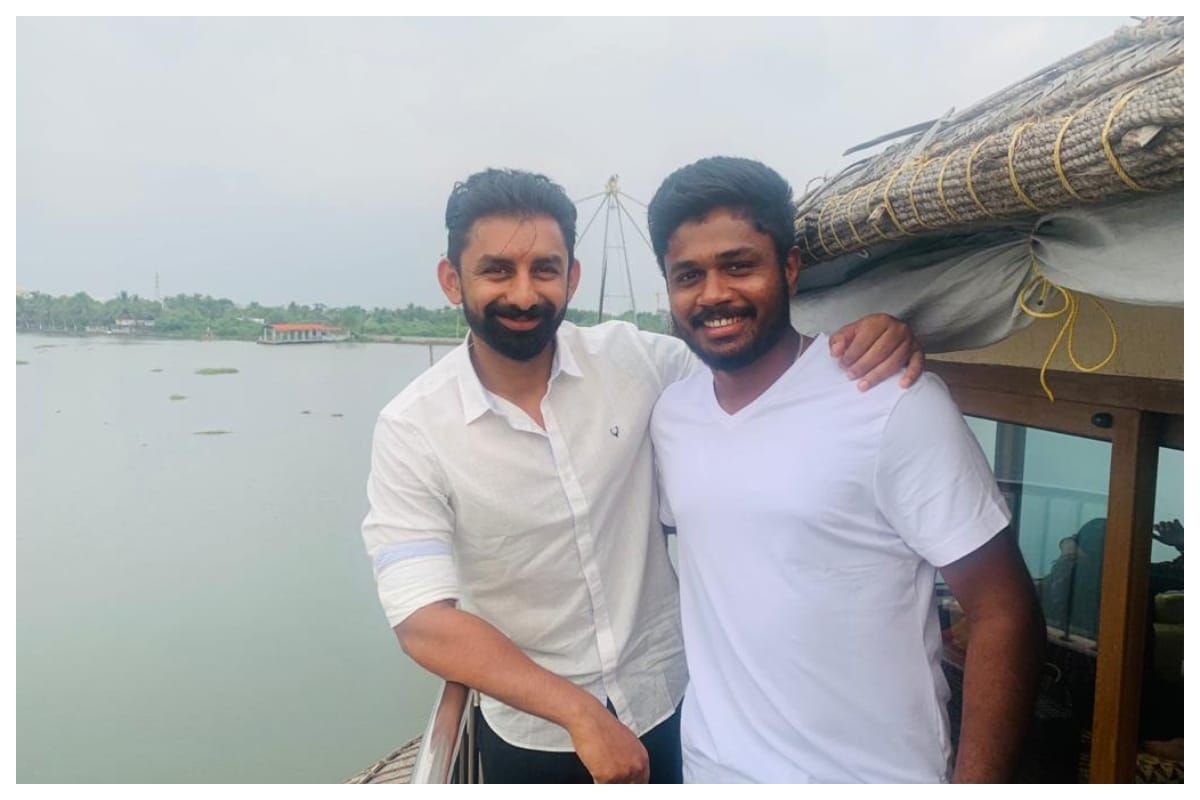 Helping him in his rehab was also the Royals’ strength and conditioning coach, AT Rajamani, “who came down to Thiruvananthapuram to work with Samson”, said Gomez.

“When it comes to fitness, Samson leaves no stone unturned. He takes care of his diet, fitness routines. Came back, rehab, started prep for IPL. Another coach, originally from Thiruvananthapuram, G Jayakumar came down from Chennai and we worked rigorously to get Samson ready for the IPL. Kerala Cricket Association and Trivandrum District Cricket Association also provided their facility at the St Xavier’s College stadium premises for Samson. He was so focussed that he used to bat daily for four to five hours besides doing his morning fitness,” the 35-year-old Gomez said.

Samson’s calmness and maturity has come from watching and sharing the dressing rooms with legendary cricketers like Shane Warne and Rahul Dravid, Gomez said.

While Samson has been a consistent scorer in IPL and for Kerala, the same has not continued for the handful of matches he has played for India in the T20Is.
In the seven T20Is that the 26-year-old Samson played, the last being in Australia last year end, Samson has scored only 83 runs, averaging 11.85, with a top-score of 23 and a strike rate of 118.57.

Gomez explained the possible reason for this drop in performance in India colours.

“For India, he mainly batted in the middle overs (opened twice, went at No. 3 once, thrice at No. 4 and at No. 7 on his debut in 2015). The strike rate needed to be high in the middle overs and he wanted to do that. It was like the roles that Glenn Maxwell and Jos Buttler play in the middle/end overs. Or for that matter, the way Deepak Hooda played last night for Punjab Kings. He was trying to play that role for the Indian team.”

Because of the niggle, Samson was not selected for the T20Is against England recently in Ahmedabad. Gomez was certain that “it’s just a matter of time when he gets big and consistent scores for India.”

While Samson’s third IPL century on Monday has made many think that he ought to be in the Indian team for this year’s ICC T20 World Cup, and he faces a lot of competition, either at the top of the order or in the middle. But Gomez, or Samson, are not really worried.

“It is his approach and consistency that we have to appreciate. His IPL strike rate in the last two seasons has been around 150. He has been among the Royals’ top-three scorers season after season over the last four years. Match results are decided on the count of sixes these days, and Samson is certainly one of the power hitters who can clear the boundary at ease.”

And, true to Gomez’s words, Punjab Kings, with 13 sixes, emerged victors by four runs as Royals managed only 11 hits over the boundary rope.

Samson’s captaincy skills were on display on Monday. Gomez noticed: “I was excited to see the way he brought and used Ryan Parag. Chris Gayle was on song and Samson brought on Ryan and he took his wicket. Samson plans how to use his bowlers. It was nice to see the field placements, especially when KL Rahul was batting, having a second slip and also the third man. The planning was there. All these things matter in captaincy.”

Gomez said that his presence has inspired others in the team, be it Kerala or RR now to lift their performances. Gomez gave the example of Kerala opener Md Azharuddeen, who played a blinder of an innings against Mumbai and helped his team chase down 196 target in just 15.5 overs in the Syed Mushtaq Ali Trophy at the Wankhede Stadium this January. Azharuddeen’s 54-ball 137 was instrumental in him bagging an IPL contract with Royal Challengers Bangalore.

Like Azharuddeen inspired by Samson, the RR team will also look at lifting their performances to greater roles and on a consistent basis so as to help the team regain the trophy that it won in the inaugural year 13 years ago. As for Samson, he will look at emulating his illustrious predecessors in the Royals camp over the years while also looking at regaining his place in the India T20I side.