Paddy Upton spoke exclusively to CricketNext about his return as the Royals head coach, importance of mental conditioning for young cricketers and the development of Virat Kohli.

New Delhi: A little over a decade earlier, South African Paddy Upton began his relationship with Indian cricket in what was then an unfamiliar role of a mental conditioning coach with fellow South African Gary Kirsten.

The 50-year-old, who also served as the Performance Director with Cricket South Africa, is now back with the Royals as the head coach for IPL 2019 which will get underway on March 23, 2019.

This time around, Upton will be assisted by Steffan Jones as fast bowling coach, Amol Muzumdar as batting coach and Sairaj Bahutule as spin bowling coach.

Upton spoke exclusively to CricketNext about his return as the Royals head coach, importance of mental conditioning for young cricketers and the development of Virat Kohli. Excerpts from an interview…

Q. This is going to your third gig as the Rajathan Royals coach. How do you see the challenge of coaching the Royals this time around?

PU: I think this time around I am going to be in a slightly different position. The Royals have evolved and matured, they also have coaches for batting and bowling who will be assisting me this time around.

Back then I was also in the beginning of my tenure as a T20 coach. Since then I have had experience of coaching in different T20 leagues around the world. Hopefully I’ll be able to bring more innovations that I have picked up along the way to my job as a Royals coach.

Q. In your time away from the Royals, you have coached Sydney Thunders to the BBL title. What are the lessons from BBL will you possibly bring to the IPL this season?

PU: There are both off-field and on-field innovations that I hope to incorporate. In off-the-field area, focus will be on the mental side. I’ll be looking at new ways to fast-track the bonding within the team. Most of the squad comes from different teams and counties, so it will be important to bring them together as a team. In on-field area, the focus will be working on strategies especially in the 10 to 17 overs period in the match. Earlier, the teams used to take it easy in this period and let the game drift.

The strategies have advanced so much that you can’t afford to take it easy at any stage of a T20 match. So one of the innovations will be to devise strategies for the middle overs of the game.

Q. In light of some player indiscretions especially by young cricketers, how important is the role of a mental conditioning coach now?

PU: I think this is a very pertinent question. For years, people have been talking about the mental side of the game. With the busy schedules and non-stop calendar that the cricketers have to deal with, there is hardly any time left for mental conditioning.

However, traditionally the head coach isn’t trained that way. In the Royals team this year, with the additional coaches that we have, it frees me to help out the players in our squad with the mental side of the game.

Q. There is a still a lot of uncertainty about IPL-12 — the dates have not been announced, nor the venues for the different franchises. How will that impact on preparation of the teams in the lead up to the IPL?

PU: It is not the first time that we are facing this situation in the IPL. We have accepted that we are faced with this and we’ll be preparing for things that are under our control. We aren’t too bothered about the different venues and dates of the matches.

Q. You must have had a look at the Royals squad. What do you think are the strengths of the Royals team this season?

PU: Zubin Bharucha (Royals’ head of cricket operations) & Co. have done a good job in building the squad. We have picked some expensive players, like Jaydev Unadkat, that add great value to the side. 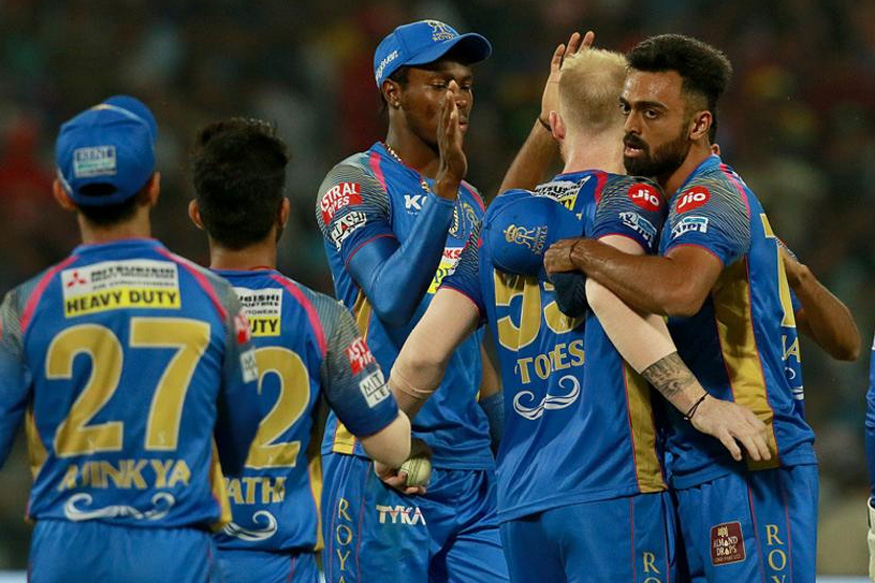 Q. You have seen Virat Kohli from his early days. How has been his development as a leader and world’s top batsmen over the years?

As a leader, his task is a complex one. The more experience that he gets, the more he’ll learn. I believe captaincy is a continuous learning process and one of evolution. Virat is doing that perfectly.