Pakistan opener Fakhar Zaman became the sixth international batsman and the first Pakistani player to score a double hundred, when he smashed 210 off just 156 deliveries against Zimbabwe in the fourth ODI at Bulawayo. Pakistan ended at 399/1, which is the highest score for Pakistan in ODIs.

Zaman joined an elite list of players – Sachin Tendulkar, Virender Sehwag, Rohit Sharma, Chris Gayle and Martin Guptill – as the only players with double-hundreds in ODIs. Sharma still remains the only player with multiple double-centuries (3). 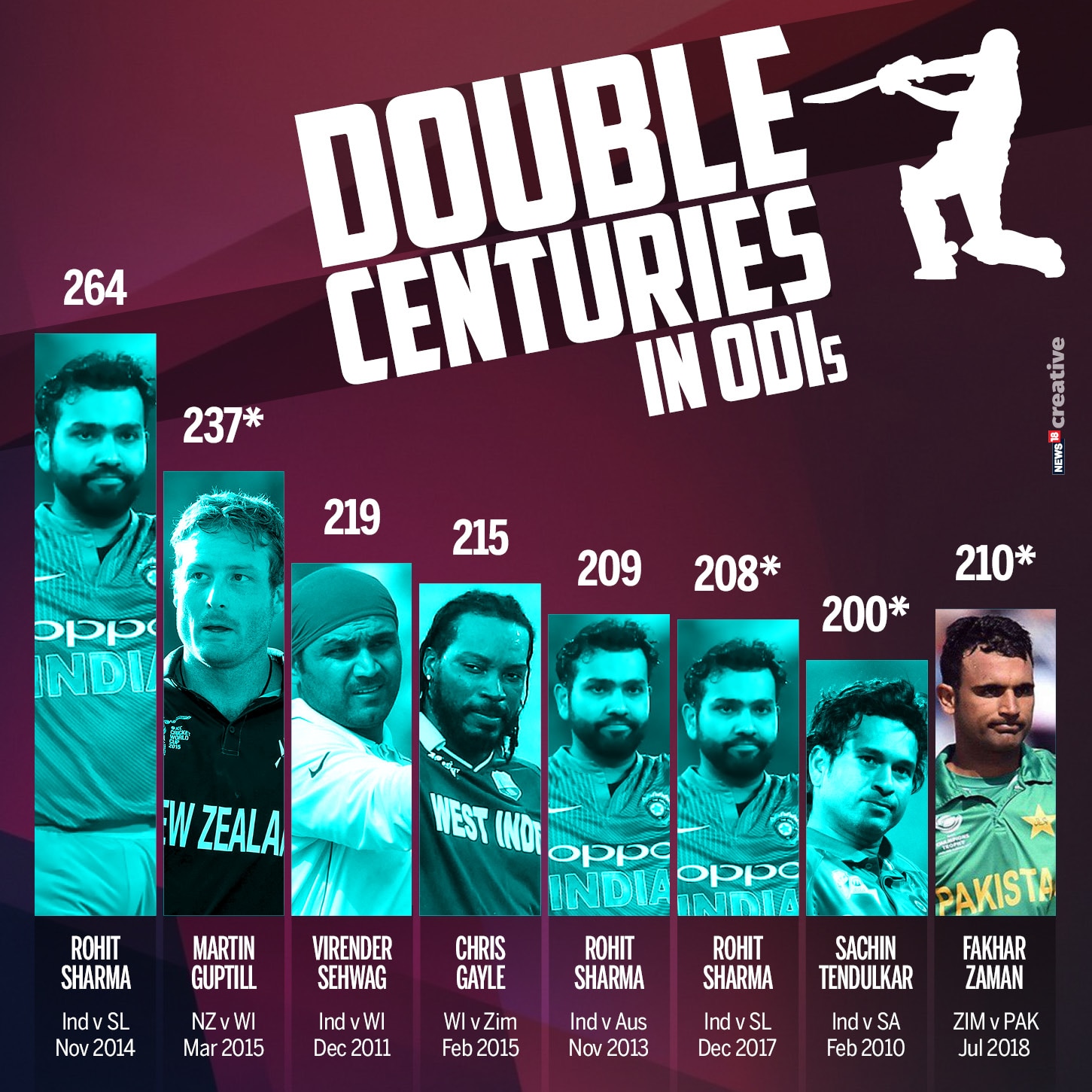 Imam-ul-Haq and Zaman put on a 304-run opening stand on a flat wicket, which is also a record for highest opening partnership in ODIs. Zaman completed his ton off 92 balls and then stepped on the accelerator, reaching the 150 mark off just 115 deliveries. He smashed 24 boundaries and five sixes in the innings. It was also a record for boundaries smashed by a Pakistani batsman in an ODI innings.

The opener also broke Saeed Anwar’s record of highest score by a Pakistani player in ODIs. Anwar had scored 194 against India in 1997.

It was the first time that Pakistani openers have scored four centuries in an innings, two each for Zaman and Imam. Zaman now has 980 runs in 17 innings and needs just 20 runs in three innings to become the fastest player to 1000 ODI runs.

Zaman is also the least experienced player to score a double hundred, needing only 17 matches, all the other players had played atleast 100 games before scoring a double ton.

WHAT AN INNINGS!@FakharZamanLive hits the first ODI double century for Pakistan! 💯💯

He passes Saeed Anwar's previous record for Pakistan of 194!

Interestingly, two left-handers have scored double hundreds in ODIs and both against Zimbabwe.