Pakistan captain Sarfraz Ahmed said Fakhar Zaman was in the "best form of his life" after the opener cracked a career-best 91 to help set up Pakistan’s six-wicket win over Australia in the final of the Twenty20 tri-series at Harare Sports Club on Sunday. 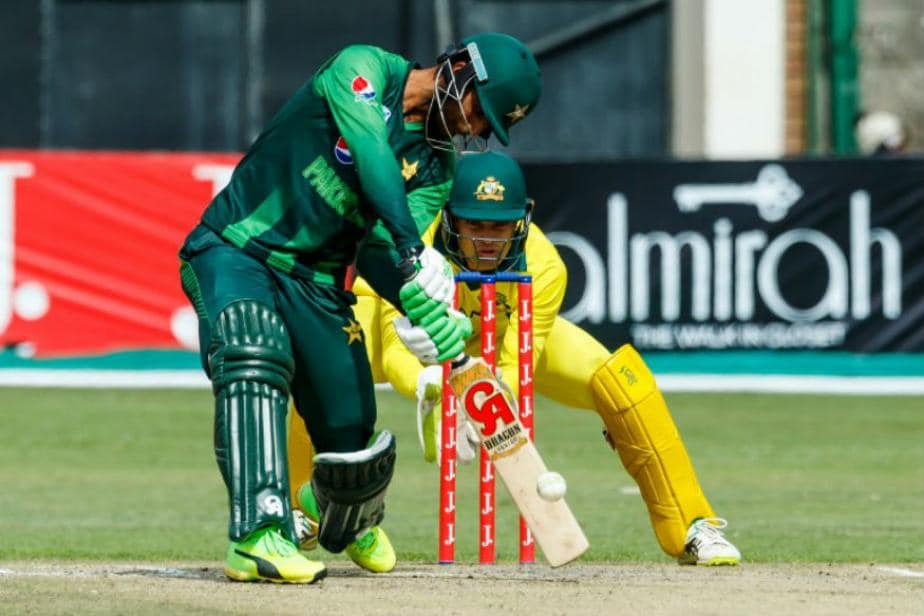 Pakistan captain Sarfraz Ahmed said Fakhar Zaman was in the "best form of his life" after the opener cracked a career-best 91 to help set up Pakistan’s six-wicket win over Australia in the final of the Twenty20 tri-series at Harare Sports Club on Sunday.

"I think nowadays he’s in the best form of his life," Ahmed said of Zaman, who was named player of the series for his 278 runs.

"The way he’s batted throughout the series, it’s good for us, and good for his career. He performs in big games, consistently. In the Champions Trophy, in the final, he got that hundred. In New Zealand, he scored a fifty and then a 40 odd. He’s a big game player and he’s getting better day by day."

Zaman shared in a century stand with Shoaib Malik as Pakistan recovered from an early wobble in their pursuit of Australia’s 183 for 8, and Malik then showed all the experience of an 18-year international career to see his team home in their highest ever successful T20I run chase with an unbeaten 43.

It looked as though Australia had produced a masterstroke in opening the bowling with Glenn Maxwell’s offspin as debutant Sahibzada Farhan was stumped off the first ball he faced and Hussain Talat sliced a catch to point three balls later to derail Pakistan’s chase.

Australia threatened to storm to victory, but Zaman quickly set about re-building the innings. First, he added 45 with captain Sarfraz Ahmed to take his team out of immediate danger, and he then added 107 for the fourth wicket with Malik to seize the advantage for Pakistan.

When Zaman fell cutting out to deep cover, Pakistan still needed 30 from 24, but while Malik remained at the crease their chase was always safe. The victory capped a mixed day for Pakistan.

"We know they’re an emotional team, and they’re a highly skilled team," said Australia captain Aaron Finch. "When they’re on, they’re incredibly good. We let them back into the game with bat and ball today."

Finch was given a first-ball reprieve when he was dropped by Malik in the deep after top-edging a hook, and several misfields allowed any pressure with the new ball to be immediately dissipated.

Their errors allowed Australia to get off to a flier, with Finch putting together a 95-run opening stand with D’Arcy Short. Short was also dropped just after he had reached a 39-ball fifty, but he could not better his previous T20I high score of 76 and Pakistan’s bowling at the death kept Australia in check.

From 95 for 0 after the first 10 overs, Australia lost 8 for 88 and their 183 for 8 was not quite enough to better Pakistan in the final analysis.

Their defeat means Australia have won just three of the last 11 internationals they have played on their tours of England and Zimbabwe. Although consistent success continues to elude them, coach Justin Langer suggested that his charges would be all the better for the experience.

"We’ve shown our inexperience over the last six weeks, but we’ll be much better for it," said Langer, who also hinted that Finch could also assume the captaincy role in Australia’s one-day side.

"After this tour we’ll have a really really close look at everything we’re doing at the moment including our leadership, which is such an incredibly high priority in Australian cricket. Finchy has definitely put his best foot forward in this series.