Proud That I Can Shoulder Family's Responsibility: Siraj

The day Mohammed Siraj was picked up by Sunrisers Hyderabad at the IPL auction for a whopping Rs 2.6 crore, he had only one dream. That was never to let his father Mohammed Ghaus drive auto rickshaw again and he kept his promise. 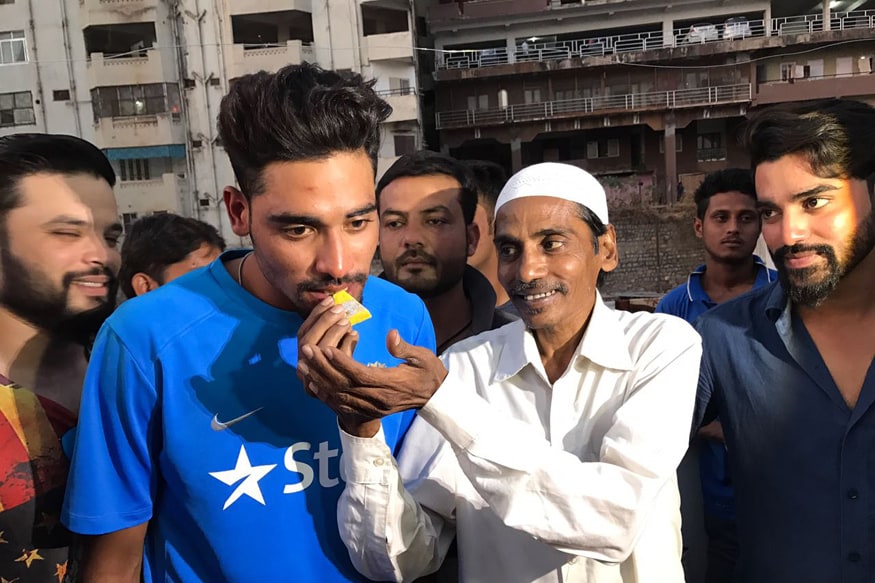 New Delhi: The day Mohammed Siraj was picked up by Sunrisers Hyderabad at the IPL auction for a whopping Rs 2.6 crore, he had only one dream. That was never to let his father Mohammed Ghaus drive auto rickshaw again and he kept his promise.

Savouring his maiden call-up to the Indian team for the T20 series against New Zealand, one could gauge the sense of satisfaction in Siraj's voice.

"I feel proud that at 23, I am good enough to shoulder the responsibility of my family. The day I got an IPL contract, I told my father that I won't let him work anymore.

Usi din se maine father ko bola ki aap abhi rest kaaro (that very day I told Dad that now you can rest). And yes, I have shifted with my family to a new house," Siraj told PTI during an interaction today.

The 23-year-old right-arm pacer has been on the fringes with some decent performances for India A but he didn't expect a call-up this early.

"I knew that some time in future I will get a call-up but did not expect it this soon. I can't tell you how happy I am.

When I told my parents, they were speechless. It's a dream come true," said ecstatic Siraj, who is gearing up for tomorrow's Ranji Trophy game against Karnataka.

While IPL got him recognition, Siraj feels that it's his hardwork in the Ranji Trophy during the 2016-17 season for Hyderabad that has resulted in all the success that he has got.

"Whatever I am today is primarily because of Ranji Trophy performance. My 40-odd wickets last season gave me the confidence. There's nothing like getting wickets in first-class cricket. I was picked for Rest of India after that and because of Ranji Trophy, I got the IPL deal. So 60 per cent credit for this call-up is performance in first-class cricket," he said.

Siraj said that Indian team bowling coach Bharath Arun's tips when he was with Hyderabad last year proved to be of immense help.

"I can't tell you how much I am indebted to Bharath Arun sir. He is a brilliant coach. Last year, he was with the Hyderabad team and for the first time, I got an insight to the kind of variations needed to survive at the highest level. He told me about the variations in slower deliveries, how to bowl a knuckle ball. All these things helped me when I played IPL," the speedster said.

He also thanked Sunrisers teammate Bhuvneshwar Kumar and Ashish Nehra for their encouragement during the cash-rich league.

"Bhuvi bhai encouraged me a lot during IPL. He would come up with lot of valuable suggestions on what areas to hit at the death, the lengths for particular batsmen," Siraj said.

Playing for India A during the past few months including a trip to South Africa and matches against New Zealand A has helped him mature as a bowler.

However India A coach Rahul Dravid told him that he did not need to try anything fancy and keep on doing what has worked for him till now.

"Dravid sir told me that I need not change anything in my bowling. His advice has been pretty simple. Do what has got you success till now. Hopefully, I can replicate my success at the highest level," he concluded.