White-ball specialists Aaron Finch and Travis Head will make their Test debuts in the series-opener against Pakistan in Dubai, Australia coach Justin Langer has confirmed. 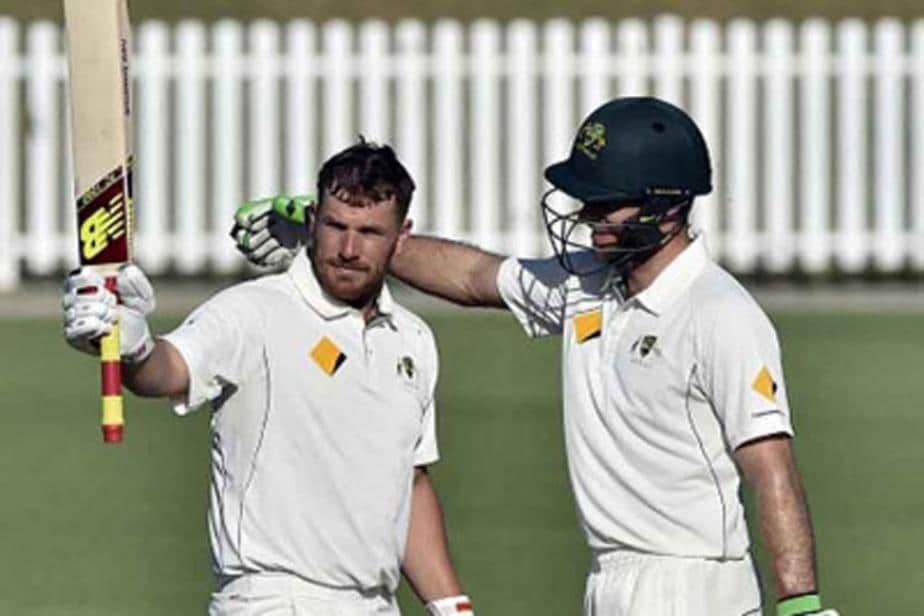 White-ball specialists Aaron Finch and Travis Head will make their Test debuts in the series-opener against Pakistan in Dubai, Australia coach Justin Langer has confirmed.

Both players scored half-centuries in Australia's drawn tour match against a Pakistan A side, convincing Langer to award them their first caps in the five-day format.

"There was never any doubt over those two for me, I thought they were certainties to play," Langer said ahead of his first Test assignment as Australia coach after taking over from Darren Lehmann in May.

"Travis Head – his improvement over the last … six months is absolutely amazing. He's starting to look like an AFL (Australian Football League) player, he's really fit. The way he's adapted his game and improved his game, particularly against spin. He played brilliantly in the Australia A stuff, he's really impressive and he deserves to have a Baggy Green cap.

"Aaron Finch – I can't wait to see him play Test cricket. He's been brilliant in white-ball cricket over the last few years, he's got the temperament for international cricket. He's playing really well. He's one of the leaders of our group."

Despite the pair making certain of selection, doubts remain in other areas of captain Tim Paine's team, with opener Matt Renshaw picking up a head injury after being struck by the ball during the tour game that ended on Tuesday.

"I think Matthew Renshaw will be physically fine -- the one thing he's got is he hasn't played much cricket," Langer said. "He went on the Australia A trip, he got a hamstring strain... he hasn't spent much time in the middle. That's going to be the issue for him.

"It's going to be an instinct call. We've got to weigh up what he's done in the past. He's obviously a very good young player. We've got to work out whether he's spent enough time out in the middle to be ready for a Test match."

Renshaw's possible absence could pave the way for South Africa-born Marnus Labuschagne, who came in at No.6 against Pakistan A and scored an unbeaten 39 in Australia's only innings. The 24-year-old, who can also bowl part-time leg-spin, was a surprise inclusion in the 15-man squad but played a key role in Queensland's Sheffield Shield triumph earlier this year.

"We've seen in the history of Australian cricket a lot of people take their opportunities through injury," Langer said.

"I thought Marnus fielded brilliantly, was really good with the bat (against Pakistan A), and bowled a few overs. He's certainly put a strong case forward for selection as well."

Australia are likely to opt for a second paceman to support left-armer Mitchell Starc and uncapped Queensland quick Michael Neser may get the nod over workhorse Peter Siddle, with Langer impressed by his spells against Pakistan A.

"He has a red-hot dip every time he plays, he's a good fielder, he's brilliant around the team," Langer said of 28-year-old Neser.

The first match of the two-test series will be staged at Dubai International Stadium from October 7.