Former Pakistan pacer Shoaib Akhtar recalls how the pressure of potentially breaking the 100 mph barrier in international cricket led him to train harder. 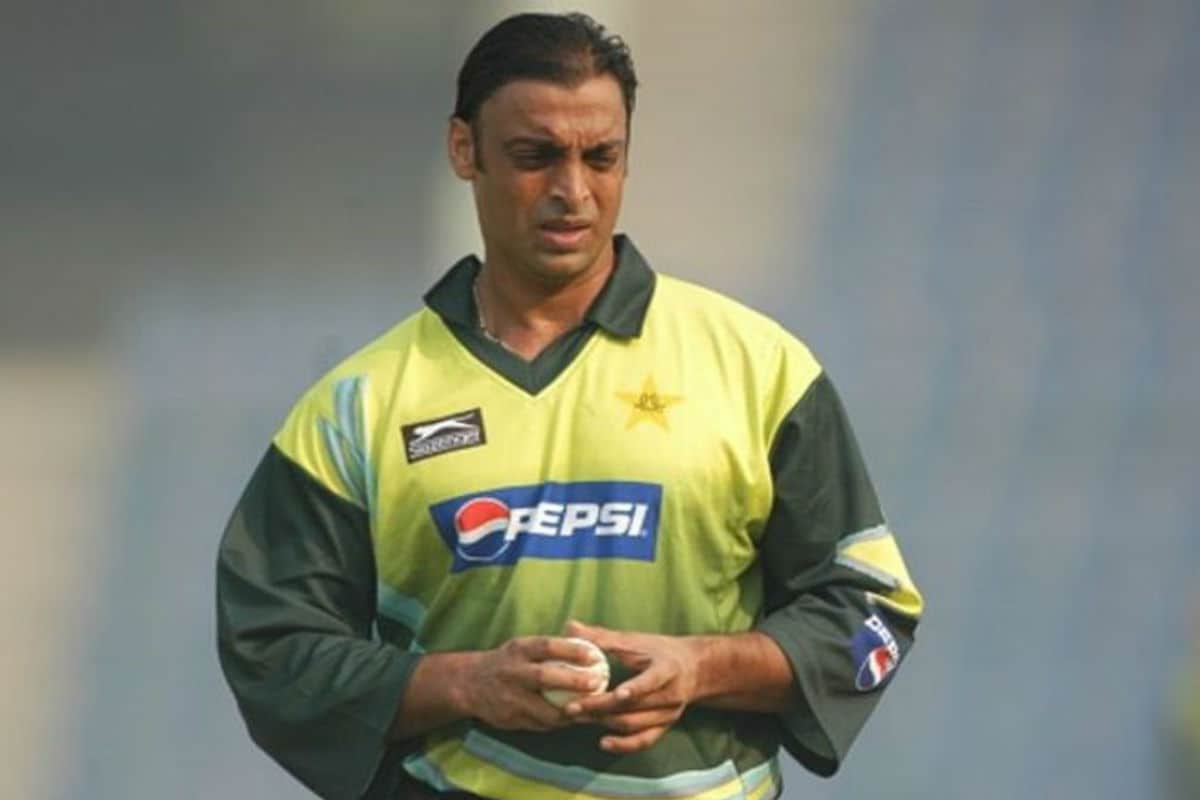 Former Pakistan pacer Shoaib Akhtar recalls how the pressure of potentially breaking the 100 mph barrier in international cricket led him to train harder.

Akhtar revealed how he would run around with weights on his back and also bowl with an object heavier than a standard cricket ball to gain a few yards of pace, leading to the record-breaking delivery in the 2003 World Cup.

"Breaking the 100mph barrier wasn't a big deal to me. It was just media hype, an international cricket gimmick. I wasn't getting paid for this - to break my bones trying to bowl that fast," he tolld the BBC's Doosra podcast.

"I just thought, 'for heaven's sake, I need to finish this and just do it.' So I planned it all out, I started training for it.

"I ran with 170kg weights on my back, taking 20kg off after every 100 metre sprint. I also used to bowl from 26 yards with something much heavier than a cricket ball. When I came back to the 22 yards, I was about 6km/h (3.7mph) quicker.

"I planned to bowl it against Nick Knight. I said to him, 'I'm going to hurt you, so make sure you stay out of the way.' I told him I'd bowl 100mph in that over, on that exact ball."

Akhtar was a colourful character both on and off the field, and it is that personality that has allowed him to retain a sense of popularity among cricket fans.

However, the controversial former fast bowler also bemoaned the lack of such characters in the modern game and gave a few interesting anecdotes about fights he picked in the past, including with Matthew Hayden and Andrew Flintoff.

"There are no characters left in the game. Apart from Ben Stokes, where are they? The ones who are up for the fight?

"Me and Australia's Matthew Hayden once got into a fight at breakfast - we were wanting to hurt each other. Then when we got into the ground there was a verbal war. He's twice the size of me but I told him size doesn't matter in the fight.

"What we did with each other was very bad but the crowd loved it, I loved it, he took me on. I said to him, 'you're not a better-looking cricketer than me, you're very ugly so I want to get you out and get rid of you so I don't see your face.'

"Once, in the ICC Super Series, I was injured and I told Freddie Flintoff I was not fit. He said, 'you were born unfit' and 'you look like a Tarzan but you bowl like Jane'.

"So when he was next touring Pakistan, the verbal wars started with Flintoff. I told him he had woken me up by what he said to me back in Australia.

"In that series, I bowled the fastest ever. My last spell was faster than the first one. Freddie was badly hurt, he had no answers, I got him out a few times in that series.

"But these are the types of characters that need to re-emerge in the game."