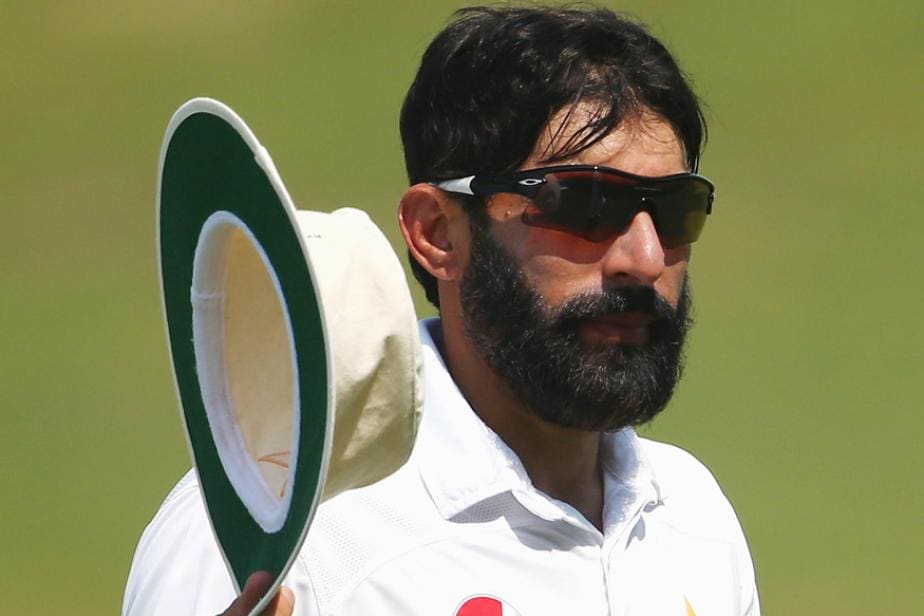 Former Pakistan cricket heavyweights on Saturday asked Misbah-ul-Haq to call time on his illustrious career, blaming his poor batting and uninspired captaincy for a 3-0 whitewash to Australia.

Former Pakistan cricket heavyweights on Saturday asked Misbah-ul-Haq to call time on his illustrious career, blaming his poor batting and uninspired captaincy for a 3-0 whitewash to Australia.

Misbah, who at 42 is the oldest current international cricketer, capped a miserable series with a 220-run defeat in the third and final Test in Sydney on Saturday, his final score of 38 accounting for half of his entire run-tally (76).

It was Pakistan's fourth consecutive 3-0 whitewash in Australia since 1999, and their twelfth straight defeat.

After the loss Misbah said he would take his time to decide on the future -- a reversal of an earlier announcement that he would quit following the defeat in the second match last week.

Since taking over the captaincy in the wake of the spot-fixing scandal in 2010, Misbah has led Pakistan in 53 Tests, winning 24 losing 18 and drawing 11.

He also briefly led his team to world number one Test rankings last year, despite playing no matches at home due to the prevailing insecurity. The feat earned him widespread acclaim throughout the cricketing world.

But former captain turned commentator Ramiz Raja said it was now time for Misbah to move on.

"I think Misbah's time is up," he told AFP. "Every sportsman goes through this phase and captain Misbah has offered enough so it's time to move on.

"I think a captain can only give his best for five years -- a period where he gives his maximum -- and then his flow chart goes down.

"After that opponents know about his strategies and Misbah has spent that in a glorious way. He has played his innings well to become Pakistan's most successful skipper," he added.

Raja, a former CEO of the Pakistan Cricket Board, added that Misbah's captaincy had taken a sharp turn for the worse in the series, with bizarre field placements and a failure to inspire his charges.

"I think Misbah was let down by his bowling and his field placings were not accurate either," he said.

Pakistan's trump card leg-spinner Yasir Shah took only eight wickets in the series, conceding a whooping 672 runs -- the most by a bowler in a three-match series.

It's not my call but perhaps if I was in Misbah's place I would have quit at this point, having achieved so much," he told AFP.

"When I lost 3-0 in Australia in 1999 I was replaced as captain despite the fact we fought hard in the first two Tests -- but a defeat has such consequences," he added.

Wasim said Younis Khan, Pakistan's all-time leading Test batsman and a fellow veteran aged 39, had prolonged his career by finally hitting a big score of 175 not out in the final match of the series.

"Before the third Test I was of the opinion that Younis should also go but he batted well and can play for some more time," he said.