India vs Australia 2020: From Praveen Kumar to Dilip Doshi - India's Best Bowling Performances Down Under

As the ODI series between hosts Australia and India gets underway from the 27th of November at the SCG, we look back at 5 of the best bowling performances by India against Australia in their own backyard over the years.

As the ODI series between hosts Australia and India gets underway from the 27th of November at the SCG, we look back at 5 of the best bowling performances by India against Australia in their own backyard over the years. We list them in descending order of supremacy. The performances have been ranked taking into consideration several factors – the number of wickets taken, quality of wickets, situation of match and context of performance, relevance of the match and importance of the tournament/series.

Also read: ‘Strike’ Bowler Mohammed Shami Raring To Have A Go At The Aussies 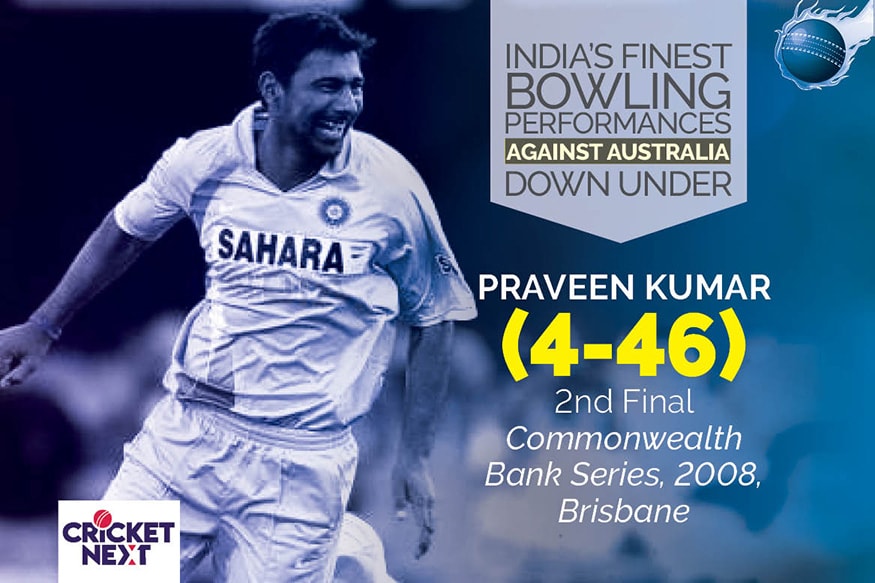 India had beaten Australia in the first final at the SCG. Tendulkar top-scored once again and his 91 helped India post a competitive 258 for 9 in the second final in Brisbane. But the job was only half done. Australia had a world beating side and an explosive batting line-up and India needed wickets with the new ball. They had an unlikely hero in Praveen Kumar! Kumar saw the back of the dangerous Gilchrist off the third ball of the Australian innings. He then dismissed the Australian skipper, Ponting for 1 in his second over before cleaning up Michael Clarke off the last ball of the 9th. Australia had lost three of their best within the first 10 overs with just 30 odd on the scoreboard. He returned to pick the wicket of Brett Lee in the 47th over – Lee was giving invaluable support to James Hopes and the pair had put together a threatening 29-run stand for the 7th wicket. India won by 9 runs and with it were victorious in the Commonwealth Bank Series – a major and rare triumph for India in Australia! Kumar returned with 4-46 in 10 overs – this included two maidens. The context of his performance with respect to the relevance of the match and the quality and timing of his wickets make his performance stand out and rank atop all others. 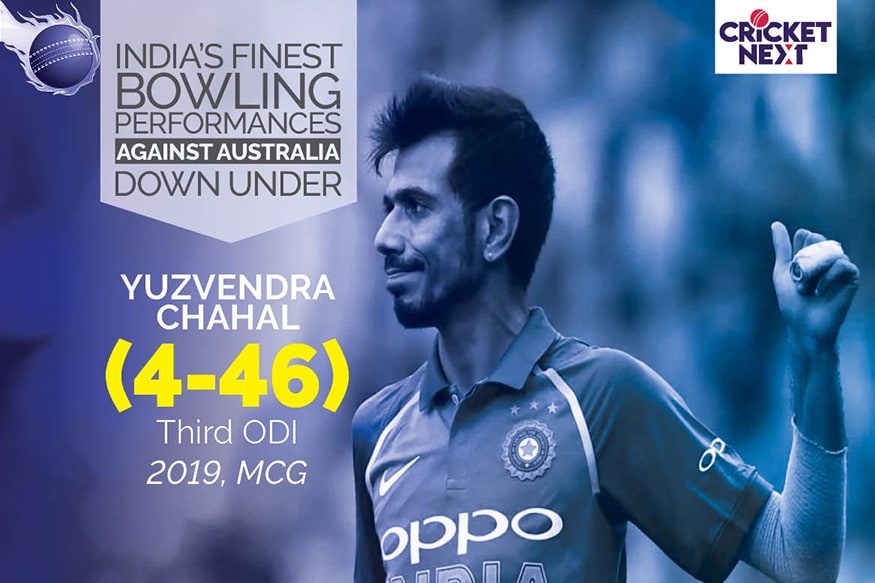 The three-match series was tied at 1-1 with all to play in the decider at the MCG. Bhuvneshwar Kumar got the Australian openers – Carey and Finch early but the hosts fought back through Marsh and Khawaja who had taken the score to 100 in 23 overs. India needed a breakthrough. The leg-spinner, Chahal was their man! He got Marsh stumped and then induced a leading edge from Khawaja for a simple caught and bowled – Chahal had turned the match on its head with two wickets in an over. He then foxed Stoinis with a peach of a leg break and had him caught at slip – Australia were reduced to 123 for 5 in the 30th. Chahal wasn’t done yet! He returned to pick three more wickets – of Jhye Richardson, the innings’ highest-scorer, Peter Handscomb and Adam Zampa – in three successive overs (44, 46 and 48) – Chahal’s 6-42 in 10 overs restricted Australia to 230. India went on to register a famous win by 7 wickets with 4 balls remaining and with it took the series 2-1. Chahal’s figures are the best by an Indian bowler in Australia. It was the biggest ODI world tournament outside the World Cup with all 7 Test playing nations of the time participating. India had already beaten Pakistan and England and wanted to continue with the momentum. Australia had won one and lost a match which made the encounter a do or die for them. A big pressure match against the hosts at the iconic MCG with a hostile crowd – India were up against it.Roger Binny, the fine right-arm swing bowler from India, who played a leading role in the 1983 World Cup, struck early and gave India the early ascendancy in the match – he went past the defense of opener, Graham Wood and skipper, Allan Border – Australia were in tatters at 17 for 3 and could never really recover from this initial setback. They were finally bowled out for 163. Binny returned with 3-27 in 7.3 overs. India went on to register a thrashing 8 wicket win with almost 14 overs to spare. This performance was a huge morale booster for the Indians and motivated them in the knockouts – the semi-final against New Zealand and final against Pakistan. Binny had played a pivotal role in a big match of a tournament India went on to win a few days after. It was a historic occasion! India was playing its first ODI on Australian soil against the home team at the iconic MCG. Sandeep Patil’s quickfire 64 had helped India to 208 for 9. Dilip Doshi, the slow left-arm orthodox bowler, on his ODI debut, then saw the back of Greg Chappell, Allan Border and Doug Walters and created havoc in the Australian middle order. His spell effectively ended the Australian chase and they were cleaned up for 142 in the 43rd over handing India a 66-run victory. Australia, electing to bat first, were given a great start by Marsh and Boon but after their dismissals ran into an in-form Kapil Dev. The Indian captain saw the back of Border, Dean Jones and Steve Waugh and rattled the Australian middle order. The home team lost their way and did not have a great end to their innings finishing with 235 for 7 in their allotted 50 overs.Kapil returned with 4-30 in his 9 overs. He was also very restrictive – a quintessential Kapil Dev quality in ODI cricket – in fact, he was the most economical bowler of the match.India chased down the target with 6 wickets in hand and 7 balls to spare.