Back to News18
Home » Cricket Home » News » From Washington Sundar To Mohammad Siraj, From Shubman Gill To Shardul Thakur To Suryakumar Yadav - The Spectacular Show Of The Indian Debutants

From Washington Sundar To Mohammad Siraj, From Shubman Gill To Shardul Thakur To Suryakumar Yadav - The Spectacular Show Of The Indian Debutants

Never before in India's cricket history have so many debutants made such an impact in such a short period of time and collectively produced one great performance after the other in tough situations and circumstances. 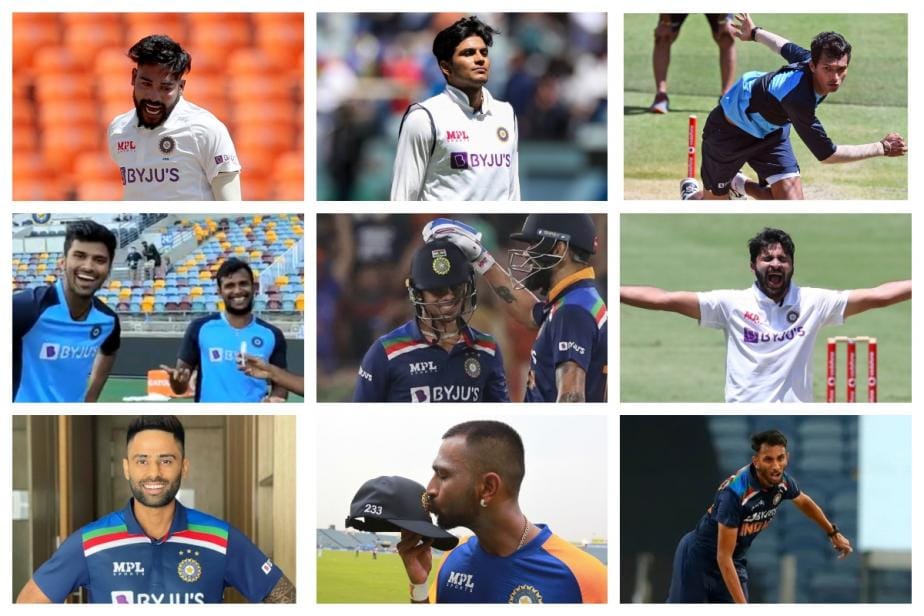 The last four months have been very special for the men’s Indian cricket team. They won a historic Test series against all odds in Australia and then came back to beat a spirited England in the home series in February before overhauling them in the T20I series. But what stood out, both Down Under and against England was the number of stars India unearthed in the last 120 days – never before in India’s cricket history have so many debutants made such an impact in such a short period of time and collectively produced one great performance after the other in tough situations and circumstances.

Mohammed Siraj picked five wickets on his Test debut at the MCG. Filling in for India’s strike bowler Mohammed Shami and after the horror of 36 All Out in Adelaide, Siraj saw the back of Marnus Labuschagne and Cameron Green in the first innings before again getting Green along with Travis Head and Nathan Lyon in the second. He then returned with a fifer in the second innings of the series decider at The Gabba including the wickets of Steven Smith and Labuschagne – Siraj bowled with heart, pace and accuracy and was India’s lead bowler in the absence of the quartet in Brisbane. He ended the series as the highest wicket-taker for India – a remarkable effort for a debutant against a full-strength Australian side in their own backyard.

Siraj again put his hands up and delivered in the big fourth Test against England in Ahmedabad. Replacing Jasprit Bumrah, he got the massive wickets of Joe Root and Jonny Bairstow early in England’s first innings to give the visitors a double jolt – England could not quite recover and were bowled out for 205 giving India ascendancy in the match.

Shubman Gill made his Test debut along with Siraj at the MCG and scored a sublime 45 off just 65 deliveries in the first innings even as India lost the wicket of Mayank Agarwal early. He gave India the impetus at the start of the innings against the world class trio of Mitchell Starc, Josh Hazlewood and Pat Cummins which provided the stand-in-captain Ajinkya Rahane the platform to come out and produce that majestic match-changing hundred. Gill’s timing and shot-making stood out in the second innings too as he remained unbeaten on 35 off 36 deliveries.

Gill then top-scored for India in the crucial third Test at the SCG with 50 off 101 deliveries in the second innings. His 70-run opening wicket stand with Rohit Sharma was the highest first wicket partnership (and the first half century stand) for India in SENA countries in the last 15 innings. He again combined with Rohit and the pair put together 71 for the first-wicket in the second innings. But the right-hander had reserved his best for the last. He scored a sublime 91 off 146 deliveries (top-score for India) giving India the platform in their record chase of 328 at The Gabba. He was not fazed or intimidated and did not show any nerves even after the early fall of Rohit and partnered with Cheteshwar Pujara to put together a match-defining century stand for India in the fourth innings.

Gill then registered a fifty in the second innings of the series opener against England in Chennai.

Navdeep Saini made his debut in Sydney and returned with four wickets in the match – these included two top-middle order wickets. Saini got the wickets of Labuschagne and Wade in successive overs which halted Australia’s charge which in turn meant that they consumed more overs in their second innings.

The Gabba Test also saw the emergence of two other great finds for India in Test cricket – Washington Sundar and T Natarajan.

Sundar produced a match-defining 62 in a match-changing stand with Shardul Thakur again when the top and middle order had failed in the series decider on Test debut against one of the best bowling attacks in the world in their own backyard – that requires skill, courage, temperament and buckets full of guts! He also chipped with produced a masterclass unbeaten 85 in the first innings of the series opener in Chennai and then a match-changing and series-defining 96 in the final Test in Ahmedabad where he combined with Rishabh Pant and then Axar Patel to produce two back to back hundred partnerships for India.

Natarajan picked three wickets in his first outing for India including the big ones of Wade and Labuschagne at a critical juncture in the match.

Shardul Thakur did not quite make his debut at the Gabba but playing just in his second Test picked three wickets in the first innings and then top-scored for India with 67 batting at number 8. His stand with Sundar was the defining partnership of the match. He also showed his prowess in the shorter formats and returned as the highest wicket-taker with 8 wickets from the five-match T20I series against England.

The India-England T20I series saw the rise of two other debutants – Ishan Kishan and Suryakumar Yadav. Kishan produced a match-winning 56 off just 32 deliveries on debut in the second match of the series laying the platform for a successful Indian chase. Suryakumar Yadav hammered two defining knocks in his first two outings with the bat for India. He scored 57 off just 31 deliveries even as the big runs failed around him paving the way for a big total by the home team which ultimately gave India a series-levelling 8 run victory. Yadav then smashed a defining cameo 32 off 17 deliveries in the decider building on the momentum provided by Rohit Sharma and helping skipper Virat Kohli anchor the innings.

A change in format from Tests and T20Is to the ODIs but India kept unearthing the stars. It had almost become a habit by now. Prasidh Krishna returned with the best bowling figures by an Indian bowler on ODI debut as he bagged 4-54 in the opener against England in Pune. The match also saw the elder of the Pandya’s – Krunal – representing the country for the first time in the 50-over format – hammer a match-defining 58 off just 31 deliveries batting at number 7 for India – clean-striking and the range and swing of his shot-making were the striking features of his debut innings in the format.

It has been a rare four months for India across formats. One after the other, the team has unearthed one gem after the other, who without any fear or nerves have come out and expressed themselves and produced stunning performances in their debut matches/series against two of the best opposition attacks in the world.

To combine and collectively and consistently produce such high-impact performances in successive matches and series requires phenomenal ability and talent and a unique sense of bonhomie and camaraderie in the dressing room. It also shows a robust and solid domestic set-up in the country which throws up such talent one after the other.

This is indeed a very special time for Indian cricket!