Back to News18
Home » Cricket Home » News » Gambhir Hits Back at Afridi Over Kashmir Remark, Says Jokers Can Continue to Spew Venom

Gambhir Hits Back at Afridi Over Kashmir Remark, Says Jokers Can Continue to Spew Venom 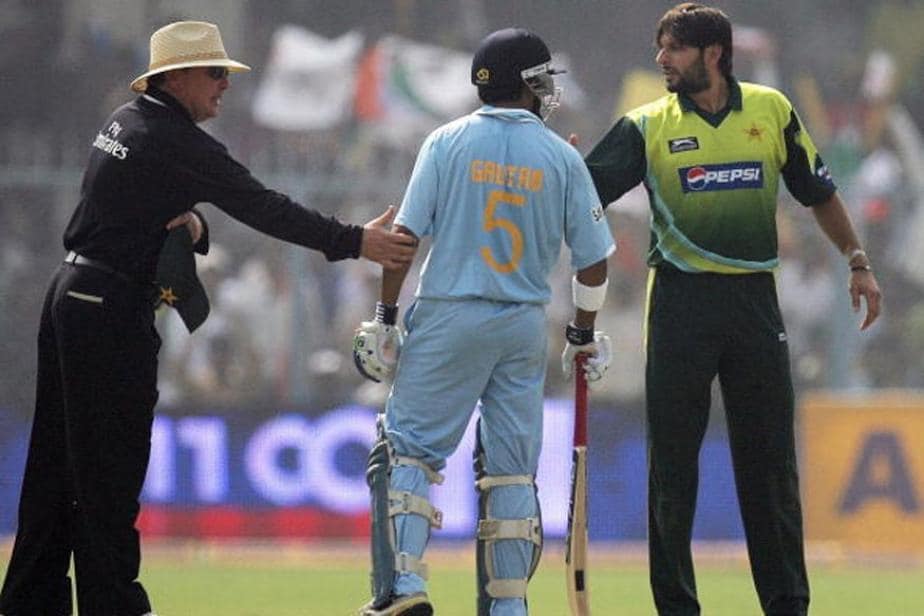 Afridi had earlier said that it 'does not take a religious belief to feel the agony of Kashmiris...just a right heart at the right place.'

"Save Kashmir," Afridi said in a tweet on Friday.

Both former cricketers have been engaged in a long running war of words on topics ranging from politics to their own respective careers in cricket. It was ignited by Afridi's scathing remarks with respect to Gambhir in his autobiography.

A quote from the book emerged recently in which Afridi said that Gambhir is 'barely a character in the great scheme of cricket' and he 'behaves like he's a cross between Don Bradman and James Bond.' Afridi also said that Gambhir 'has no great records.'

"Someone who doesn't remember his age how will he remember my records! ok. Shahid Afridi let me remind you one: 2007 T20 WC final, Ind vs Pak Gambhir 75 off 54 balls vs Afridi 0 off 1 ball. Most important: We won the Cup. And yes, I've attitude towards liars, traitors & opportunists," Gambhir tweeted in reply.