Back to News18
Home » Cricket Home » News » Gould Ruled Sachin Not Out on 190-odd Owing to Crowd Pressure: Steyn

Gould Ruled Sachin Not Out on 190-odd Owing to Crowd Pressure: Steyn 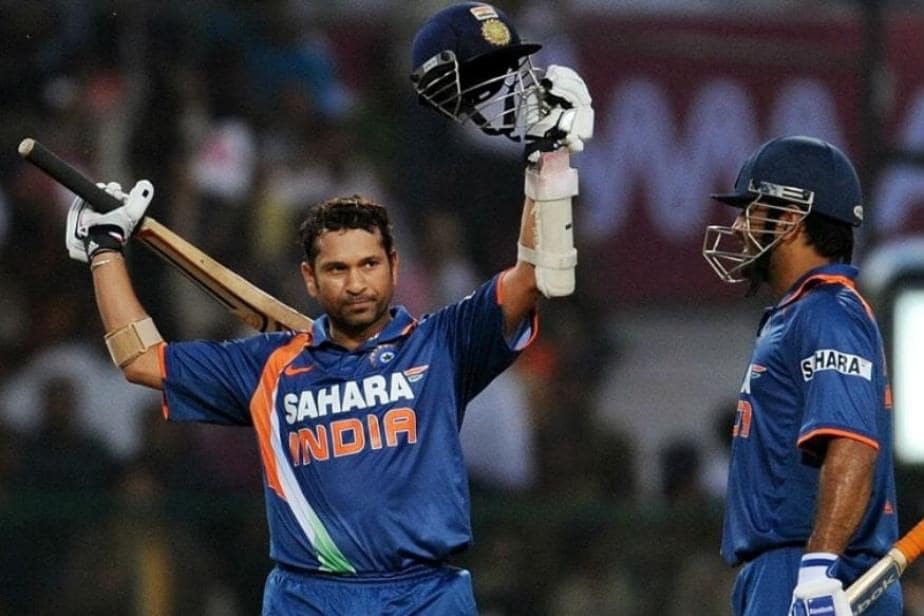 Sachin Tendulkar's name will remain etched in history as not only one of the legends of the game, but also as the first batsman to score a double century in ODIs in 2010.

London: Sachin Tendulkar's name will remain etched in history as not only one of the legends of the game, but also as the first batsman to score a double century in ODIs in 2010.

But South Africa pacer Dale Steyn believes that he had trapped the batsman plumb in front in the 190s, only for umpire Ian Gould to give it not out citing crowd pressure.

"Tendulkar scored the first double hundred in ODI cricket, and it was against us in Gwalior. And I actually remember -- I think I got him out lbw when he was about 190-odd. Ian Gould was the umpire, and he gave him not out," the South Africa pacer said during the Sky Sports Cricket Podcast with England bowler James Anderson.

Gould had another interesting incident involving Tendulkar and that was during the 2011 World Cup semi-final between India and Pakistan in Mohali. While he gave Tendulkar LBW, the batsman took DRS and the decision was overturned.

"When I gave him out at Mohali, I'm thinking this is out. I will sit here and guarantee you, if I see it again, I'd still give it out, simple as that. He talked to Gambhir and looked like he was going to walk out, and I'm thinking thank God for that, then he spun on his heels and made that T sign and the world stopped," Gould told BBC 5 Live Sport.

"Eventually, (third umpire) Billy Bowden told me 'It's missing leg, I need you to change your decision.' Well, no disrespect to him, but I was watching on a 90-foot screen showing me it was missing leg by an inch so I didn't really need his analysis. I've got a picture here where I'm looking slightly disgruntled or annoyed as I gave them not out," he added.

Gould said that an umpire's reaction in that situation is similar to that of a player who made a costly mistake. He however managed to get his focus back on the game. "My biggest fear after that was that I didn't want another ball to hit anybody on the pad, my mind had gone. I had the brilliant Simon Taufel with me who kept me going. At the end of it, it's just one of those moments," he said.