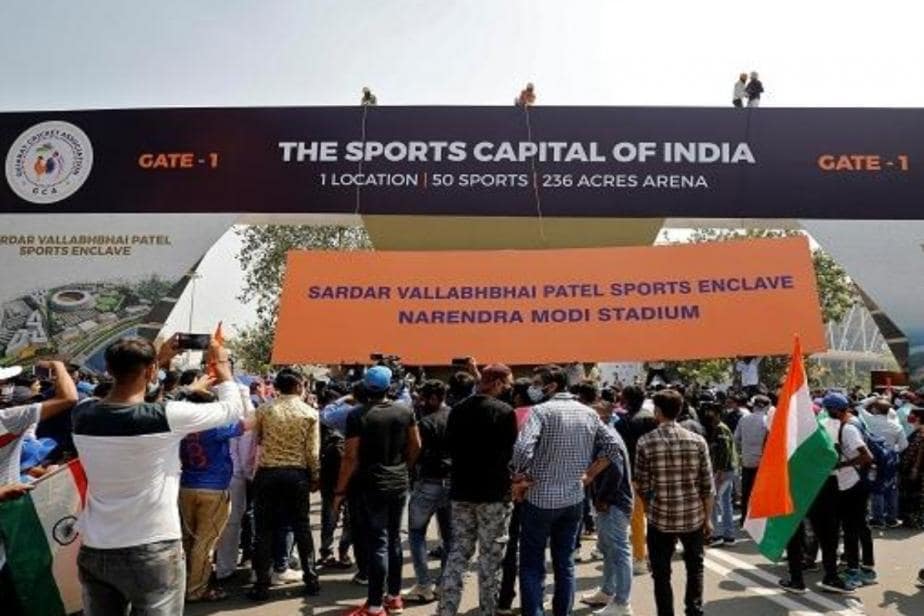 Amid a controversy over a cricket stadium in Gujarat being renamed after Prime Minister Narendra Modi, the government on Wednesday said the name change involves only the Motera stadium and the entire sports complex continues to be named after Sardar Patel.

Amid a controversy over a cricket stadium in Gujarat being renamed after Prime Minister Narendra Modi, the government on Wednesday said the name change involves only the Motera stadium and the entire sports complex continues to be named after Sardar Patel. Soon after President Ram Nath Kovind inaugurated the world’s largest cricket stadium in Ahmedabad, which will now be known as ‘Narendra Modi stadium’, social media was flooded with remarks including by some leaders of the Congress and other opposition parties who alleged that the renaming exercise amounted to an “insult” to Sardar Patel.

Asked about the allegations, Union Minister Prakash Javadekar, however, told reporters that only the Motera stadium has been renamed and the complex continues to be named after Vallabhbhai Patel. Union Minister Ravi Shankar Prasad, who was present alongside Javadekar at the media briefing after a cabinet meeting, also took a swipe at the Congress leaders, asking whether party chief Sonia Gandhi or Rahul Gandhi have so far praised the world’s tallest statue of Sardar Patel erected at Kevadiya in Gujarat.

Javadekar said the two Congress leaders have not even visited the statue. Prasad continued, “I want to say this with full responsibility that a tourist place getting global praise has not been visited yet or praised by the two Congress leaders. What else is there to say?” Congress leader Shashi Tharoor tweeted, “Maybe they just realised the stadium was named for a Home Minister who had banned their parent organisation! Or maybe this is advance booking to ensure the next visiting Head of State is hosted here, like Trump? Or is this the beginning of a legacy-creation-thru-labelling spree (sic)?” His party colleague Rajeev Satav said, “Renaming Motera cricket stadium from Sardar Patel to Narendra Modi is an absolute disgrace. This shows how narcissistic our PM has become. This is outrageous and a clear sign of autocratic dictatorship.” Priyanka Gandhi Vadra, without directly talking about the stadium, tweeted a Hindi quote of Sardar Patel, “There is something unique in this soil, which has always been the abode of great souls despite many obstacles.”