The right-handed batsman, who made Test debut against Australia in 2010 at Bengaluru, celebrates his birthday today and wishes started pouring in for the masterful batsman on social media. 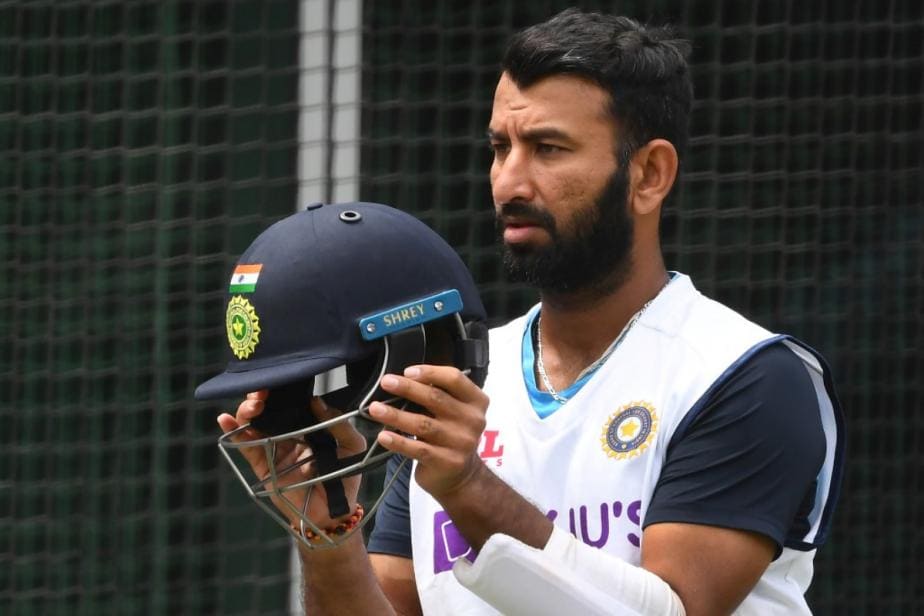 Cheteshwar Pujara, touted as the new wall of Indian cricket turned 33 on Monday. Pujara is widely regarded as one of the finest Test batsmen and has emerged as one of the most reliable players to bank on. He has also made a name for himself for being reliable and holding the fort and wearing the opposition’s bowling attack down like the good old ways.

The right-handed batsman, who made Test debut against Australia in 2010 at Bengaluru, celebrates his birthday today and wishes started pouring in for the masterful batsman on social media. Team India skipper Virat Kohli was among the first to wish Pujara.

‘Happy birthday pujji @cheteshwar1. Wish you good health, happiness and more hours at the crease. Have a great year ahead," tweeted Kohli.

Happy birthday pujji @cheteshwar1. Wish you good health, happiness and more hours at the crease 😃. Have a great year ahead.

While the Board of Control for Cricket in India (BCCI) shared a post on Twitter wishing the Test star. The BCCI tweet said, ‘He takes body blows,’ grinding it out in the middle, braving and standing tall all the while. The tweet also had a reference to Pujara’s Test credentials along with a link to a video clip of one of Pujara’s finest knock – 143 runs against Sri Lanka in Nagpur.

Grinds it out in the middle

Braves it all & stands tall

Let's relive one of his fine tons against Sri Lanka 🎥👇

Several cricketers and fans took to Twitter as well to wish Pujara, who played a crucial role in India’s historic win in the recently concluded Australian series.

Former India international RP Singh too wished Pujara on his special day. Singh tweeted and referred to Pujara’s innings as the ‘common factor’ in the back-to-back to series win in Australia.

The only 'common factor' in back to back series wins in Australia! #HappyBirthdayPujara You have proved to the new generation that not only quality of runs but spending quality time at crease is as important. Have a great year ahead 🎉 #CheteshwarPujara @cheteshwar1 pic.twitter.com/dvQU08hdFc

Former Team India opener Wasim Jaffer in his unique way tweeted ‘They don't make them like you anymore.’

Happy birthday @cheteshwar1! They don't make them like you anymore. #HappyBirthdayPujara pic.twitter.com/DfUMVwWRNR

Many fans too took the Twitter route to wish Pujara on his birthday.

Wishing Pujara on his special day, one user called him the ‘the new wall of India’.

Calling Pujara as ‘The Saviour’ wished another user.

Happy Birthday to one of the greats of the game. Legend ❤️ The Saviour 🙏 Cheteshwar Pujara 💙 #HappyBirthdayPujara @cheteshwar1 @BCCI pic.twitter.com/rnPkxp3iJN

While another termed him as ‘The Rock of Indian Cricket’.

Happy Birthday to "The Rock of Indian Cricket" Cheteshwar Pujara.

Always said this having Pujara is a Blessing for Us.

You are the Synonym for Resilience , Grit , Determination , Concentration and Great example who show us these things exist in this Game of Cricket.

No wonder Pujara’s latest exploits in Australia earned him the epitaph ‘New Wall of India’ and even led to comparisons to the legendary Rahul Dravid who in his heyday had earned the term ‘Wall’ synonymous to his name. Over the time Pujara has justified his tag as he kept the traditional mode of batting alive even in Test cricket when strike rates and quick scores rule the roost.