Mithali made her ODI debut against Ireland in Milton Keyes in 1999, when she was 16 and still holds the record for the youngest female debutant to score a century in ODIs. The emergence and contribution of Mithali Raj to Indian Women’s cricket is immense. Born on December 3, She is arguably one of the greatest women cricketers ever as her achievements and records speak volumes of her prowess. The skipper of the Indian National Women’s Test and ODI teams has successfully etched her name in the minds of millions of fans that too in a cricket crazy nation like ours where her male counterparts share god-like status.

In Pics, From Virat Kohli to MS Dhoni - All the Indians Nominated for ICC Awards of the Decade

Mithali made her ODI debut against Ireland in Milton Keyes in 1999, when she was 16 and still holds the record for the youngest female debutant to score a century in ODIs. With a staggering 21 years of ongoing career in International cricket, she is also the first female in women’s cricket to play for over decades. Other than her long career and superb batting skills, Mithali is also the top-scorer in women’s ODIs – with 6,888 runs, that include seven hundred’s and 53 half-centuries. 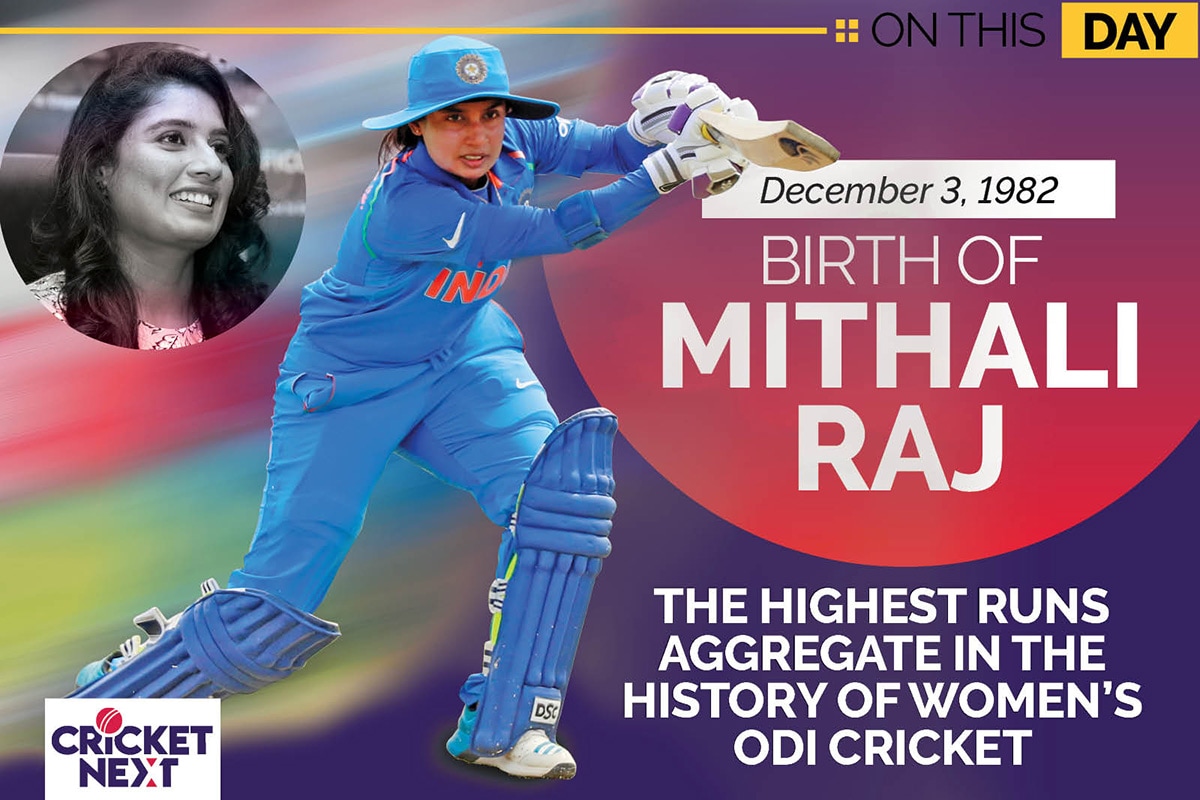 She is also the all-time leading run-scorer for India across all formats. The batting maestro is also a recipient of the Arjuna Award and the Padmashree. As the talismanic player turns 38, we look at some of her amazing knocks.

During the second Test match of India’s Tour of England in 2002, Mithali came into bat when the visitors were reeling at 45 for two in reply to England’s 329 runs in the first innings. She anchored the innings and scored 214 runs from 407 balls. Her valiant double century facing English pacers helped India to post 467 runs and it helped the team secure a drawn series.

Mithali Raj's unbeaten 125 had powered India to 253 for 5 and it will undoubtedly go down as one of the greatest efforts by the Indian skipper in a losing cause. In the third ODI of India Women's 2018 Tour of Sri Lanka, Mithali once again held the fort with Smriti Mandhana and put on 102 for the second wicket, after India lost Jemimah Rodrigues for a duck in the first over of the game. Mithali shepherded the innings and remained unbeaten.

This was a special one for the Indian women's cricket team and especially for Mithali Raj. She made her debut aged just 16 and 205 days. As she went to open the innings, Mithali eventually became the youngest female cricketer to score a hundred. Two youngsters made their debut, slamming hundreds against Ireland and etched their names forever in the history books. Mithali Raj’s unbeaten 114 and Reshma Gandhi’s unbeaten 104 added 258 for the first wicket and their partnership was unbroken till the end of 50 overs. Ireland batted through their 50 overs scoring just 97 for nine, handing India a 161-run victory.

During the 2017 ICC Women's World Cup fixture against New Zealand, Mithali took charge among the Indian batting line-up once again. She scored 109 runs from 123 balls, which included 11 boundaries. She forged good partnerships with Harmanpreet Kaur and Veda Krishnamurthy to take the team's eventual total of 265 for seven. India’s stellar bowling attack wiped out the hosts who perished at 79, giving the visitors a staggering 186-run victory, which allowed them to seal a spot semi-final spot in the tournament.

India didn’t have a good run during the ICC Women's World Cup 2013. But in the seventh play-off game against arch rivals Pakistan, the match was deemed to be a do-or-die contest. On a ground where no other team managed to score more than 105 in the tournament, India were to chase 193. The hosts suffered a batting collapse with none of them making more than 26. Skipper Mithali stepped in with a splendid unbeaten 103 from 141 balls to steer the team to a six-wicket victory.