Former Indian cricketer Mohammad Kaif is celebrating his birthday today. He is probably one of India’s most prolific players. He made his debut in the national team on the strength of his performances in the Under-19 level, where he not only led the India U-19 team but also clinched the Under-19 World Cup in 2000. 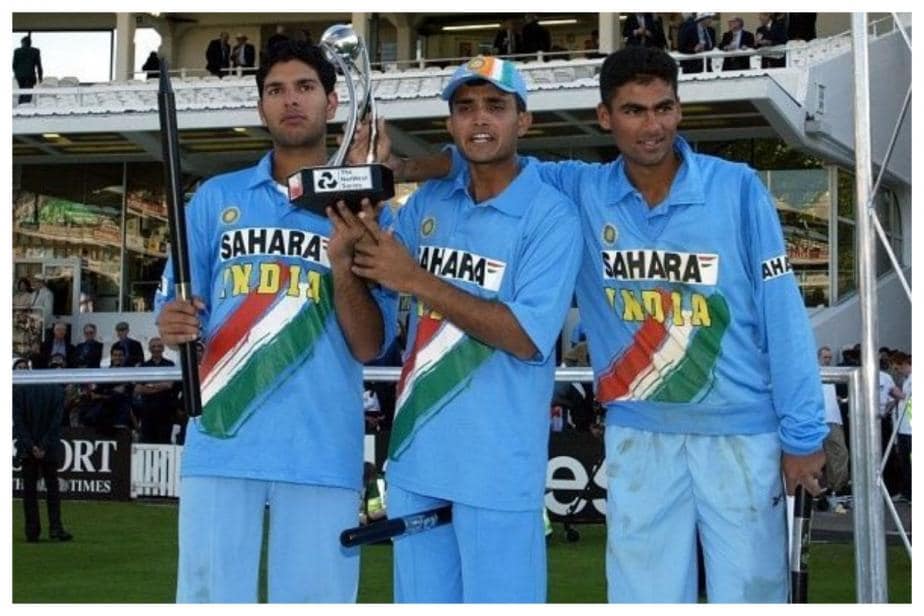 Happy Birthday Mohammad Kaif: Top five knocks in international cricket | Former Indian cricketer Mohammad Kaif is celebrating his birthday today. He is probably one of India’s most prolific players. He made his debut in the national team on the strength of his performances in the Under-19 level, where he not only led the India U-19 team but also clinched the Under-19 World Cup in 2000.

Kaif is one of the five cricketers from Uttar Pradesh to have represented India at international level. He made his Test debut in 2000 against South Africa in Bangalore and ODI debut in 2002 against England at Kanpur. He played in just 12 Test matches scoring 624 runs from 22 innings and in 125 ODIs he scored 2,753 runs.

Kaif’s inclusion started to highlight the importance of fielding in the Indian national team, as the right-handed batsman was a prolific fielder at covers and it was a tough call for the opposition to score past him. The veteran Indian batsman finally called it a day from all forms of competitive cricket on July 13, 2018. It marks the same day sixteen years ago when he played a crucial role in the Natwest series Final against England.

As the former Indian cricketer turns 40, let us take a look at his best five knocks

In the final of the NatWest Trophy at Lord’s, having won the toss England chose to bat and compiled 325 runs at the loss of five wickets. Even though the opening duo of Sachin Tendulkar and Sourav Ganguly gave a good start but post their departure India suffered an immediate downfall. Kaif and Yuvraj Singh came out to score 180 runs from 26 overs which no one expected to happen. However, the duo stitched a rare partnership and carried through with the eyes set on the target. Yuvraj too fell, soon followed by Harbhajan Singh and Anil Kumble, but Kaif held the fort and started a new partnership with Zaheer Khan. With an individual score of an unbeaten 87 runs off 75 balls, Kaif steered the Indian team to victory with three balls to spare. He was awarded the Man-of-the-Match.

Batting first, India were 87 for five runs. With Rahul Dravid fighting by himself at one end, Kaif joined him and picked up right from where he had left off at Lord's. Dravid too fell scoring 71 runs, Kaif then stitched a 84-run partnership with Anil Kumble and he led the team to a decent score of 288 for six. His unbeaten 111 runs from 112 balls was studded with eight fours and a six. India went on to win the match by 14 runs and Kaif earned his second Man-of-the-Match award in a row

In the tri-series involving India, South Africa and hosts Bangladesh in 2003, the second match of the series was between India and South Africa. Batting first India posted a target of 307 for 4, as the openers fell early. Kaif who was promoted ahead of Yuvraj and he unleashed an attack with Sourav Ganguly to take the score to 175. Post Ganguly’s departure and Yuvraj’s run out, Kaif partnered with Dinesh Mongia, putting up 110 runs for the fourth wicket. Kaif’s unbeaten 95 runs from 103 balls, was agonizingly short of a well-deserved century. He hit seven boundaries and three sixes in the match. India won the match by 153 runs and once again Kaif was awarded the Man-of-the-Match award for the third time.

In other tri-series featuring New Zealand and hosts Zimbabwe. Batting first New Zealand’s innings concluded at 278 for nine, with Scott Styris, Stephen Fleming and Craig Macmillan scoring good runs. However, the Indian chase ensued with Virender Sehwag, Rahul Dravid, MS Dhoni and Yuvraj Singh contributing to the chase, but the best came from the bat of Mohammad Kaif. He came in at 66 for one and stayed till the end, ensuring that the match ended successfully. Kaif went to register his second ODI century, scoring an unbeaten 102 from 111 deliveries and 11 fours. He secured his end and stood as a pillar of strength to chase the total. The 100 plus knock gave Kaif his fourth Man-of-the-Match award, as India won the match by six wickets with 15 balls to spare and as the score read 279 for four.

Even though Kaif played in a total of 12 Test matches and scored 624 runs in the long format of the game. His unbeaten 148 runs came against West Indies that too in a single innings. India won the toss and chose to bat first and by the time the score was at 306 for four, thanks to a whirlwind knock produced by Virender Sehwag (180 runs from 190 balls). Kaif entered a partnership with skipper Rahul Dravid and he built a century stand. Kaif brought up his only Test century and his individual score stood at 148 not out from 243 balls. He could not complete his 150, but still it was one of his best knocks and his highest across all formats in international cricket. The match was drawn, as India dismissed the hosts for 215 and then enforced a follow-on. However, the West Indies played carefully and salvaged a draw with three wickets remaining.