Back to News18
Home » Cricket Home » News » Happy Birthday Mohammed Siraj: The Best of The Young Gun From Hyderabad

Happy Birthday Mohammed Siraj: The Best of The Young Gun From Hyderabad

As Mohammed Siraj turns 26 on Saturday, we take a look at some of his striking performances in his short career so far 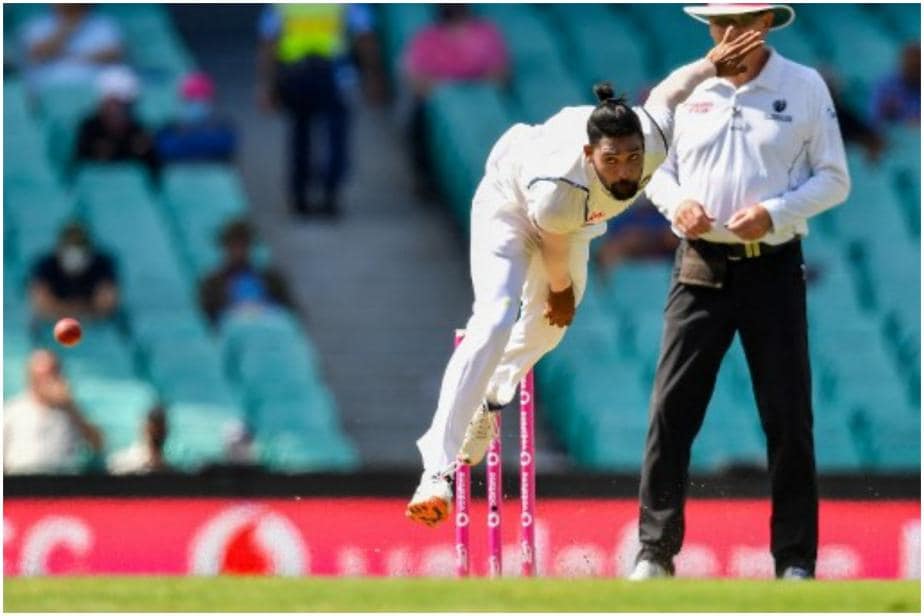 Mohammed Siraj’s rise to the world of cricket has been nothing short of a fairy-tale. Son of an autorickshaw driver in Hyderabad, Siraj began playing cricket when he was in Class VII and bowled with a cricket ball as late as 2015.

Out of the blue, came an Indian Premier League (IPL) contract worth INR 2.6 crore and a few months later, he was in the fabled India blue, steaming in to bowl his first over as an India international against New Zealand at Rajkot.

If this is not what dreams are like, then you haven’t been dreaming yet. But not to forget, behind all the success was hard work, graft and loads of sacrifices.

A natural swing bowler, getting the ball into the right-hander and deceptively quick, Siraj impressed Sunrisers Hyderabad (SRH) captain David Warner and mentor VVS Laxman with a quick bouncer when he made the SRH set-up back in 2017.Siraj did extremely well in domestic cricket and ended as his state’s highest wicket-taker in his second Ranji Trophy season, where he took 41 wickets in the 2016-17 season.

Following that, he made to the Rest of India squad and subsequently India A as well for their tour of South Africa in July-August 2017. Since then, he hasn’t looked back.Siraj has been a steady performer and was picked by Royal Challengers Bangalore in the 2018 IPL auction. He also ended as the leading wicket-taker in the 2017–18 Vijay Hazare Trophy with 23 scalps to his name in seven matches.

Siraj’s young international career has been a bit of a stop start though. Much like IPL, where he has blown hot and cold, he failed to leave a mark in any of the ODIs and T20Is he played until the big break came earlier this year in Tests. With half the side down with injuries and India’s back against the wall, the visitors turned towards the 26-year-old and out came a lion-hearted performance that only rocked the Aussies in their own backyard but also made everyone proud of what he achieved out there.

As he turns 26 on Saturday, we take a look at some of his striking performances in his short career so far:

This was Siraj’s watershed moment. Having lost his father during the series and not being able to go back because of the ongoing pandemic and travel restrictions, the pacer decided to stay back.

Dealing with agony and pain, Siraj stuck in until he was drafted into the side because of injuries in the Boxing-Day Test.

In the first innings, he grabbed two wickets with the all-important one of Maruns Labuschagne and of Cameron Green with an inswinger darting in from nowhere after a barrage of outswingers — the perfect Test match wicket.

He finished with figures of 2/40 as India bundled the hosts out for 195.

Two Tests old in his career and already burdened with the responsibility of leading the attack in a crunch Test, Siraj had the weight on his shoulders and he didn’t let anyone down as India scripted a remarkable victory courtesy of some Rishabh Pant heroics.

In the first innings, Siraj bowled well but could only come with one wicket as Australia posted 369. But in the second innings, Siraj’s stellar bowling turned the tide as he grabbed his first five-for in Test cricket. Siraj finished with figures of 5/73 from 19.5 overs.

Siraj’s spell was one of the fiercest the IPL had ever seen. His balls breezed past the KKR batsmen and he ran through the top order on a day when nobody had any clue what the ball was doing. That night, he kept taking the ball away instead of his usual inswingers and that got the edge of Rahul Tripathi and then castled Nitish Rana, as he bowled a double-wicket maiden.

Then, he got the wicket of Tom Banton as KKR were reduced to 17/4. He bowled his first two overs without giving a single run — becoming the first man to bowl two maidens in an IPL game. He eventually ended with figures of 3/8 from 4 overs as RCB restricted KKR to 84/8 from their 20 overs.

RCB chased that down with 8 wickets in hand and 39 balls to spare. Siraj was adjudged the Man-of-the-Match for his spell.