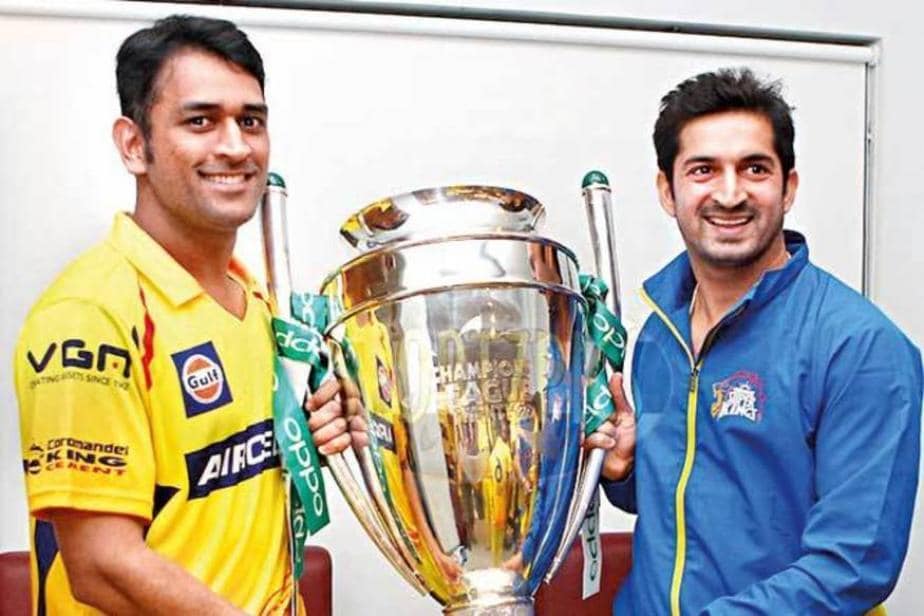 Mohit Sharma has recalled his playing days with MS Dhoni, saying his former India and Chennai Super Kings captain understood players very well and knew when exactly to give them the freedom to do their things.

Mohit Sharma has recalled his playing days with MS Dhoni, saying his former India and Chennai Super Kings captain understood players very well and knew when exactly to give them the freedom to do their things.

"He understands a player extremely well. During my first year with the Chennai Super Kings, he didn’t ask me to set my own fields because he had seen what my strengths and weaknesses were. At that time, he wanted me to only handle the pressure of bowling and nothing more. He would ask me to just go about my job and not worry too much about the fields. He said he would take care of it and took the pressure off me. The next year, he told me that I was ready to set my own fields according to my bowling plan. When you have played the IPL for a year and have also played for India, how a captain makes the player matters a lot. Mahi bhai trusted me to take responsibility and that taught me a lot. I had a lot of success that IPL season and won the Purple Cap, In 2015 – because I take my time between deliveries – Mahi bhai said he wouldn’t tell me too many things and asked me to set my fields as I walk back to the top of my run-up,"  Mohit said in the chat show Homerun with AV with sports commentator Arun Venugopal on his YouTube channel Gethist Creative.

"To understand one’s player and make a player who he is. Leadership qualities are all about getting the best out of a player, putting his interests first, and knowing how to use him. Mahi bhai has all these qualities. I have always maintained that all the players are more or less the same. What matters most is how good a human being a player is off the field. Mahi bhai is a very good human being. That’s what makes him stand tall. There is so much you can learn from his off-the-field behaviour. I try to imbibe some of his qualities in my life, so that I can inspire at least one or two people. "

Mohit said Dhoni made players feel comfortable by focusing on the positive aspects of their game.

"Mahi bhai doesn’t talk negative stuff. Whatever be the topic of conversation, he always says positive things. It’s a very good thing. “Kehte hai na ki ulti taraf dekhenge nahin toh ulte thoughts aayenge nahin (Like they say, if you don’t have a twisted approach to things, you won’t develop twisted thoughts). When you say good things, only good results follow. Such a positive approach doubles the joy of any conversation with him," he said.

"You can learn from him every second, he has got so many good qualities. The man is so nice that he always makes you feel comfortable. Even if you get something wrong, he tries to ensure you learn from it. He is always there with a hand on your shoulder to say that he is there for you, and if something goes wrong we will handle it positively. That’s his greatest quality off the field. Speaking of cricket, he always gives you confidence. When you tell him of a problem, he handles it very calmly and tells you ‘you don’t have to over-think something that you have been doing all your life. Rather than focusing on the process, we end up complicating things by over-thinking it. "

Mohit also recalled Dhoni's approach towards youngsters off the field, saying he was a man of many stories.

"Whenever you ever sit down with Mahi bhai for a chat, he has so many stories to tell, so many anecdotes to narrate. The stories are also really enjoyable to listen to. Basically, he’s a very good story-teller, so it is always great fun to sit with him and chat," he said.

"Mahi bhai shuts his door only when he sleeps. We spend most of the time with him. So you can walk into his room at any time and talk about anything under the sun. In fact, there are quite a lot of players who obviously want to learn from someone like Dhoni when he is in your team. So, most of us players would try to spend our free time with him.

"I don’t get to speak much with him (now). He is very difficult to get hold of. But, he has said time and again that he is always open to any suggestion or anything. He has asked us to leave us a message in the event of him not taking calls, and that we would connect eventually. He has never once said that he would be out of reach or inaccessible. Normally, we do give one another their space given the amount of time they spend away from their families. But I know that if there is any problem, I can always reach out to Mahi bhai. He is particularly helpful towards youngsters, and has said my phone and my doors are always open."