One of the most destructive batsmen during his short international career (2007-2012), Yusuf Pathan celebrates his 38th birthday on the 17th of November 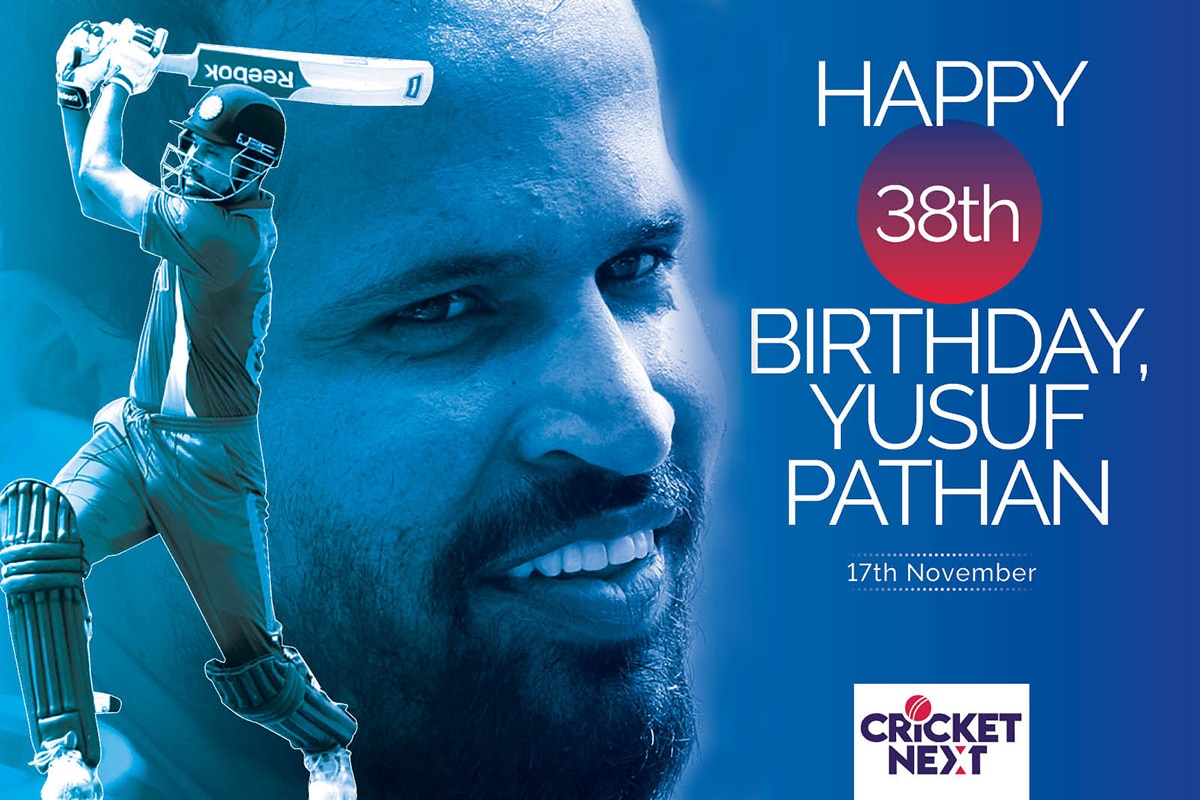 One of the most destructive batsmen during his short international career (2007-2012), Yusuf Pathan celebrates his 38th birthday on the 17th of November. Yusuf played 57 ODIs and 22 T20Is for India and though he promised much and produced a few moments of magic, could not do justice to his talent and batting prowess. He scored 810 runs in 41 ODI innings while also chipping in with 33 wickets at an economy rate of 5.49. His most significant characteristic was his scoring rate and his ability to hit the long ball. Yusuf's ODI strike rate of 113.6 was the second-highest, only after Virender Sehwag (124.79) for India during his career span (10 June 2008 - 18 March 2012). It was the fourth-best (min. 500 runs) in the world. He hit 43 sixes in 41 innings which was a ratio of better than a six an inning.

Yusuf hammered two hundreds in ODI cricket. His more remarkable one was 105 off 70 deliveries against South Africa in Centurion in 2011, where coming in at 60 for 5 after 12 overs, chasing a Duckworth-Lewis revised 268, he single-handedly took India to 234 falling just short. It was an incredible knock highlighted by 8 sixes! The second-highest score of the innings was 38 and as many as 5 Indian batsmen were dismissed for single-digits.

His other hundred - a breathtaking unbeaten 123 off 96 deliveries - came against New Zealand in Bengaluru in 2010. Yusuf walked out to bat at 108 for 4 in the 20th over and led India's successful 315-run chase with a power packed performance.

Yusuf made his T20I debut in the 2007 World T20 Final between India and Pakistan in Johannesburg - opening the innings he scored 15 off 8 deliveries while also conceding just 5 off the one over he bowled in the Pakistani innings.

India vs Australia: Virat Kohli is Worth Two Players, His Absence Will Make an Impact - Glenn McGrath

Yusuf's match-winning 56 off 39 deliveries (from 42 for 3) helped Rajasthan Royals chase down Chennai Super Kings' 163 in the final of the inaugural Indian Premier League (IPL) in Mumbai in 2008. He was one of the stars for the Royals in the tournament scoring 435 runs in 15 innings at a strike rate of 179.01! He has also won two other IPL titles - both with the Kolkata Knight Riders - in 2012 and 2014. Yusuf holds the record for the second-fastest hundred (off 37 deliveries against Mumbai Indians at the Brabourne Stadium in 2010) of the IPL of all-time.