Home» Cricket Home» News» Hardik Pandya Has to Work on His Bowling Action if he Wants to Play Test Cricket For a Long Time: Childhood Coach
5-MIN READ

Hardik Pandya Has to Work on His Bowling Action if he Wants to Play Test Cricket For a Long Time: Childhood Coach

Jitendra Singh, the childhood coach of the Pandya brothers spoke to CricketNext on a range of topics related to Hardik and Krunal.

The upcoming limited-overs series against Sri Lanka is particularly important for the Pandya brothers. If the challenge for Hardik is to re-assert his presence in the Indian team as a premier allrounder, his elder brother has got a golden opportunity to prove his mettle in white-ball cricket so that he too can aspire to play in the upcoming T20 World Cup.

Jitendra Singh, the childhood coach of the Pandya brothers, spoke to CricketNext on a range of topics related to Hardik and Krunal.

Do you sometimes have to pinch yourself that both two of your students Hardik and Krunal are playing together for India?

(Smiles). Hardik was always destined to play for the country but for Krunal it was impossible. Sometimes back, we were sitting together over dinner along with his father and I told him (Krunal) that it was not your dream but my dream that both of you would play for country. His father smiled and nodded. I am hopeful that both of them will serve India for a long time. When I saw them batting together (against England earlier this year) I clicked the picture from my mobile from the TV screen and sent it both of them saying that I had seen this scene so many times for our club but seeing them in Indian jersey was truly special.

Hardik hasn’t played a lot of cricket for India of late, especially red ball cricket. Some of the critics are even jumping to the conclusion that Hardik as a Test allrounder is finished.

If he has to play in Test cricket for a longer duration, he has to work a lot on his remodeled action. I remember, he was dropped after the T20 world cup in 2016 and after that he didn’t have a great IPL either. Then, we worked together in Baroda on his action. After that, he was selected for an India A tour and went to Australia and got his rhythm back. If Hardik keeps working on his action he will be fine. We must not forget the fact that he has been a late-bloomer as a pacer and the muscles will take time to adjust to the workload. Because of the crowded international calendar, sometimes it is tough to work on action of a player. As a coach, my dream has always been to see him play more Tests and I do believe that he will play many more as an allrounder.

Hardik wasn’t seen as a very effective bowler in domestic cricket. Has he surprised you too with his tremendous improvement as a bowler in international cricket?

He always had the pace and swing and a special passion for fast bowling. Those three factors are critical if anyone wants to excel in international cricket. He always had that potential and has worked a lot on his bowling. So, I am not surprised. Hardik has proved himself that he is a special batsman but as a bowler did he surpass the expectations?

On the contrary, he hasn’t performed as well as I expected him to. He has got enormous potential purely as a bowler.

Talking about Hardik the batsman, he evokes fear among the bowlers with his stroke play. Did you ever expect that kind of aura in Hardik?

He has always been flamboyant and wanted to express himself. He can bat in any situation. He has learnt quickly and added new dimensions in his batting. His maturity as an international batsman is pleasing and he will improve further.

Can he make it to the team purely as a batsman in Test cricket?

He can contribute. He has got the technique and temperament and maturity and if he gets opportunity he can prove himself. The conditions don’t matter for him as his technique is sound and simple.

Were you a bit disappointed that someone like Hardik wasn’t considered for captaincy duty for the Sri Lanka series as he plays in all three formats and is being seen as long-term prospect for India? 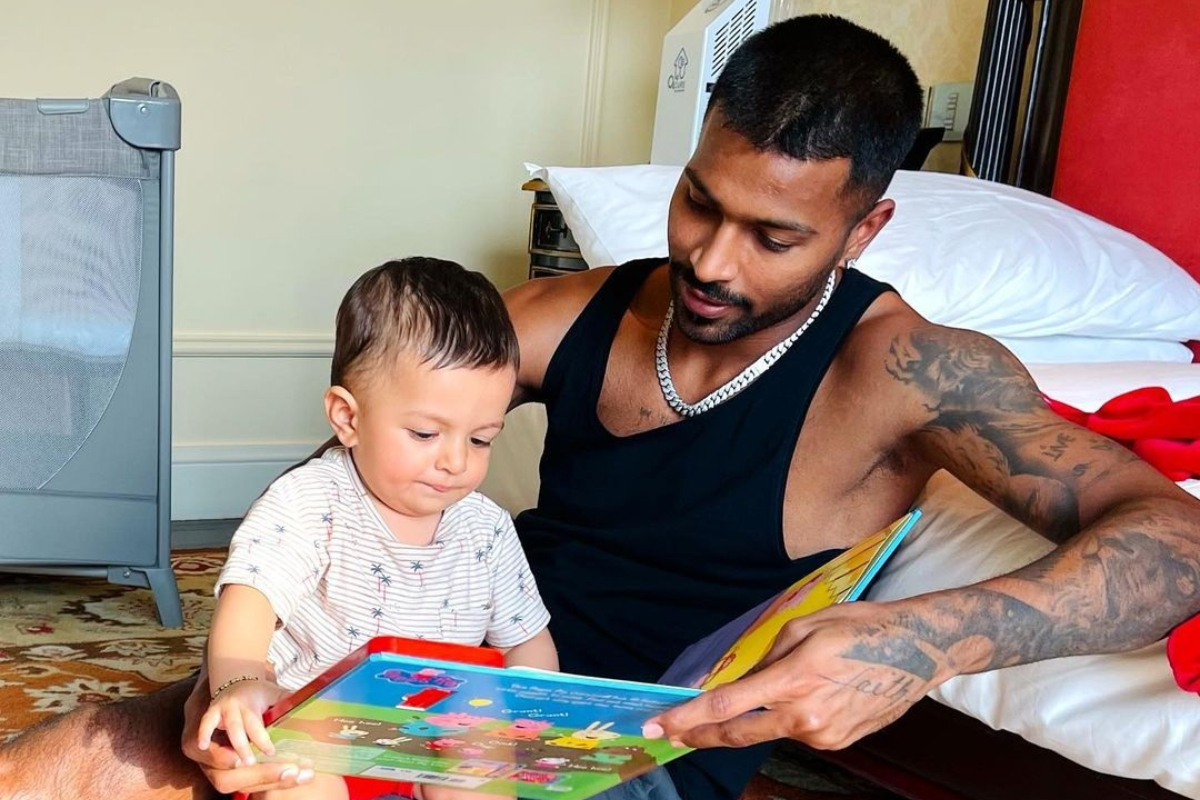 We had touched this subject a lot earlier. Since, we have got used to the Dravid, Tendulkar and Ganguly era of discipline (we expect the same from the new generation). We did try to curtail that aspect but it didn’t work out. Eventually, we decided that let cricket be our focus. As a coach I learnt from him that being honest is the best thing. People may have different kind of perceptions seeing you from the outside but they really don’t know what kind of a person you are.

Indeed, I tried to change him but it was affecting his cricket and hence it was pointless to continue that way. So, we decided that whatever comes natural to him, we will stick by that.

Has Hardik changed as a person since he is now a superstar?

No, he hasn’t at all. He remains the same Under-16 boy from the club days. To be honest, of late, he has taught me a lot of things because of his exposure and interactions with a lot of players and coaches who are active in international cricket. If you are a good human being, you will be a good cricketer as well. Cricket is a byproduct of your personality.

What kind of changes you saw him when he lost his father and then few months later he himself became a father?

The most important thing was that (infamous chat show) TV programme. He has become more matured since that incident. Of course, the loss of father has affected his thinking but fatherhood seems to have worked wonder as he looks settled as a person.

What are your expectations from him now?

I want him to perform more as an all rounder. If his alignment and bowling action is better, he will definitely be. He is very serious regarding his bowling.

There is a healthy competition between them. Krunal has always been inspired by his younger brother because it was Hardik who kept telling him that if he could play for country so could he. Krunal is a different kind of player in terms of skillset but they share and discuss a lot about their cricket. The bonding between them is unconditional. Both are very down to earth and by heart they are pure and always willing to help.

Finally, do you believe that both brothers playing in upcoming T20 World cup is something will make you very proud?

If both can play together and contribute in making India champion, what else you want! Both are match winners even though their styles are not very similar.