They can be seen sitting around a table playing a card game. In the background a Christmas tree can be seen along with heart-shaped balloons hanging by the ceiling. 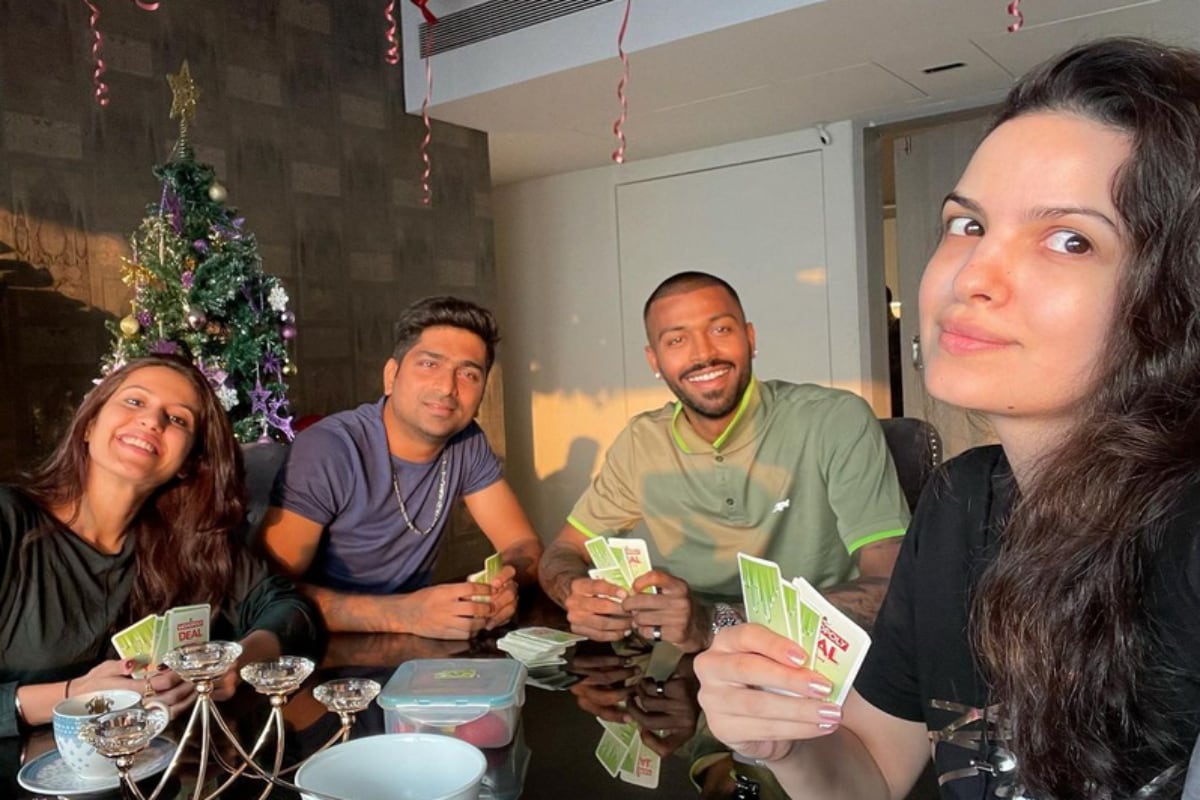 Hardik Pandya is having a wonderful time with his family at home after returning from the Australian tour where he played in the limited over games. Away from work, he has also been spending quite a bit of time on social media, sharing a number of posts on a frequent basis to keep the fans entertained. His wife Natasa Stankovic and son Agastya are obviously the most common people to feature in these posts.

Also read:T Natarajan Wore the 'White Jersey' for the First Time; This is What Happened Next

On Monday, Pandya shared a lovely picture with his family that included his wife and Pankhuri Sharma, his brother Krunal Pandya’s wife. They can be seen sitting around a table playing a card game. In the background a Christmas tree can be seen along with heart-shaped balloons hanging by the ceiling. “La familia,” Hardik captioned the post.

It only took moments before the picture went viral on social media. It has been liked more than 1.2 million times on Instagram alone and the comment box is crowded with over 1800 comments from fans. Krunal, who was missing from the picture, also commented with a heart emoji, in exchange of which he received the same emoji back from his wife.

Last week, Hardik and Natasa celebrated their first anniversary, a picture of which he shared on Instagram. Natasa wore a white crop top and blue jeans while Hardik appeared dressed casually in a printed shirt and comfy shorts. They had a delicious red cake set on the table.

The couple had got engaged a year ago on a cruise, the news of which Pandya shared on social media.

Pandya returned to India recently after a successful showing in the ODI and T20I series against Australia. He was not a part of the Test squad. Before that, he took part in the Indian Premier League (IPL) which was held in UAE this year, where he made a significant contribution with both bat and ball to help his side Mumbai Indians lift the trophy.