Players have been allowed to travel with their family members for the upcoming four-match Test series against England. The first Test match of the series starts on February 5 in Chennai. 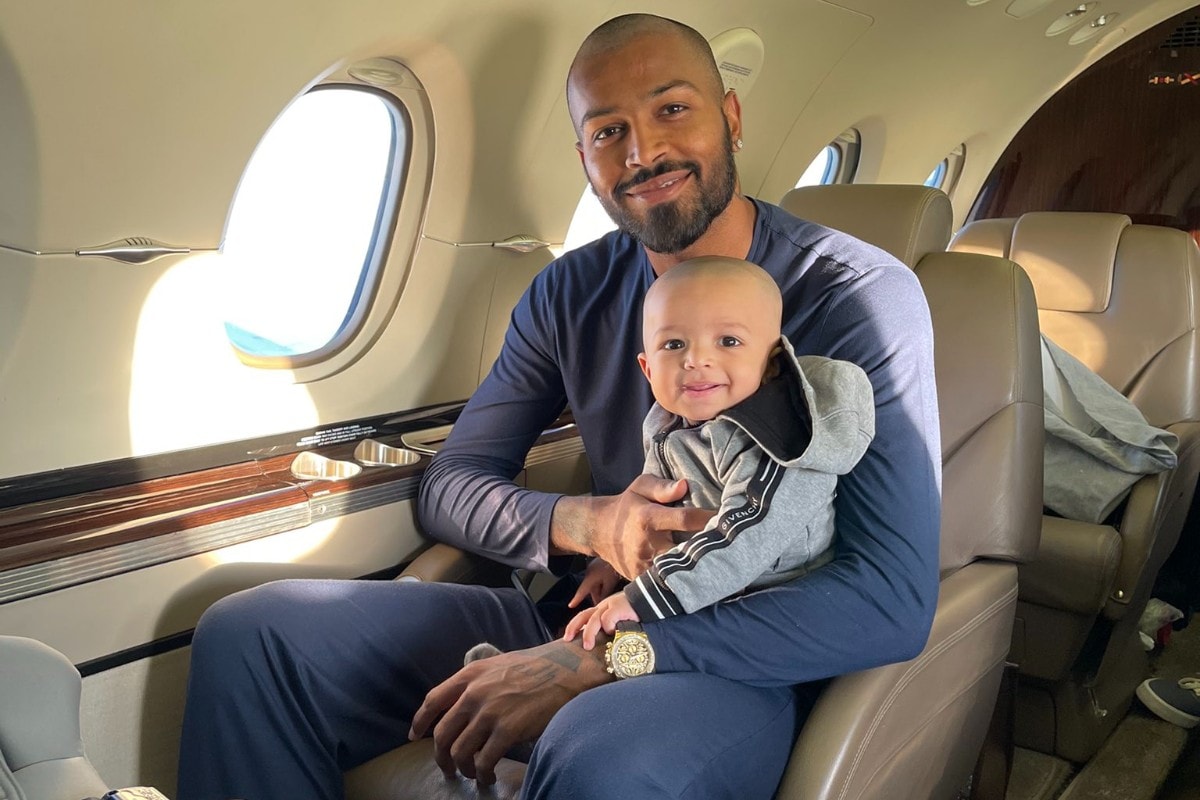 India all-rounder Hardik Pandya had to stay away from his son Agastya for several months owing to his job that requires him to travel one country after the other and he does not seem to be willing to lose any more moments. Ever since he has been back from Australia after a stunning performance in the limited over games in December last year, Pandya has devoted all his time to wife Natasha Stankovic and son Agastya. And now that he is being called back to duty, he is taking them anywhere he has to. Good for him that players have been allowed to travel with their family members for the upcoming four-match Test series against England. The first Test match of the series starts on February 5 in Chennai.

Pandya looked truly happy as he took Agastya on his first ever flight. He shared an adorable picture of them together on the flight on his Twitter handle.

The players are arriving in the capital city of Tamil Nadu well in advance of the start of the tournament as they are required to serve a mandatory quarantine of six days after arrival.

The touring English contingent has also arrived in Chennai and is currently undergoing the quarantine routine. Ben Stokes, Rory Burns and Jofra Archer were early to arrive as they did not feature in the recently concluded Test series against Sri Lanka.

Hardik was not included in the Test squad in India’s tour of Australia, but he was picked for the domestic series where he gets a good chance to prove his mettle in the long format of the game. The last time he played a Test match was way back in 2018 against England in Southampton.

The all-rounder has represented his country in just 11 Test matches in his career, in which he scored 532 runs at an average of 31.29. He has also claimed 17 wickets in those matches.

Being with his son might give Pandya the extra confidence to perform better in the series and we can soon expect to see another picture of Agastya witnessing his daddy play for the first time.