19-year-old Haseeb Hameed has been one of the few positives for England in first three matches of the 5-match series against India. 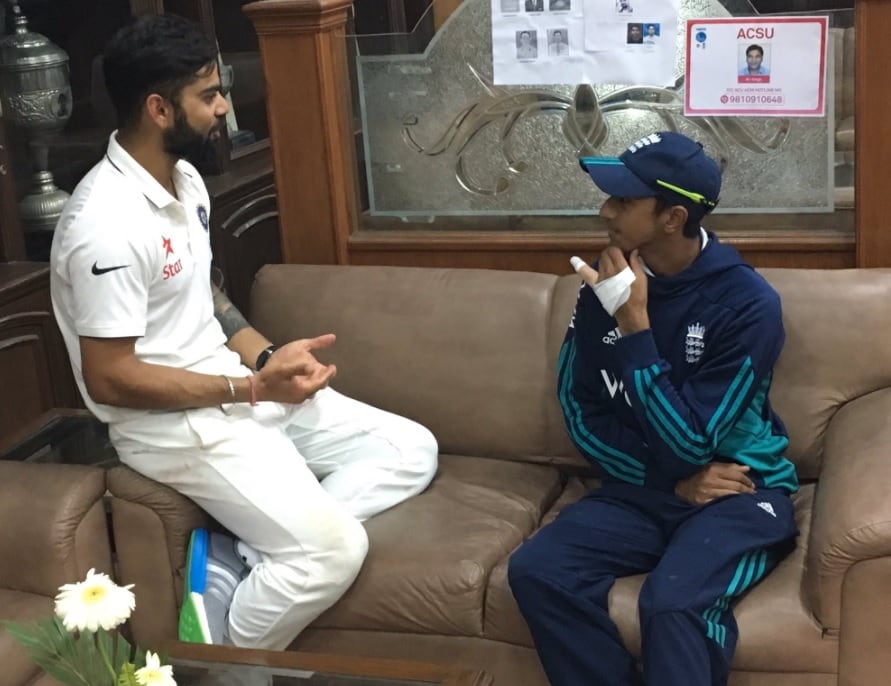 New Delhi: After trying multiple partners to open the innings with captain Alastair Cook in Tests, England have finally stumbled upon an unique talent to bat up the order.

19-year-old Haseeb Hameed has been one of the few positives for England in first three matches of the 5-match series against India.

Hameed has shown maturity which is uncharacteristic of a player so early into his career and his gutsy performance against the world class Indian bowling attack in the second innings in Mohali made everyone stand up and take notice of the right-hander.

The youngster was injured by a rising Umsesh Yadav delivery in the first innings which broke his left hand. However, Hameed came out to bat in the second innings and showed his steely temperament with a gritty 59, which forced India to chase a target of 103 runs.

Hasseb has flown back to England will miss the remainder of the series. It's a big blow for the visitors who are on the wrong side of 2-0 deficit with two Tests to go in Mumbai and Chennai respectively.

Also Read: Injured Hameed to Miss Rest of the Series

Indian Test captain Virat Kohli also praised Hameed for his gutsy performance in Mohali. "He showed great character for a 19 year old at this level. He put his hand up when his team wanted him to do it," said Kohli.

The duo was also pictured having a conversation after the conclusion for the third Test match, which went viral on social media.

Inspiring generation next. Young @HaseebHameed97 is all ears to #TeamIndia captain @imVkohli pic.twitter.com/x1ZFgahwZm

Haseeb opened up regarding his special chat with the Indian superstar a day after they were pictured together.

This was a great moment for me as well. A really sincere and honest guy. Grateful for his time, minutes after his side had won the game. 👍🏼 https://t.co/UNleNotolt

It's a pity that Hameed won't be donning the English white again in India for this series, but he has shown that he is definitely the next big thing of England cricket.

The fourth Test begins on Thursday in Mumbai and Alastair Cook and his team will be hoping of a better all-round show to fightback against an on-song Team India.