Hat-tricks in IPL: Spinner Amit Mishra leads the pack with three hat-tricks to his name and Yuvraj Singh is second on the list with two. 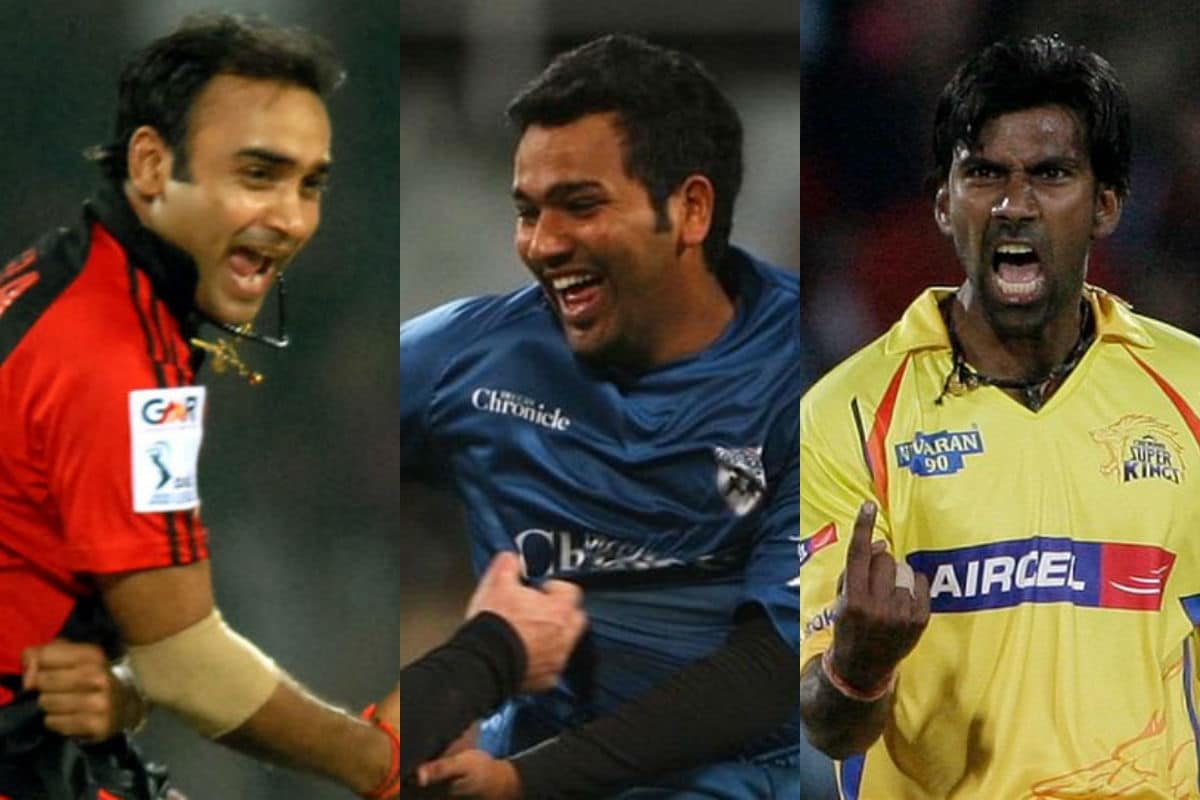 Twelve seasons of the IPL have produced plenty of records so far and in the thirteenth in UAE, one expects more such instances. The IPL 2020 which is set to begin this year on September 19 has already seen 19 hat-tricks in the past seasons.

In the very first year, the IPL saw its first hat-trick when Chennai Super Kings’ India bowler Balaji struck gold. With 27 needed from the final over of their chase, the Kings XI lower order had no clue against his slower variations, going for almighty heaves that sank them to a 19-run defeat. He was declared player of the match. In what was a tight chase for the Deccan Chargers, Amit Mishra answered his captain Virender Sehwag’s call in the final over when 15 runs were needed and closed out the game with three balls to spare.

Delhi won by 12 runs thanks to Amit Mishra’s five-for. Ntini’s hat-trick wasn’t initially noticed as he dismissed Ganguly in the fifth over of the innings and then came on to bowl only in the 17th over. On that occasion he got rid of Debabrata Das and David Hussey off the first 2 balls. Everyone thought he was on a hattrick but he had actually achieved it already. Just as the Royal Challengers innings appeared to be gaining momentum, Yuvraj brought himself on as his side's sixth bowler and ran through the middle order with fast armballs. Despite following it up with a typically attacking 50 opening the batting, his Man-of-the-Match performance was not enough to prevent an eight-run defeat for Kings XI. As Mumbai were on course to chase down Chargers' 145, Gilchrist's last roll of the dice was to bring Rohit on for the 16th over. His off-spin, with a few flatter ones thrown, induced mistakes from the batsmen and he finished with figures of 2-0-6-4, leaving the Mumbai tail to get 34 off 12 balls.

The Deccan Chargers won by 19 runs. 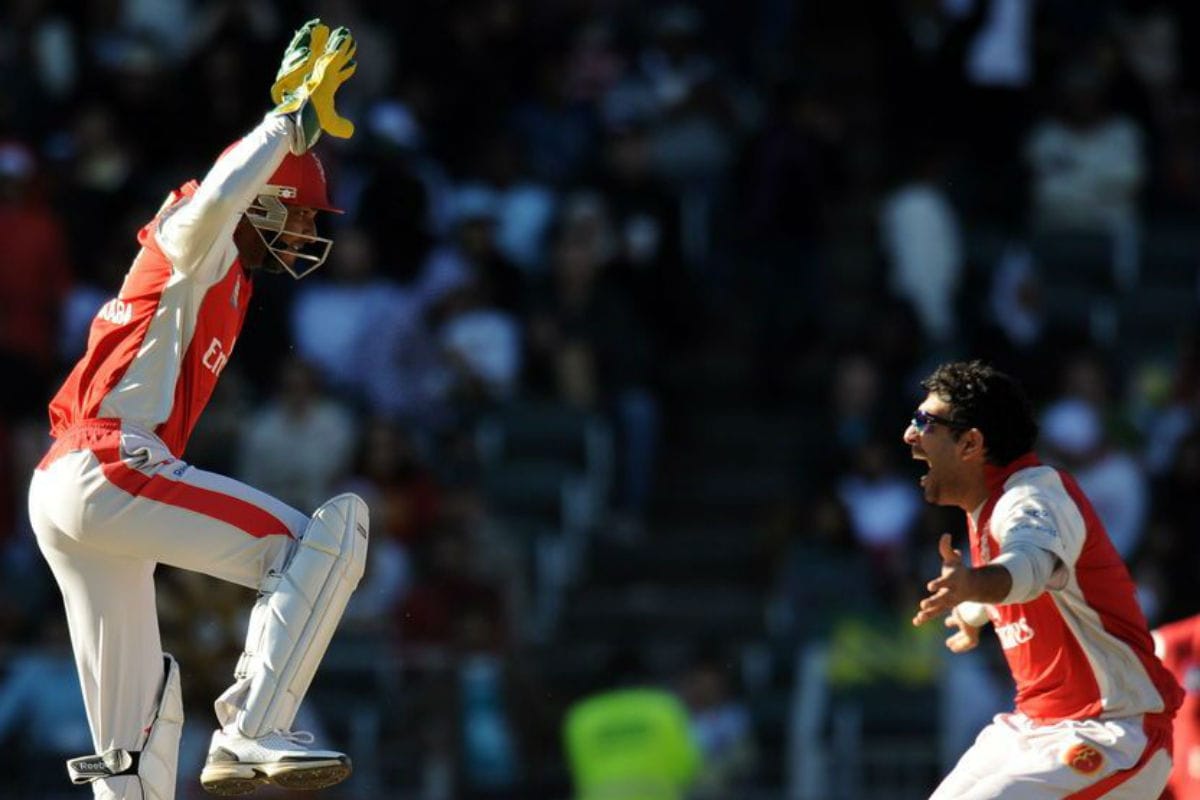 Yuvraj's second IPL hat-trick had him joking that he should "start bowling rather than batting". Unlike his previous one in the season, this hat-trick came in a match-winning cause, as his spell of 4-0-13-3 scuppered the Chargers chase midway. Rohit Sharma nearly played spoilsport with a late surge, but Kings XI eventually won by a single run. 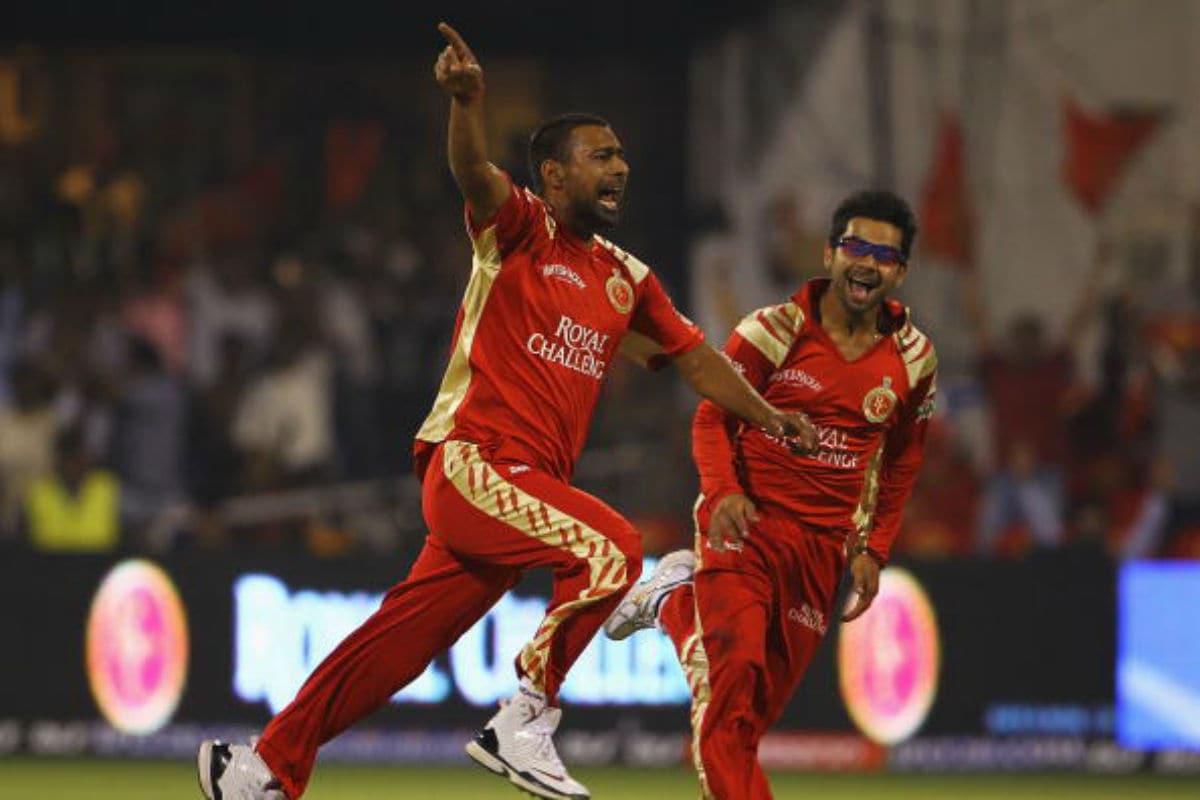 In what was the only hat-trick of 2010, India bowler Praveen Kumar recovered after a bad first spell to strike telling blows in the 17th over. Praveen removed Damien Martin, Sumit Narwal and Paras Dogra off successive deliveries as RCB went onto defeat the Royals. Amit Mishra took his second IPL hat-trick against Kings XI Punjab, in a do or die game for the Punjab side to qualify for the semi-finals. Shikhar Dhawan scored 95 in DC’s innings and took their total to a humungous 198. In this extremely difficult chase Punjab had to face Amit Mishra’s brilliant bowling. In the 16th over of the match the leg-spinner dismissed Ryan McLaren, Mandeep Singh and Ryan Harris of the 3rd, 4th and the 5th delivery respectively. DC won by a huge margin of 82 runs and Mishra shined with figures of 4/9. At the toss for this game, Royals captain Rahul Dravid struggled to recall the "mystery spinner" who had replaced seamer Pankaj Singh, for what was a critical game to keep his side's qualification hopes alive. After Shane Watson and Ajinkya Rahane guided them to 170 batting first, it was the said mystery spinner Dravid turned to for the first over of Warriors' chase. Chandila duly snapped up Ryder and Ganguly off the last two balls, before coming back to get Uthappa off the first ball of his second over. His 4-0-13-4 spell delivered a comfortable, 45-run win for his side. Narine's is the one of two hat-tricks on this list to end up in a losing cause, which was largely due to Manpreet Gony's all-round performance for Kings XI. Narine's bag of tricks, including a carrom ball, had Kings XI sliding from 96 for 3 to 99 for 6 in the 15th over. However, Gony smacked Narine in the bowler's 23-run final over, before coming back with a match-winning spell to take Kings XI to a four-run win.

Mishra has made a habit of delivering knock-out punches at the death in the IPL, picking up hat-tricks to sink chases that were coasting along comfortably. His third hat-trick in the tournament came in a four-wicket over which left Manish Pandey stranded at one end, as wickets tumbled at the other. From needing 14 runs off 12 balls with four wickets in hand, Warriors ended up losing the game by 11 runs by the end of an eventful penultimate over. 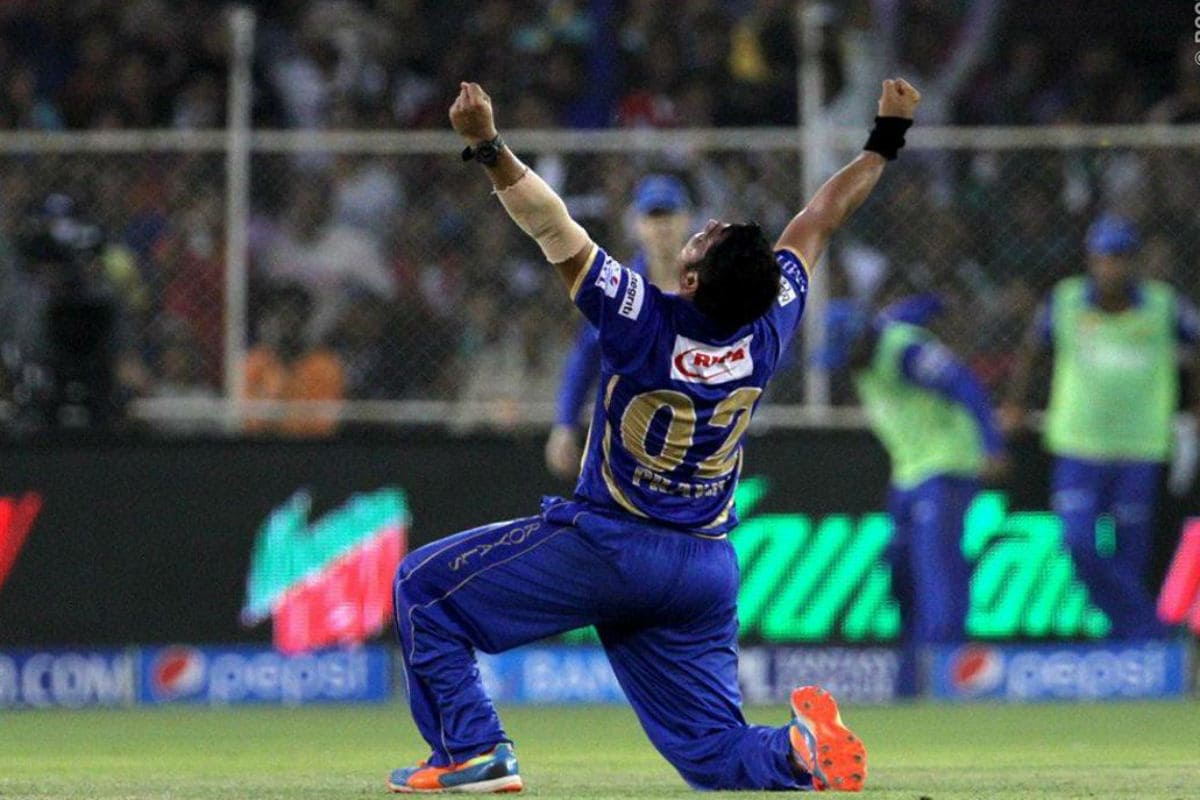 With Knight Riders needing 49 runs off the last five overs, Pravin Tambe fired one down the leg side to have an advancing Manish Pandey stumped. He followed it up with two classic leg-spinning ones - being on the fortunate side of an lbw decision against Ryan ten Doeschate - to derail a tight chase in favour of Royals. Watson accounted for the wickets of Shikhar Dhawan, Moises Henriques and Karn Sharma during that display and that helped Rajasthan limit Hyderabad to 134 for nine. Watson took a split hat-trick as he took his first wicket in the fourth over and the other two when he came back in the 17th over. Axar Patel took four wickets in five balls, including the first hat-trick of the season, to pave the way for Kings XI Punjab's 23-run win against table-toppers Gujarat Lions in Rajkot. Patel then took centrestage as the 22-year-old slow grabbed the wicket of opener Dwayne Smith (15) with his third delivery. He then snared Dinesh Karthik and Dwayne Bravo off successive balls - fifth and sixth of the seventh over. Patel returned to pick the wicket of Ravindra Jadeja with the first delivery of the 11th over to complete the split hat-trick. 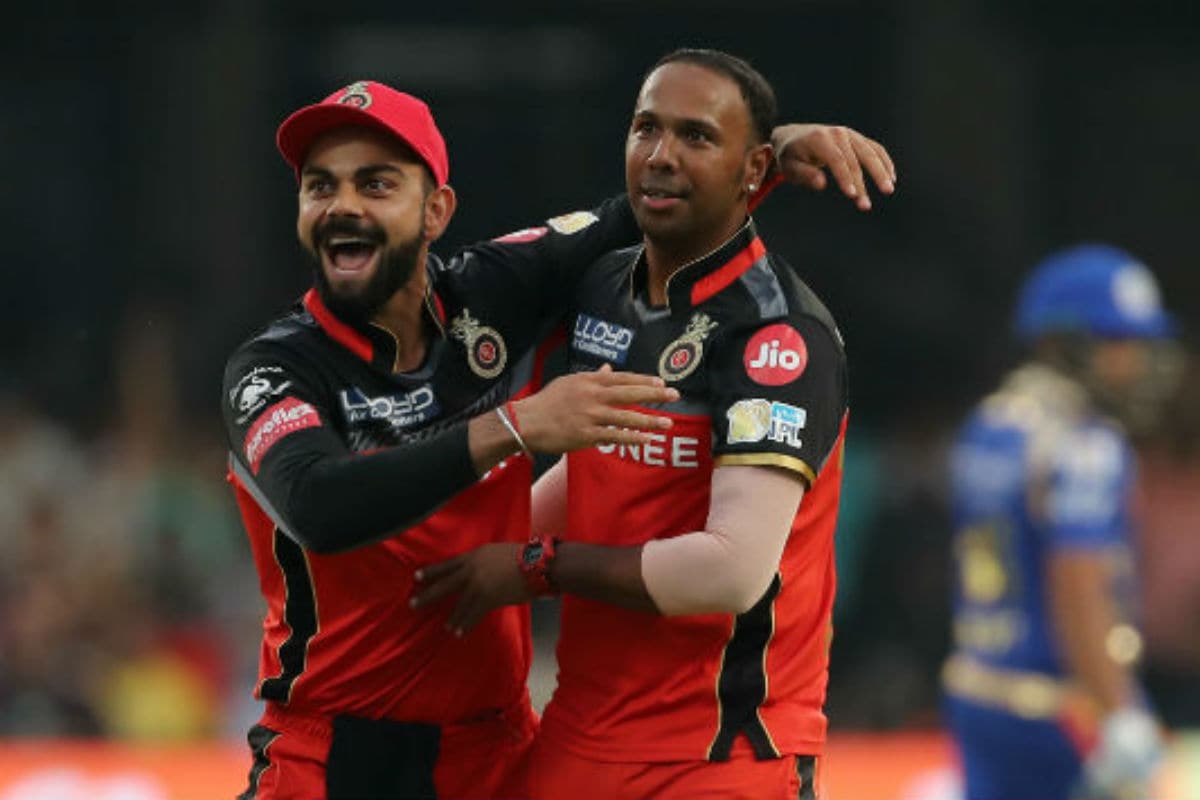 Samuel Badree made his Royal Challengers Bangalore debut in a very, very special way – with the 15th hat-trick of the tournament. Badree dismissed Parthiv Patel, Mitchell McClenaghan and Rohit Sharma in the third over to complete his hat-trick. He eventually finished with figures of 4-1-9-4. 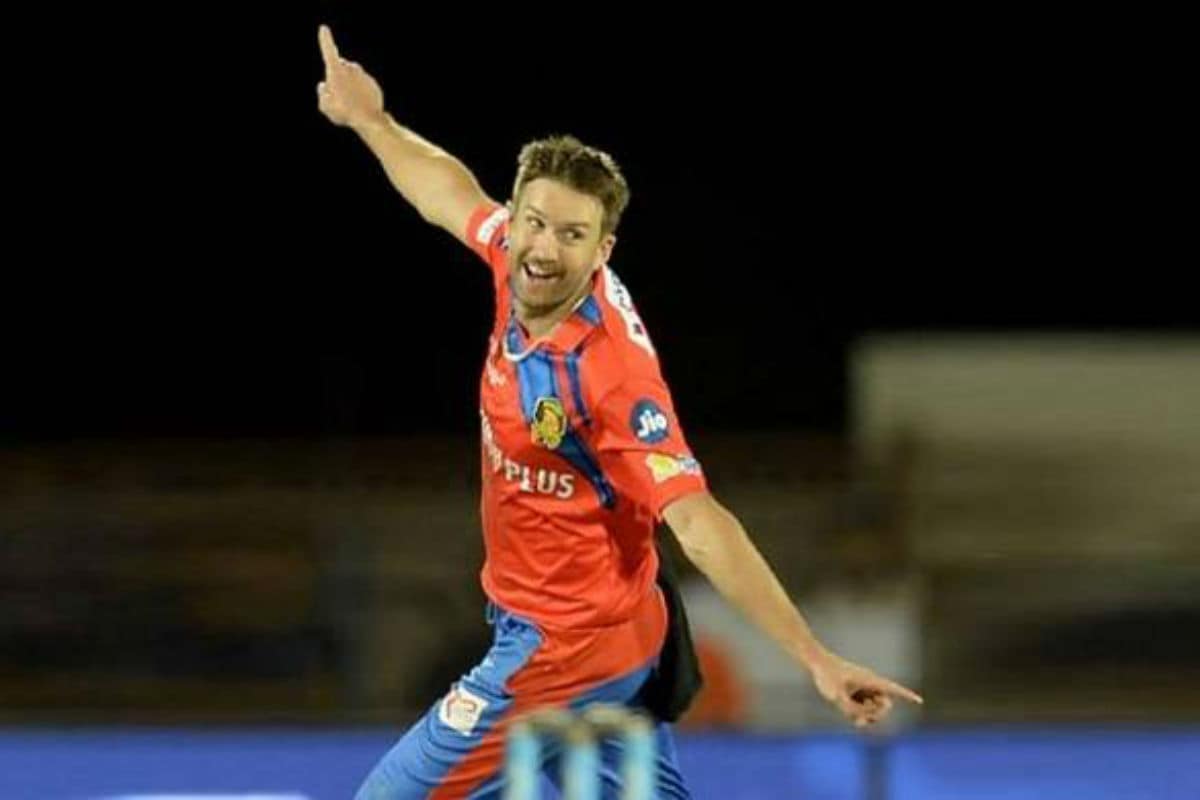 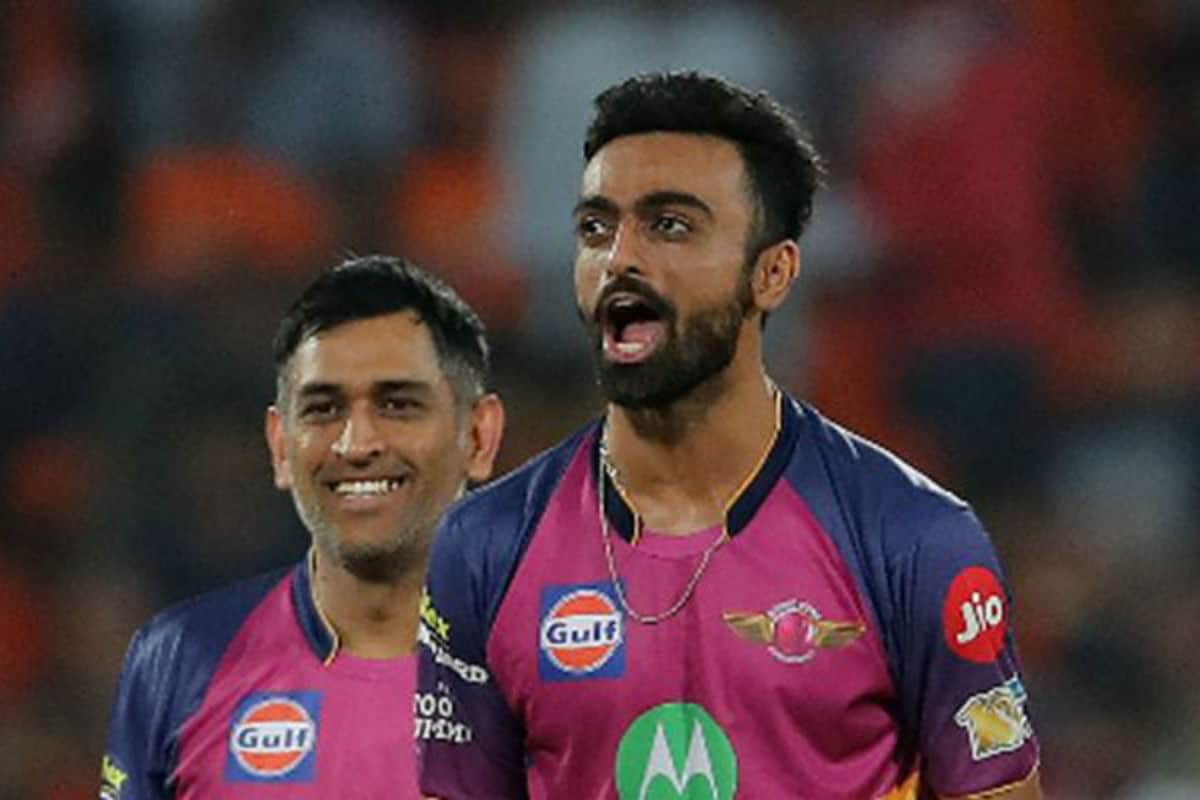 Defending champions Sunrisers Hyderabad needed 13 in the final over when the left armer to charge. Bipul Sharma, Bhuvneshwar Kumar and Rashid Khan were the batsmen who were dismissed on the second, third and fourth delivery of the over. Unadkat went onto complete 100 wickets in the IPL with his final over hat-trick. 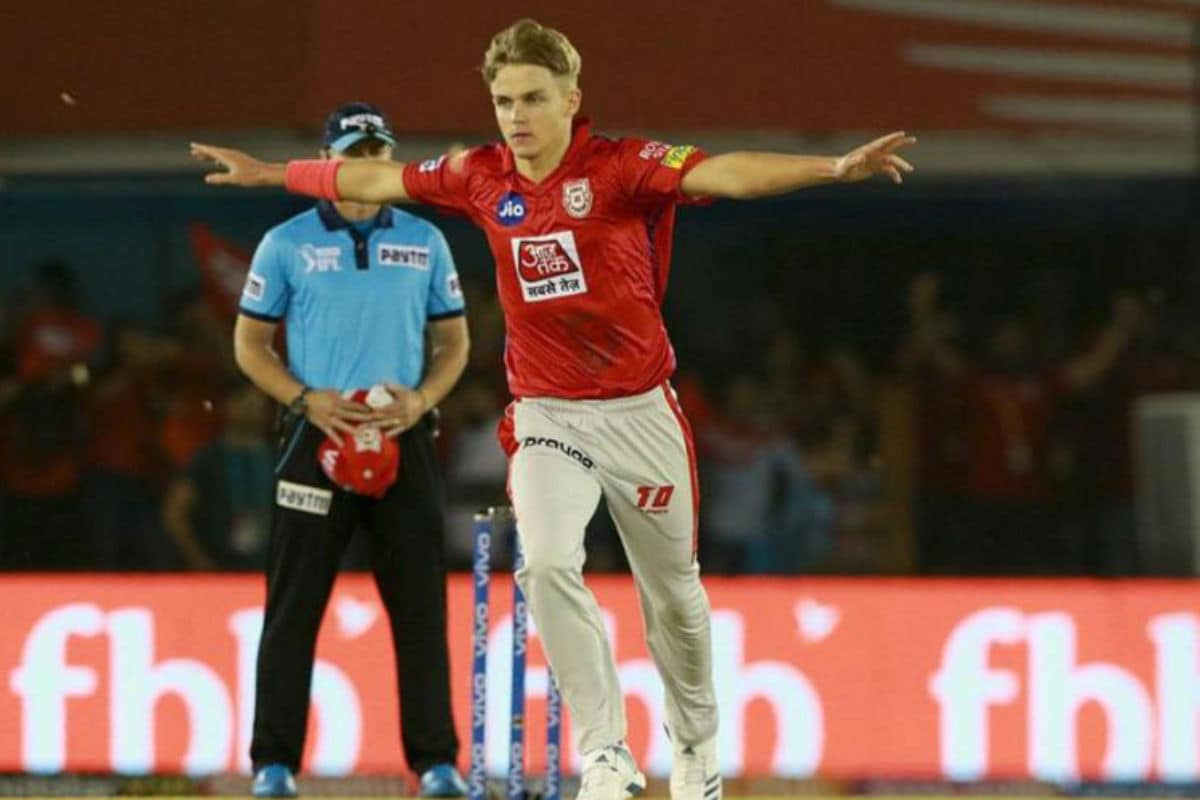 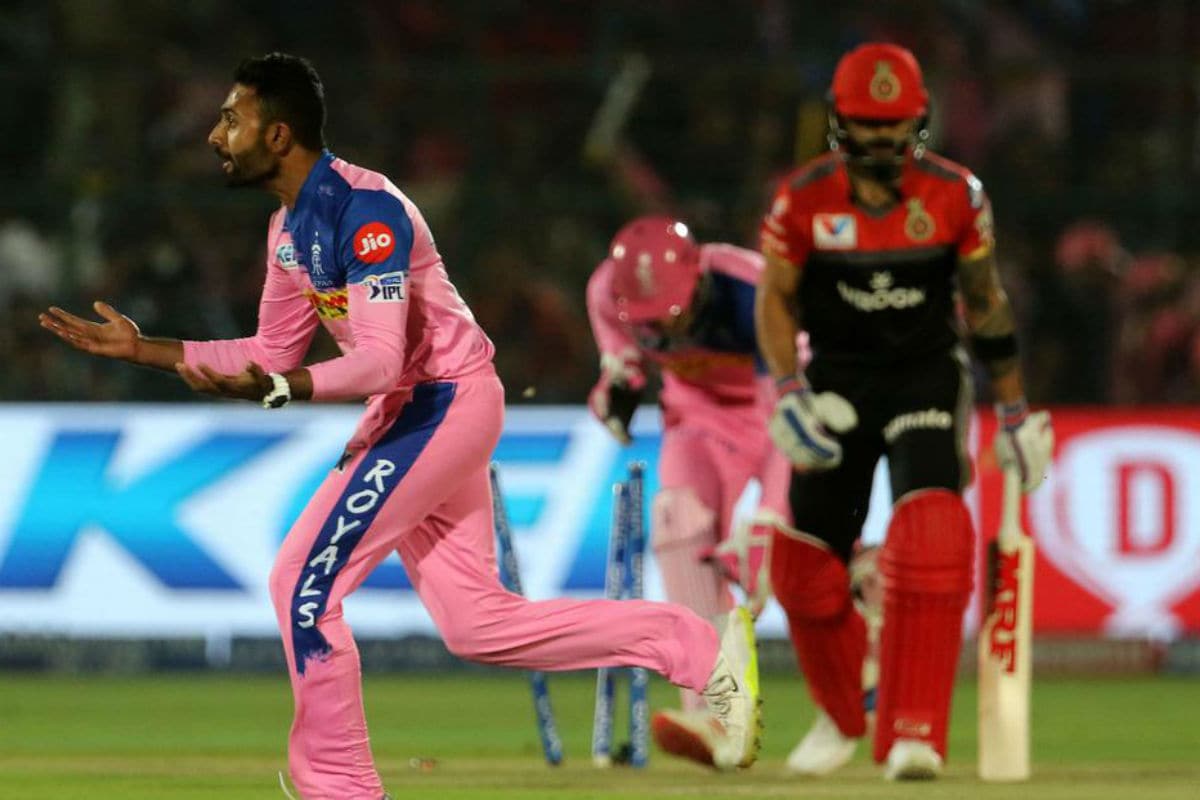 Shreyas Gopal removed Virat Kohli, AB de Villiers and Marcus Stoinis to claim his hat-trick at the M Chinnaswamy Stadium on Tuesday. Gopal, whose hat-trick is 19th in IPL history, finished his one-over quota with figures of three for 12.