Back to News18
Home » Cricket Home » News » Have Asked Rishabh to Try a Few Things While Keeping: Saha

Have Asked Rishabh to Try a Few Things While Keeping: Saha 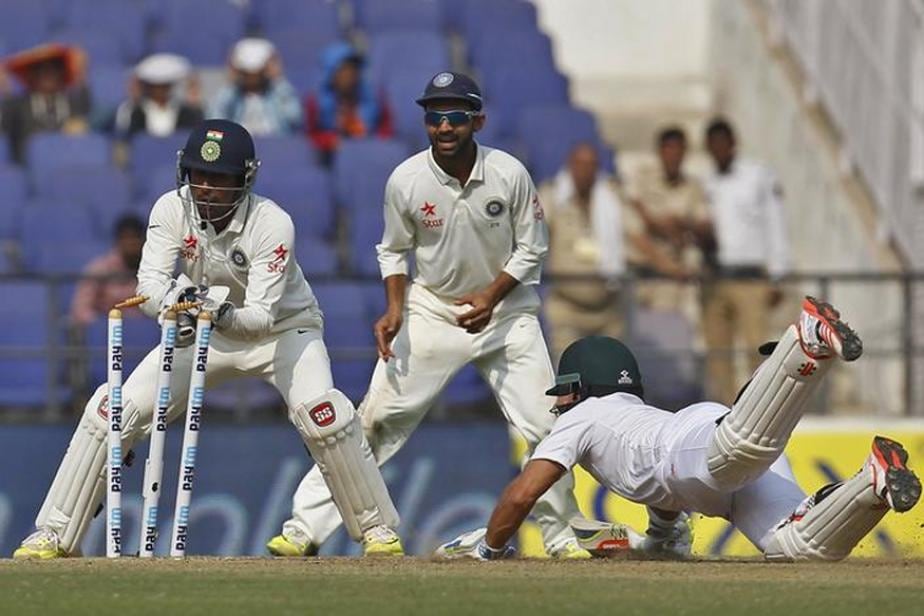 There is a lot of talk about Wriddhiman Saha competing with Rishabh Pant for a place in the Indian team. But the seasoned wicketkeeper, rated as one of the best in the business, says he is always looking to tell his younger colleague on how to get better behind the stumps. In fact, Saha wants to make it clear that there is no rivalry and the pair get along very well.

Kolkata: There is a lot of talk about Wriddhiman Saha competing with Rishabh Pant for a place in the Indian team. But the seasoned wicketkeeper, rated as one of the best in the business, says he is always looking to tell his younger colleague on how to get better behind the stumps. In fact, Saha wants to make it clear that there is no rivalry and the pair get along very well.

Back in the mix after nursing a finger injury which he picked up during the pink ball Test against Bangladesh last November, Saha was not part of the first XI for the two Tests India played in New Zealand with Pant given the nod.

The Kiwis hammered the Virat Kohli-led Indian side 2-0.

"We (me and Rishabh) keep joking around. We train together and we keep talking about the game and otherwise also. He always tries to give his best. There are few things which we have had a chat about," Saha told IANS in an interview, taking time out from his daddy duty.

"I have told Rishabh a few things which he will try according to his comfort zone. He will try during training. It's not like he will do it for one day and it will work. So, if he feels those things will work for him, he will try and implement them in his training," Saha said.

Prodded further on the advice he has given 22-year old Pant who is tipped to take over from M.S. Dhoni, Saha added: "It's not like tips. It's a discussion. I have told him these are things I follow and it makes my job easier. You can also try them and see if it works for you. See it's very personal. But yes, we do discuss wicketkeeping."

Saha will be 36 by the time India's next Test tour to Australia comes around. Asked about the future with him not picked for the New Zealand series, Saha said while it is natural for every player to expect he will play the next series, the team comes first.

"We all play for India. The team decides the best combination and we have to respect that. I had played the last series, he (Rishabh) did not play. In New Zealand, he played and I did not. Individually, yes we all expect to play. But ultimately the team is first."

The Indian Premier League (IPL), which is always a platform to prove one's mettle, has also been postponed due to the outbreak of coronavirus.

"Life and family comes first. Then you can talk about sport," Saha said. "We all sacrifice a lot for the sport but eventually if a lot of people are hampered, that is not necessary. So, we need to take necessary precautions. For the time being, we all have to wait and when the situation gets better, we all will look to do well in the IPL."

Saha played an official red-ball match after three months as he turned up for Bengal in the Ranji Trophy final against Saurashtra. Bengal fought hard but lost the five-day contest.

"Bengal played so well throughout the season. They won tough games en-route to the final. I would have loved to win the Ranji Trophy with Bengal. But it's a sport. Till the fifth day, it was a 50-50 match. But we lost early wickets on the fifth day, so it became tough for us," opined Saha, who was playing in his first Ranji final.

Cooped up at home with the West Bengal government on Sunday ordering complete lockdown of Kolkata amid the coronavirus pandemic, Saha said the family is always on guard regarding the precautions that need to be taken, especially with a newborn baby in the house. The 35-year old recently welcomed his second child, a son.

"We are not going out at all. People are also coming over less and even if they are, we are maintaining the required distance while talking. The child is safe. He is at home all the time and we are making sure whenever he is touched, our hands are properly sanitized," he said.