Virat Kohli and Anushka Sharma are celebrating their third wedding anniversary today with mom-to-be Anushka in India and the Indian skipper in Australia for the bilateral series. 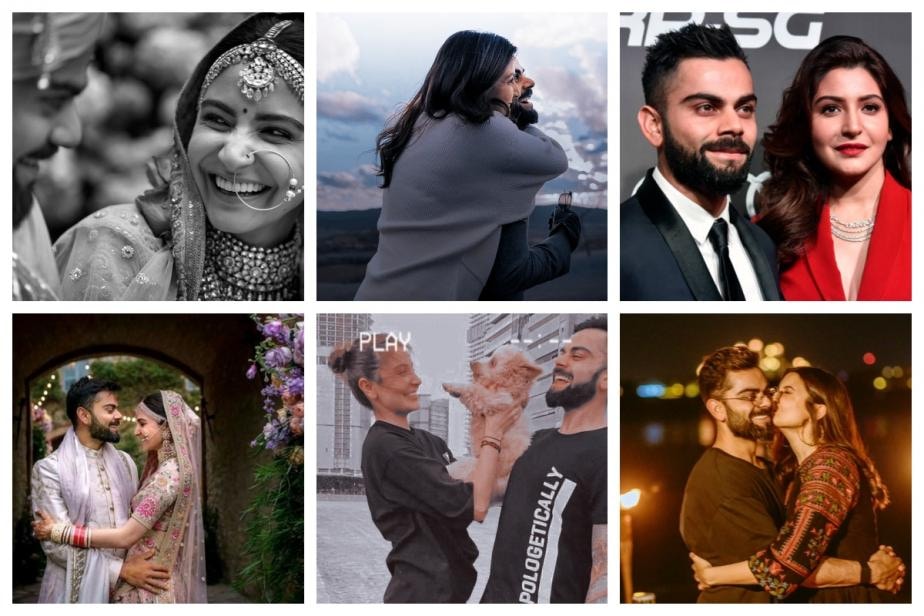 Virat Kohli and Anushka Sharma are celebrating their third wedding anniversary today with mom-to-be Anushka in India and the Indian skipper in Australia for the bilateral series. The duo put out heartwarming pics on their respective social media accounts wishing each other, and much to the delight of their fans as well.

The fans also took to social media to wish the duo, popularly hashtagged in 'Virushka' often. Kohli wrote, "3 years and onto a lifetime together" followed by a heart emoji alongside the photo. The duo expecting their first child in January 2021. Earlier in the year, On August 27, the duo had taken to social media platforms Instagram and Twitter to announce that they were expecting their first child.Missing Virat on the occasion, Anushka wrote, "3 years of us & very soon , 3 of us," alongside a mushy picture of the two. In the picture, Anushka can be seen hugging Virat at a picturesque destination.

This is how fans congratulated the duo:

It's their 3rd anniversary tomorrow., 3rd like omffffgggg and they become parents next month, I'm okay. #Virushka • #AnushkaSharma • #ViratKohli pic.twitter.com/wnpNiCG93Q

Thank you for making us believe in fairy tales.

Happy 3rd wedding anniversary to my faviee❤#Virushka stay happy stay together may god bless you both ❤@imVkohli @AnushkaSharma ❤ pic.twitter.com/ZlF2hGLE4l

You guys aren't an beautiful example of love...!!!

You’ve taught us that in the face of true love one must not run away from a few bumps on the road. @AnushkaSharma @imVkohli #Virushka #Since2013 #Virushka pic.twitter.com/PU230DIYVT