Team India youngsters, who play a key role and have been a part of the team across formats – pacer Jasprit Bumrah, all-rounder Ravindra Jadeja and Shreyas Iyer celebrated their birthday on Sunday, December 6, during the ongoing India tour of Australia. 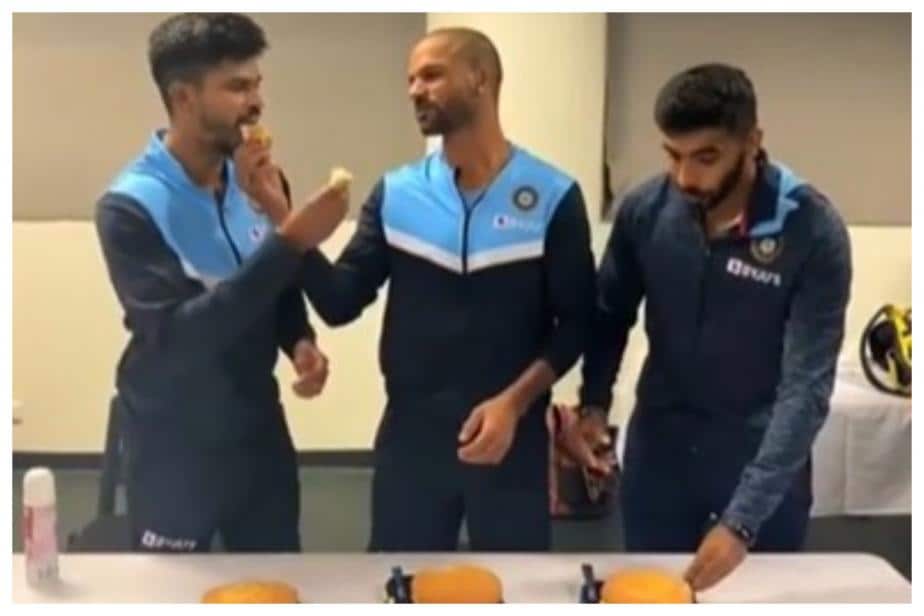 Team India youngsters, who play a key role and have been a part of the team across formats – pacer Jasprit Bumrah, all-rounder Ravindra Jadeja and Shreyas Iyer celebrated their birthday on Sunday, December 6, during the ongoing India tour of Australia.

Sunday also seems to be an auspicious day for Team India, as close to five cricketers, including a former player, celebrated their birthdays. Other than the trio mentioned above, Karun Nair and former player RP Singh also marked their birthdays and the cricket fraternity and fans have flooded them with wishes.

The Board of Control for Cricket in India (BCCI) wished them through their official social media handles. On Instagram, they posted a short video clip which showed Iyer, Shikhar Dhawan, who celebrated his birthday a day earlier, and Bumrah cutting cakes.

In the video, the trio cut cakes and fed each other a bite while the team and others congratulated them. In another Tweet, BCCI posted a photo of the Jadeja, Bumrah and Iyer. The tweet was captioned, “Wishing #TeamIndia trio of @Jaspritbumrah93, @imjadeja and @ShreyasIyer15 a very happy birthday.”

Former Indian cricketer Virendra Sehwag took to the micro blogging site and wrote, “Today’s Date 6/12- Half Dozen, One Dozen. And a day when nearly a dozen really wonderful cricketers were born. Happy Birthday to @Jaspritbumrah93, @imjadeja, @ShreyasIyer15, @karun126, @rpsingh. Have a great life ahead boys!”

And a day when nearly a dozen really wonderful cricketers were born.

Wish you a happy birthday @Jaspritbumrah93!

Always a joy to see you bowl with heart and soul. May the wickets and good days keep coming. pic.twitter.com/sYJKqhysQC

Give your best and keep working hard. Wishing you a successful year ahead. pic.twitter.com/ANpmHayXJA

Harbhajan Singh posted a series of tweets to greet the players. Calling Bumrah “a champion bowler, game changer, yorker king”, he wished him on the special day.

Happy birthday @ShreyasIyer15 wish you all the happiness going forward

The players were also wished by their current IPL franchises who took to Twitter and expressed their love for them. Mumbai Indians wished their star bowler sharing a collage of Bumrah’s photos in IPL. They captioned the photo with a birthday message, highlighting several of Bumrah’s achievements in the IPL.

Most wickets in a season for an Indian

Super Birthday to our Royal Navghan! Wishing namma Jaddu a speedy recovery and wishing us all semma Jaddu moments all year round. #WhistlePodu #Yellove @imjadeja pic.twitter.com/omPAtMU2n2

Here's to another year of staying young, wild and free everytime you play the beautiful game, @ShreyasIyer15 ✨

Wishing the no-look specialist, on and off the field magician and our Skipper, a very Happy Birthday #YehHaiNayiDilli #HappyBirthdayShreyas pic.twitter.com/wSI5jhIorR

Meanwhile, Team India ended their day on a great note as they clinched the T20I series drubbing Australia 2-0 in the series. The visitors beat the hosts by six wickets in the second T20I to clinch the three-match series at the Sydney Cricket Ground on Sunday.