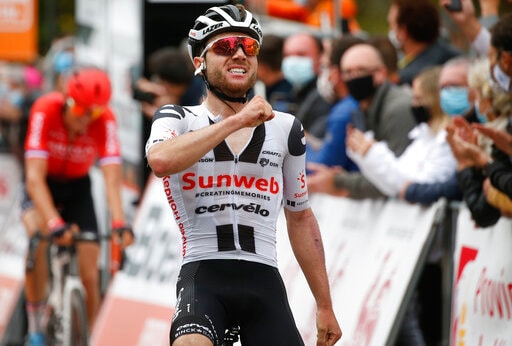 Hirschi signed a three-year deal, the team said in a statement. It followed his exit on Tuesday from the team known last season as Sunweb.

The 22-year-old Swiss left his former team one year before the expiration of a contract with a basic salary reportedly of around just 30,000 euros ($36,500).

He is managed by Fabian Cancellara, the retired Swiss great who won multiple one-day classic races and two Olympic titles in the time trial.

Hirschis strong end to the 2020 season included winning a stage at the delayed Tour, the overall award as the most aggressive rider, plus his first one-day classic victory at the Flche Wallonne in Belgium.

He also finished runner-up at the Liege-Bastogne-Liege classic and took bronze at the World Championships.