Back to News18
Home » Cricket Home » News » I see a bit of Diego Maradona in Virat Kohli: Sourav Ganguly

I see a bit of Diego Maradona in Virat Kohli: Sourav Ganguly

"One of my favourite sportsmen was Diego Maradona and every time I saw him play football you could see the passion in the heart. You see the same thing with Virat Kohli," Ganguly said. 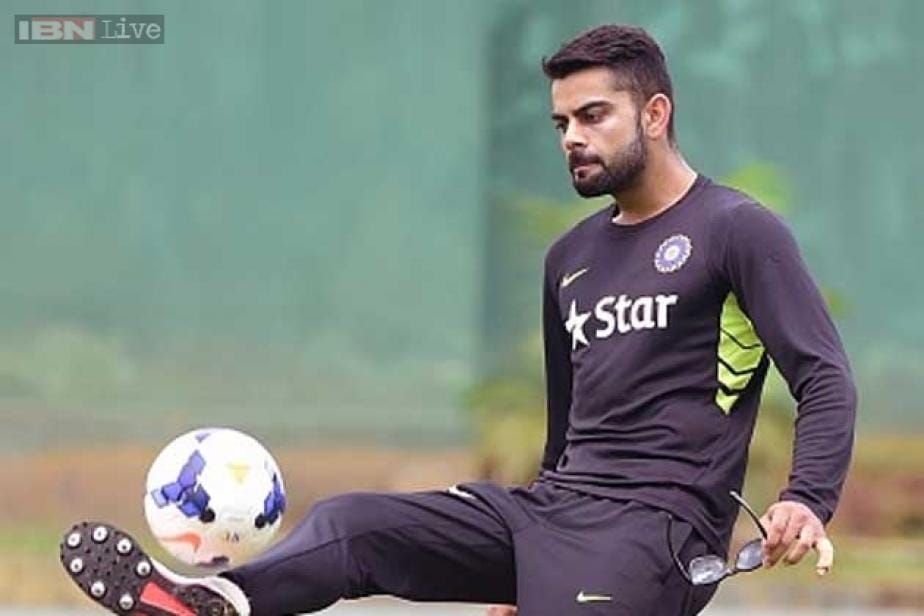 "One of my favourite sportsmen was Diego Maradona and every time I saw him play football you could see the passion in the heart. You see the same thing with Virat Kohli. I love his body language. I am a big fan of Kohli," an avid football follower, Ganguly told reporters.

"I love him off the field as well. It's about passion. I have got lot of faith in Virat Kohli. Whatever I've seen of him from the ground or TV, it gives me a lot of confidence."

Kohli on Thursday struck his fourth century as captain from as many Tests to put India in command against Sri Lanka on day two of the first Test in Galle.

In his maiden Test as captain, Kohli struck two centuries against Australia in the first match at Adelaide as India were on the verge of victory before losing by 48 runs.

After Dhoni's sudden retirement, Kohli returned as skipper in the fourth and last Test in Sydney and scored another century.

All praise for Kohli's "hunger" to win, the Indian great hoped the Delhi batsman build a team capable of winning in all conditions.

"He's hungry, he wants to win. He got a Test hundred again as a captain. He's scored four hundreds from the four Tests he captained so far. This is a fabulous sign," Ganguly said.

Kohli promoted Rohit Sharma to No. 3, a move that did not click in the ongoing Test but Ganguly said it's all about building the side.

"Give Sharma an opportunity at No. 3 for a while. You cannot just see someone for a Test and leave him out. India need to build a team for all conditions. I'm completely in favour of Sharma getting an opportunity."

Giving credit to Ravichandran Ashwin for India's domination in the ongoing Test, he further said the off-spinner looked dangerous as he got a lot of turn.

"Superb show by Ashwin on the first day of a Test... It's because of him India are in a commanding position. He spun the ball. The moment a spinner gets turn he becomes dangerous."

On India's strategy of playing five bowlers, Ganguly said: "It's an attacking thought. It has worked in this series so far -- we are in a commanding position on day two. Now you have to stick to that. It's too early to pass a judgment now.

"Australia were the best side in the world with four as they had four outstanding bowlers in McGrath, Warne, Gillespie and Lee. It depends on the team and the situation and at present I think it's a great move by India."

"You have already seen the void with Mahela leaving and now it would be even bigger after Sangakkara goes. It won't be easy but at the same time you got to remember Sangakkara did not become Sangakkara in one day. Be it Sangakkara, Sachin or Dravid. So the new player who comes in, you have to give them 10-12 years of time."

Paying rich tribute to Sangakkara for his contribution to the sport, Ganguly said: "He's has been an absolute champion. I've seen great players like Sachin Tendulkar, Jacques Kallis, Brian Lara, Rahul Dravid, Mahela Jayawardene, Ricky Ponting... There are loads of them so I don't believe in 1-2-3..."

"The form of Clarke was very crucial for Australia. He's been like a pillar for them for a long long time with fine performances across all the formats."

Only last season, Australia had effected a 5-0 whitewash against England and Ganguly backed the world champions to bounce back.

Terming them a terrific cricketing nation, Ganguly said: "They will recover. Australia beat them 5-0 a year ago in the Ashes and in the World Cup this team was unbeatable. That's how sport is, every time you don't win."

Asked about the fate of the India-Pakistan series, Ganguly said some things should be best left to the government.

"India, Pakistan series has always been decided by the government. We toured in 2003-04 when I was the captain and it was for the first time since 1989-90 that we toured Pakistan.

"There were times even in those days when the series was planned but would get cancelled. So you have to leave it to the government. It cannot be taken as a series till the first ball is bowled. So let's just stick to that."

Meanwhile Ganguly on Thursday was roped in by Kellogg India for raising awareness about the importance of having breakfast.

"Breakfast is very essential to have a balanced diet. During our playing days, I remember how we're told that the entire team should be present at the breakfast table by 7am," Ganguly said at the promotional event.