Varun Aaron has shrugged off the disappointment of being left unwanted at this year's India Premier League (IPL) auction with the Indian paceman instead channelling his focus on striving for a successful county stint in England. 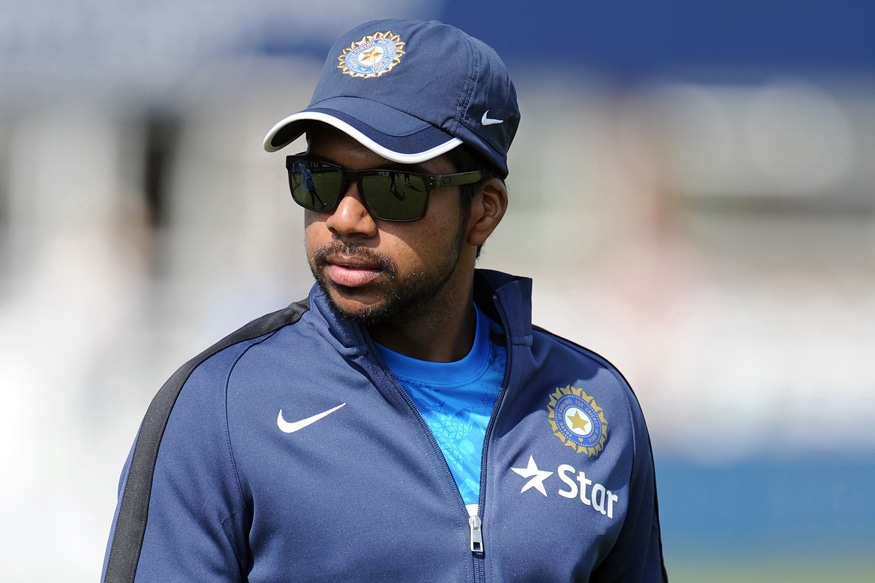 New Delhi: Varun Aaron has shrugged off the disappointment of being left unwanted at this year's India Premier League (IPL) auction with the Indian paceman instead channelling his focus on striving for a successful county stint in England.

Despite being overlooked by all eight IPL franchises, the 28-year-old is now armed with a deal to play for Leicestershire in the early part of the 2018 County Championship, a stint he hopes will put his stuttering career back on track.

"I was not really thinking about whether I'd be picked or not in the IPL auction," Aaron, who has represented the Delhi, Kolkata, Bangalore and Punjab franchises in the lucrative Twenty20 league, told Reuters in a telephone interview.

"It was more a case of which team is going to pick me. But when it didn't happen, it was a shocker for sure," added the right-arm bowler, who played his last test in 2015.

"But it took me a few minutes to snap out of it. For the amount of hard work I have put in, for all that I have come through, I feel there's bigger things in store.

"When we talk after six months, then I can tell you that it's the best thing to have happened to me. I really feel this might be the turning point," he said, looking forward to his spell in England with the Division Two side.

After the snub, Aaron set his sights on county cricket and an unlikely door opened when Leicestershire asked him to fill the 'overseas player' void left by Pakistan seamer Mohammad Abbas, who will be busy on national duty.

Aaron said he always wanted to experience county cricket and the IPL snub made his decision to head to Britain that much easier.

"I even considered skipping IPL last year to play county cricket. I spoke to my colleagues and my coaches who said 'No, you must play in the IPL, it's a big thing in the calendar' and stuff like that," he said.

"This year what happened is by default... county cricket is really competitive. I know that after I come out of this, what I'm bowling now is going to be maximised by a big margin."

Aaron burst on to the test scene in 2011 as a genuine speed merchant in an Indian pace attack of mostly line-and-length bowlers but a spate of injuries ensured he has played only nine tests and the same number of one-day internationals.

"I have had so many injuries. Every time I've hit form, something has happened," he said.

"Touch wood, the past year's been really good. I've bowled a lot of overs in the (domestic) Ranji Trophy and getting a county deal immediately after that, it's going to help me a lot."

With India set to tour England later this year and also head there for the 2019 World Cup, Aaron felt the IPL rebuff could actually prove to be a "blessing in disguise".

"While I'm not thinking about it constantly, it would be really stupid to say it's not something I haven't thought about," he said.

"At the same time, I can only play for the India team if I do well for Leicestershire. I'm really looking forward to making an impact with Leicestershire.

"I can still do big things. In the coming years, I definitely want to win matches for India abroad."

The paceman from Jharkhand also admitted to having a better understanding of both his body and his craft, pointing to his increased workload in domestic cricket as evidence of this acquired knowledge.

"What I've lacked all these years is that I have not played cricket consistently," he added.

"You evolve as a bowler only if you play games and bowl those overs. I can finally see that ease in my bowling and my body is now responding to my mind.

"I really feel this is the way forward. I really don't just want to run the race, I want to be the best at it. That's why even after so many injuries, I have not reduced my pace, I have not changed my work ethic. I still keep at it."

Aaron believes he has age on his side and remains undaunted by the settled look to India's present pace attack.

"A lot of the great bowlers in the world have peaked after 27, be it Dennis Lillee, Dale Steyn, or (James) Anderson," he said.

"I think 27-28 is when you really understand your body and your bowling as a fast bowler. I feel 28 is the ideal age to bowl at your best. I'm really excited for the days ahead.

"Competition never bothered me. I know I'm unique and if I'm bowling at my best, I will get picked to play for the country.

"Back in 2013-14, it was a very settled unit. Zak (Zaheer Khan) was playing, Ishant (Sharma) was playing, Umesh (Yadav) was playing, and there was Praveen Kumar too. And I still got into the team."