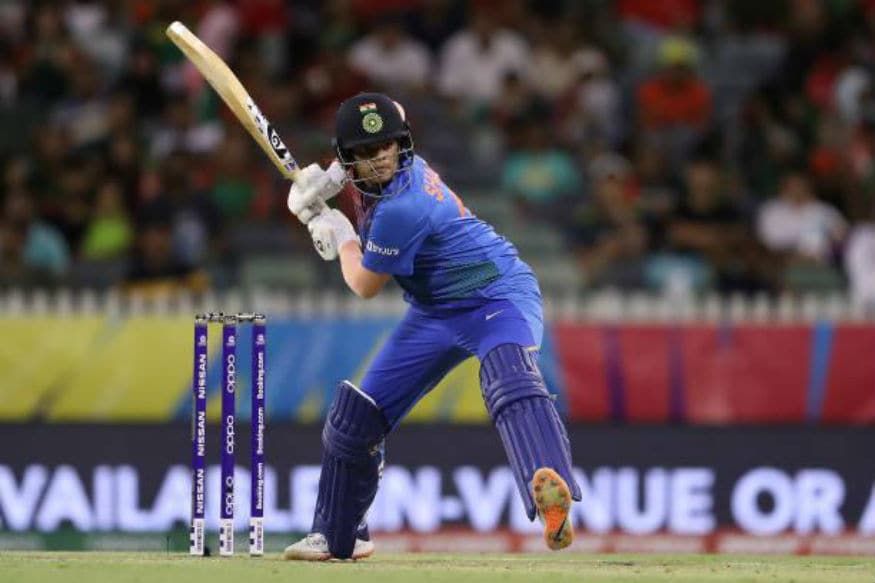 India opener Shafali Verma dancing down the track to hit back over the bowler's head may look ridiculously effortless but it is the result of practising the shot at least 50 times a day, says the coach who nurtured the batting sensation.

The 16-year-old has scored at a strike rate of 161 - the highest by any frontline batswoman in the competition - and her nine sixes are also the most by anyone in this year's tournament.

She has shown a particular penchant to charge out and hit bowlers over their head, a shot she honed under coach Ashwani Kumar's watchful eyes at the Shree Ram Narain Cricket Academy in Rohtak.

"We made her play every shot, including that, at least 50-times-a-day," Kumar told Reuters by telephone from the north Indian city in Haryana.

"This is how you build muscle memory. Obviously she was a natural striker of the ball. We didn't overhaul her style, we just polished it."

Verma is currently the top ranked Twenty20 batswoman, a remarkable rise for the daughter of a goldsmith who had to cut her hair and masquerade as a boy to get enough practice early in her career.

"She was barely 12 when she enrolled but within months she started striking the ball so hard that we started fearing for the safety of other girls in that group," Kumar said.

"So we put her in the senior group and she then started practising with the boys."

Kumar's academy has produced quite a few first class cricketers and he got some of them to bowl against Verma.

One of them was Haryana quick Ashish Hooda, who was immediately struck by Verma's talent and fearlessness.

"So I began with a short run-up and was surprised by her ball-striking.

"Then I went full steam but she did not flinch and played quite a few shots. I knew she was special and will play for India one day, though could not imagine it would be so fast."

Verma has strong arms and shoulders and boasts excellent hand-eye coordination which leaves little margin of error for the bowlers.

"She is blessed with certain traits but one has to work hard to get the best out of them," Kumar said.

"To her credit, she is a fast learner and hard-worker. The only thing she probably needs is to mix more singles and doubles in her batting.

"But she's very young and will only grow better with experience."

As for his advice to Verma ahead of Sunday's final against defending champions Australia, Kumar said he did not want to clutter her mind.

"I just wished her well and asked her to follow whatever her captain and coach tell her."