With the seventh edition of the ICC Women's T20 World Cup set to commence from February 21st in Australia, we take a look at the history of the competition from an Indian perspective, and take you through how the Indian women's team has fared at each of the previous competitions. We start with the very first edition in England in 2009, that saw a vastly different Indian team to the one which will enter the competition this year.

With the seventh edition of the ICC Women's T20 World Cup set to commence from February 21st in Australia, we take a look at the history of the competition from an Indian perspective, and take you through how the Indian women's team has fared at each of the previous competitions. We start with the very first edition in England in 2009, that saw a vastly different Indian team to the one which will enter the competition this year. The 2009 edition of the tournament featured only eight teams, split into two groups each with the top two teams in each group at the end of a round-robin format going on to play the semi-finals. India, led by Jhulan Goswami had England, Sri Lanka and Pakistan in their group. After losing the first game to England by a comprehensive ten wickets, India met Pakistan in the next do-or-die match. After being put in to field by Pakistan, India did brilliantly to skittle them out for just 75 runs, and reached the target with 14 balls and five wickets to spare. Gaining confidence from that match, the Indian team overcame Sri Lanka in the next game and finished in second position along with England. However, they met their match in the semi-final in the shape of the 'White Ferns' the New Zealand team won comprehensively by 52 runs at Trent Bridge, Nottingham. Overall, it was a good debut outing for the Indian team. England beat New Zealand by sic wickets in the final, and became the first T20 champions in women's cricket. 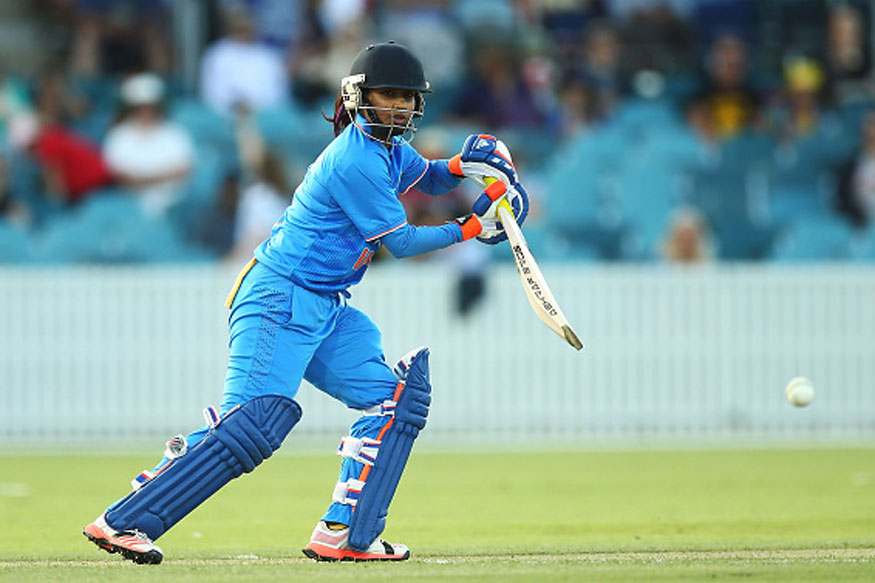 The 2010 edition of the tournament was played in the West Indies, and followed the same format of the first edition. India once again had Pakistan and Sri Lanka in their group, along with New Zealand this time and suffered the same fate in the opening match. They lost to New Zealand by 10 wickets, and were tasked with winning both their remaining matches in order to make it to the semi-final stage. India were successful in doing that, beating Pakistan by nine wickets (with Poonam Raut scoring a memorable run-a-ball 54), and India beating Sri Lanka by 71 runs in the next match. However, they were undone in the semi-final once again, this time by Australia who came away with a seven wicket victory at Beausejour. India suffered heartbreak once again, but were encouraged by Poonam Raut's performance of 44 off 51 balls once again. 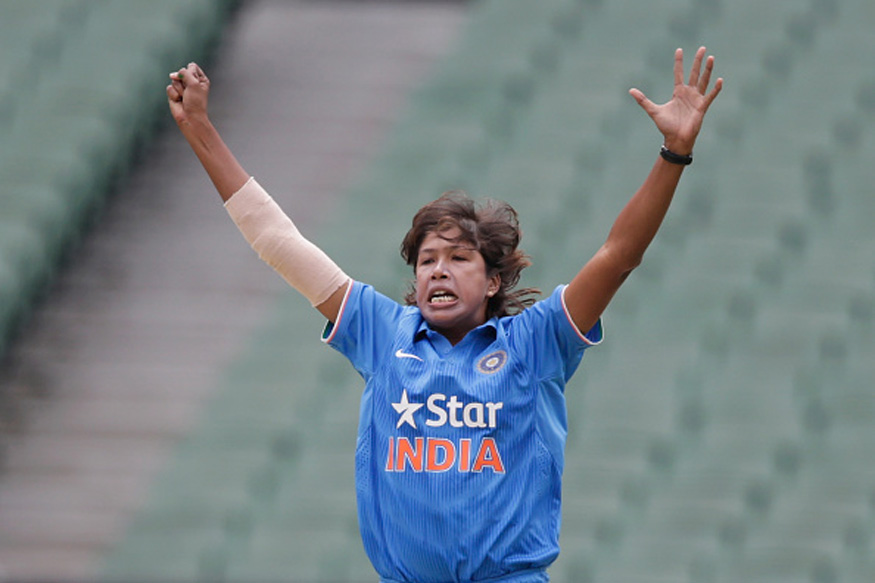 Jhulan Goswami in a disappointing campaign.

India had a forgettable outing at the 2012 World Cup that was held in Sri Lanka. The format remained the same, but India were not even successful in getting out of their group this time around. They had a tough group which included Australia, England and Pakistan, and did not get off to the best starts in the tournament, losing to Australia by eight wickets at Galle. One thing which was constant were the performances of Poonam Raut. She made a run-a-ball 21 in a losing cause, and then went on to make 51 off 57 balls in the next match against England, which they also lost by nine wickets. In the last match, India were playing for pride against Pakistan, knowing already that even a win would not help them qualify. Pakistan did brilliantly to defend a total of just 98 runs, and India ended up losing the match by one wicket. A forgettable outing. The 2014 edition of the tournament was the first to have more than eight teams, and more than four teams in every group. The top two teams from every group still qualified for the semi-finals, but there was an additional prize for the team finishing third in the group, standing a chance to play a play-off match for qualification to the next edition of the T20 World Cup. India's group had England, West Indies, Sri Lanka and Bangladesh, and the women in blue did not finish in the top two once again, instead finishing third. However, India then did play a qualification play-off match against Pakistan, who had also finished third in their group, to determine qualification for the next edition of the T20 World Cup. They extract revenge on Pakistan for their loss in the last edition of the World Cup, winning by six runs and finishing the tournament with at least something to show for their efforts. The 2016 edition of the T20 World Cup was the first to be hosted by India, and followed the same format of the 2014 edition with ten teams split into two groups, and the top two qualifying for the knockout rounds. Of all the World Cups played by India in the past, this one ranks as one of the most disappointing, with the hosts finishing in a lowly fourth position in their group which also included England, West Indies, Pakistan and Bangladesh. While India got their campaign off to a great start with a comprehensive 72-run win over Bangladesh at the Chinnaswamy Stadium in Bangalore (Mithali Raj scoring 42), the hosts lost the rest of their matches against Pakistan, England and West Indies. It was the experience of not qualifying for the semi-final in their host tournament that prompted a series of changes in the structure of Indian women's cricket, and led to the fresh faces that we see in the Indian women's team today. The world cup saw the emergence of stars like Jemimah Rodrigues

The 2018 edition of the ICC Women's T20 World Cup is the most successful one that India have been a part of so far. They finished at the top of their group, beating Australia, New Zealand, Pakistan and Ireland along the way. The heartening part for the Mithali Raj led side was that all wins were comprehensive and commanding, with every match throwing up a new match-winner. Harmanpreet Kaur was bang in form, and a new star in the shape of Jemimah Rodrigues was beginning the set the stage alight. India finished at the top of their group, and by this point were looking like favourites for the title. However, their run came to an end once again in the semi final, losing by eight wickets to England at the Sir Vivian Richards Stadium at North Sound. Smriti Mandhana made a quickfire 34 in the first innings which was the highlight, but the tournament ended on a good note for India, as they announced themselves as a force to be reckoned with in the women's cricket arena.