Indian players walk off the ground after their loss to Australia in the Women's T20 World Cup cricket final. (AP Photo/Asanka Ratnayake)

Despite that, there were plenty of good things for India in the tournament. Here's a report card of their performances.

India missed a chance to create history, losing in the final of the Women's T20 World Cup 2020 against Australia. They aced the competition when conditions suited them but the moment they encountered a flat track and a counter-attacking opposition, they crumbled.

Despite that, there were plenty of good things for India in the tournament. Here's a report card of their performances. She was in tears by the end of it all, but as Smriti Mandhana said after the final, Shafali can be proud of her performances in her debut T20 World Cup. At just 16, she set the tournament on fire with 163 runs at a strike-rate close to 160. Her fearless batting gave India quick starts, playing a big part in them winning all four matches in the group stage. The only failure, unfortunately, came in the final.

An area for improve for Shafali, however, is her fielding. Her drop catch of Alyssa Healy in the final proved to be costly, but she'll learn from the experience. Overall, Shafali was easily the find of the tournament particularly for India.

Much was expected off India's premier batter Mandhana, but the opener could manage only 49 runs from four innings. A highest score of 17 showed everything that went wrong for her in the tournament.

Mandhana missed a game due to fever but was in no rhythm through the tournament. She was in form coming into the tournament but couldn't convert it into anything useful in the World Cup. Shafali's quick starts made up for Mandhana's failures, but when Shafali failed in the final, the senior partner couldn't step up. She's been making all the right moves off the field, and her on-field performances was not too bad either, barring the final. A duck in the final in a huge chase meant she ended the tournament poorly, as did the rest of the team.

Jemimah, however, played a couple of decent knocks earlier in the tournament. Her 26 and 34 against Australia and Bangladesh respectively in the group stage helped India recover from tricky starts and post competitive totals, which the bowlers defended. India needed a huge effort from her, and the others, in the final but that wasn't to be. Like Mandhana, Harmanpreet too had a poor tournament with the bat. The captain was completely out of form, managing only 30 runs in 5 innings. India needed a special effort from her in the final but that wasn't to be.

Kaur's captaincy also left much to be desired, as India hardly had a Plan B in the final when Australia began attacking. India were strong when the conditions suited them but the moment they encountered a flat track, they crumbled. Kaur will have to find ways to improve her batting and leadership.

116 runs from 5 innings at an average close to 39. Deepti's unbeaten 49 in the first game against Australia played a big part in their victory, and her 33 in the final gave India some respectability.

However, Deepti left much to be desired with her bowling, picking up four wickets in the tournament at an economy of 6.5. Her first over in the final against Australia set the tone, she began with three full tosses and conceded 35 in her first three overs. It might have been different had Shafali not dropped Healy in the fourth ball of the innings, but Deepti will have to settle for an 'average' result at the end of the tournament.

Veda's quick unbeaten 20 played a crucial part in India's win over Bangladesh, but there was little else for her to do in the tournament. By the time she came on to bat in the final, the game was as good as over. She overall made 54 runs from 4 innings.

Bhatia made 27 runs from three innings with a highest of 23, but her best contribution came from behind the wickets. Bhatia was superb with the gloves, taking six catches and making four stumpings. With India's spinners on song through the tournament, except the final, Bhatia backed them well with excellent glove-work. 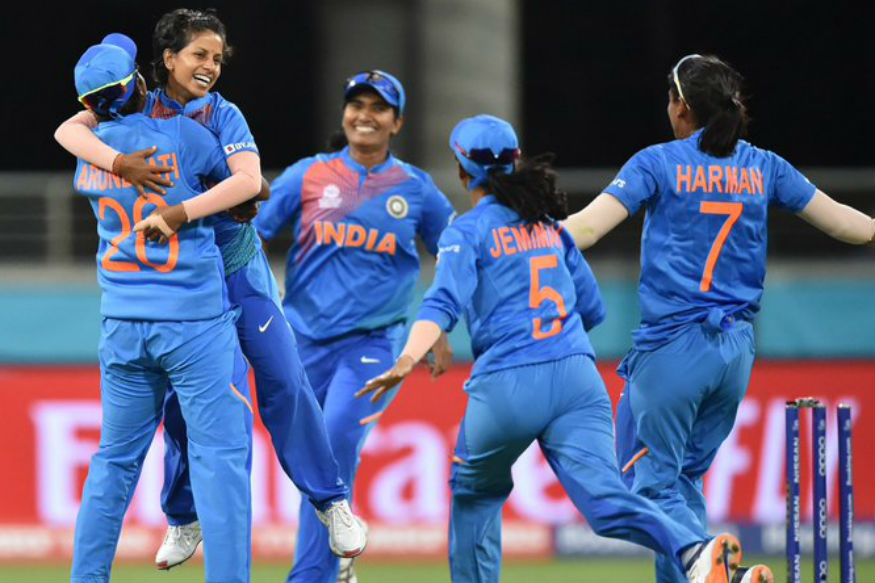 One bad game does not spoil the entire tournament. That's how India will see their campaign, just like Pandey will see hers. She was smashed for 52 runs in 4 overs in the final, with Healy taking her to the cleaners. But until then, she had got her experience to the fore to back the spinners. She overall picked seven wickets at an economy of 6.85.

Radha Yadav was the Player of the Match against Sri Lanka for picking 4 wickets, and overall had six in the tournament. Gayakwad played the supporting role, picking up 5 wickets in 5 innings. Both were decent without being extraordinary or bad, playing their roles as support acts well. 10 wickets from 5 innings, second in the list of wicket takers in the tournament. Poonam started the tournament with a bang against Australia and although she couldn't end well, she spun a web through her campaign. 1 for 30 in the final was neither here nor there, but Poonam should overall be pleased with her effort in the tournament.