Captains Prithvi Shaw of India and Jason Sangha of Australia (L-R) pose with the trophy during a pre-final media opportunity at Bay Oval in Tauranga, New Zealand. (ICC/ Getty Image)

Australia and India play in the final of the ICC U19 Cricket World Cup at the Bay Oval in Tauranga on Saturday knowing that victory in the day-night encounter will make their side the most successful ones in the history of the tournament.

Australia and India play in the final of the ICC U19 Cricket World Cup at the Bay Oval in Tauranga on Saturday knowing that victory in the day-night encounter will make their side the most successful ones in the history of the tournament.

Australia and India have won the title three times each with a fairly even record in ICC U19 Cricket World Cups when it comes to head-to-head encounters but India have had the edge in recent years as well as in this tournament, which culminates after an elaborate league-cum-knockout competition that saw 16 teams in the fray.

India have the psychological advantage of having beaten Australia by 100 runs in their tournament opener and have also won the previous two matches including at the 2012 final, which was the last of India’s three titles. Australia’s wins against India in the tournament were in 1988 and 1998.

India are the only unbeaten side in the tournament with the win over Australia being their lowest margin of victory. They are considered a balanced side with the Shubman Gill-led batting line-up and a potent fast bowling attack giving captain Prithvi Shaw several options as they look to add a fourth title to the ones India won in 2000, 2008 and 2012. 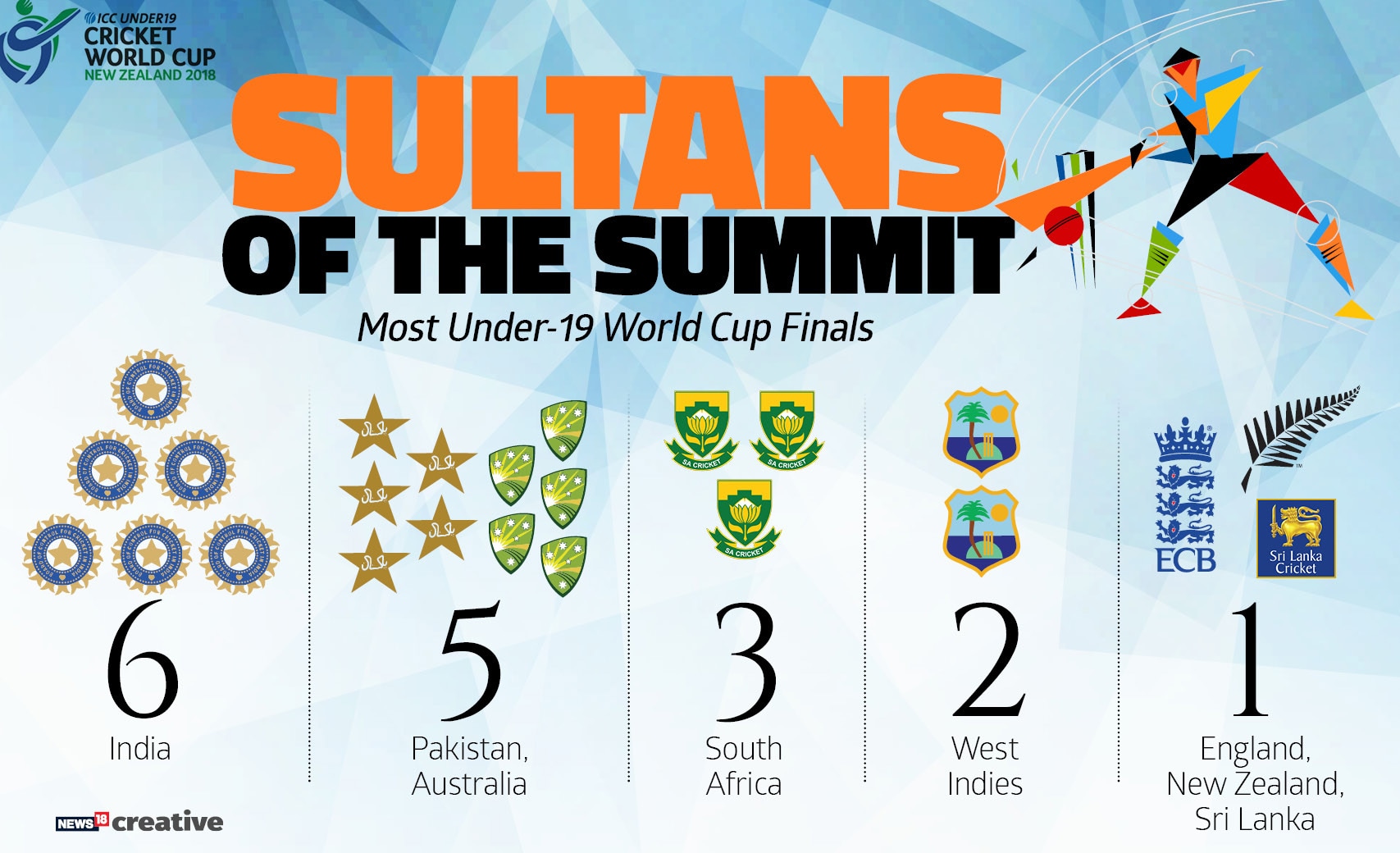 India captain Prithvi Shaw said he was comforted by the fact that the fast bowling attack had been doing well right from the first match.

“Whenever the team’s needed them, they (fast bowlers) have provided the breakthroughs. They’re ready whenever I ask them to bowl. They’ve good intensity as well, their fitness is great as well. All of them … Kamlesh (Nagarkoti), (Ishan) Porel, (Shivam) Mavi. It helps us all have a good attitude in the field, we’re all really pumped up when our fast bowlers do well," he said

Shaw was not bothered that the batting line-up had not been tested enough, with the openers getting solid starts in all but one of five matches, including two century partnerships, and number three batsman Gill aggregating 341 runs at an average of 170.50, including one innings as opener.

“I have confidence that even if we get one partnership, we can take charge of the match and take the score to 250-300. If you look at our match against Australia too, we put up a good total, even though we lost a couple of wickets after an early partnership. The middle order also controlled the innings well,” he said.

Shaw though was cautious and said Australia had a better side than the one they had beaten early on and that he would focus on his own team doing well.

On the other hand, Australia captain Jason Sangha said his team was looking to seize the initiative against India as the team looks to add a fourth title to the ones won in 1998, 2002 and 2010.

“The 100-run loss does not bother me at all. A grand final is a different contest. It’s a different pitch, different nerves. They’ve played good cricket but if we get a couple of early wickets and put pressure on their players, anything can happen.

“We wouldn’t say we are underdogs. We are not the favourites, but at the end of the day we are Australia, we are our own team, India are their own team. We are a side that can beat any team if we play well. We’ve grown by leaps and bounds since our first match,” he said.

Australia have had big moments too with their bowlers producing the two best performances till date in the tournament. Fast bowler Jason Ralston took a tournament record seven for 15 against Papua New Guinea and then leg-spinner Lloyd Pope bettered that with eight for 35 in a dramatic low-scoring quarter-final against England in Queenstown.

Though Ralston had to return home due to an injury, captain Sangha feels there is a lot of sting in their bowling attack.

“They (India) have not been tested too much, especially the middle-order. We are a different side, and playing some really good cricket. I don’t think there are any nerves, all the guys are quite excited,” he said.

This is the fifth time that Australia have made the final of the tournament. India are playing the final for the sixth time, including in the last edition in 2014, when they lost to the Windies.