Can New Zealand up the ante again in the final week in England and Wales starting with India? Here’s how New Zealand went about their league stage at the World Cup

Up until the final third of their league stage games, Williamson’s side was more or less in cruise control, before the waters became choppy, and another semi-final appearance came by.

Can New Zealand up the ante again in the final week in England and Wales starting with India?

Here’s how New Zealand went about their league stage at the World Cup. The Kiwis opened their campaign on day three of the tournament against 1996 champions Sri Lanka, who are a far cry from their former selves.

Lockie Ferguson, Trent Boult and Matt Henry cranked it up and made it rather uncomfortable for the Sri Lankan batsmen, who other than captain Dimuth Karunaratne’s half-century failed to show any resilience, and folded for 136.

Openers Martin Guptill and Colin Munro said thank you very much and wrapped the chase up in 97 deliveries.

Game 2: New Zealand Beat Bangladesh by 2 Wickets at The Oval Matt Henry, Trent Boult and Lockie Ferguson were once again at the centre of it all as they tried to reign in the Tigers, but Shakib Al Hasan had his own plans. Surrounded by cameos, the World Cup’s best all-rounder scored 64 and gave his bowlers a fighting chance with an eventual total of 244.

Bangladesh’s spinners then came to the party and made it uncomfortable for the Kiwi batsmen. Ross Taylor with a knock of 82 however held down his end before a tense finish. New Zealand lost three wickets for 20 runs, when they needed 27 to seal the win, before Mitchell Santner and Lockie Ferguson completed the task. Another opposition that relied heavily on their spinners – Afghanistan’s battery of bowlers was expected to pose the Kiwis a substantial amount of problems. But the Afghanistan batsmen barring Hashmatullah Shahidi could not handle Lockie Ferguson’s pace and Jimmy Neesham’s variety and were bundled out for 172. Aftab Alam picked up three wickets, but Kane Williamson stood firm as a rock and guided the Kiwis over the line in 32.1 overs to claim their third consecutive win of the World Cup.

Game 4: New Zealand vs India at Trentbridge – Match washed out

India was the only team that New Zealand did not play during the league stage due to a week of torrential rain in England and Wales. Absolutely unexpectedly the Proteas had been struggling to do anything right at the World Cup. But half centuries from Hashim Amla and Rassie van der Dussen though gave hope and propelled them to a fighting 241 against one of the more dangerous bowling attacks in the tournament. Ferguson once again was among the wickets and troubling players with his pace.

Kagiso Rabada, Lungi Ngidi and Imran Tahir – a trio that would generally strike fear in the minds of batsmen were ineffective. Williamson however was in his very own bubble and ground out a match-winning century with Colin de Grandhomme smashing his way to a half-century. The Kiwis hardly looked worried as they notched up yet another win. This was the match of the World Cup, or at least a very strong contender. It ebbed and flowed magically, and was really something special.

The Windies had their backs against the wall and were staring at elimination and Sheldon Cottrell pulled out the salute twice within the first over. But that was that for a while as Kane Williamson dug in and scored his second consecutive hundred and Ross Taylor ably supported him with a half-century. A few lusty blows later New Zealand finished with 291/8.

Trent Boult almost did a Cottrell, as he and Lockie Ferguson ran through the Windies batting sharing seven wickets between themselves. All the while Chris Gayle & Shimron Hetmyer kept trying to win it in their own inimitable style.

But they were far from the finish line. Carlos Brathwaite, the hero of the 2016 T20 World Cup final at Eden Gardens, then took over the baton and almost ran home with it. An 82-ball 101 took the Windies to the cusp, before a flat bat hit to long on was caught by Boult, bringing down the curtains on an epic encounter.

Game 7: New Zealand Lose to Pakistan by 6 wickets in Birmingham

By now Pakistan’s World Cup campaign had picked up pace thanks to their pacemen. Young Shaheen Afridi was making experts sit up and take note, while the generational talent Mohammad Amir, ironically, had found new life in England.

97 not out from Jimmy Neesham and another 64 from Colin de Grandhomme saved the Kiwis from suffering an embarrassing collapse after Williamson failed to complete his hat-trick of centuries.

What happened after that was something that took everyone by surprise. Pakistan aced the chase of 238 with Babar Azam bringing out his full repertoire of stylish strokes at one end and Haris Sohail giving the team management uncomfortable thoughts about the selection policies previously.

Skipper Sarfaraz Ahmed smashed a boundary of Ferguson to wrap up the six wicket win.

Game 8: New Zealand Lose to Australia by 86 runs at Lord’s 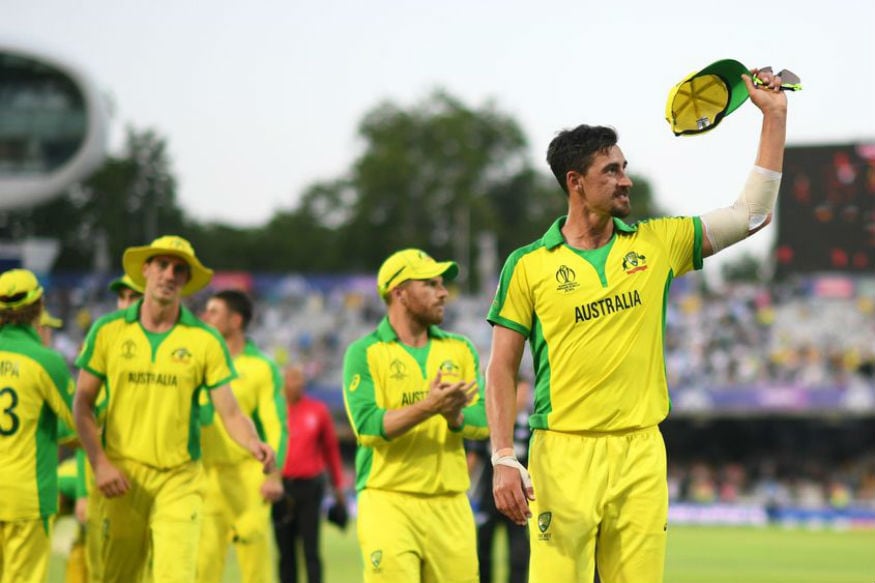 David Warner and Aaron Finch had been doing really well at the top of the order so far, but there was big partnership laying the platform this time as Australia were reduced to 46/3. The openers and Steve Smith back in the hut, Usman Khawaja and Alex Carey scored crucial half-centuries to bring the innings around to 243/9.

Mitchell Starc, once again, was on fire and claimed a record third five-for in World Cups as Jason Behrendorff helped him out with a couple of wickets. The defending champions walked all over their Trans-Tasman rivals and bowled them out for 157 to claim victory. New Zealand’s semi-final spot was up for grabs.

Game 9: New Zealand Lose to England by 119 runs at Durham

Jason Roy and a by-now-happy Jonny Bairstow were in business as they bludgeoned the Kiwi bowlers with a 123-run stand for the first wicket. Eoin Morgan added a few lusty blows as the hosts breached 300 yet again. Veteran Tim Southee took a beating as did Trent Boult and Matt Henry.

Tom Latham responded with a gritty half-century, while the rest failed to make the start count. Even Kane Williamson failed for the second consecutive time. The Kiwis folded for 186 and left the ground worried about having lost momentum in the business end of the World Cup.

​On July 5, New Zealand breathed a sigh of relief as Pakistan failed to do the impossible against Bangladesh and confirmed their spot in the semi-finals.

Twenty four hours later, Australia lost out on top spot on the table after a shock defeat to South Africa in Manchester which meant New Zealand were handed a semi-final game against India, the only side they hadn’t played in the first round.