Wikipedia tells me the city of New Plymouth lies on the west coast of North Island in New Zealand. It is apparently named after the city of Plymouth in England from where the early immigrants arrived. I scroll down the page and read about the history of New Plymouth, its government, the demographics, transportation and industries. I skim through the tourist attractions and glance at climate data from 1981 to 2010.

Wikipedia tells me the city of New Plymouth lies on the west coast of North Island in New Zealand. It is apparently named after the city of Plymouth in England from where the early immigrants arrived. I scroll down the page and read about the history of New Plymouth, its government, the demographics, transportation and industries. I skim through the tourist attractions and glance at climate data from 1981 to 2010.

The page contains plenty of information. However, it does not mention the only thing I have known about New Plymouth for 27 years: on February 23, 1992, Zimbabwe racked up 312 in a World Cup match there… and Sri Lanka went on to overhaul the target to become the first team to chase over 300 in ODIs.

I didn’t watch the match – I am not sure if it was even televised live in India – but I remember staring open-mouthed at the scorecard in the newspaper. A debutant called Andy Flower had made a hundred. His namesake Andy Waller had thumped 83 in 45 balls – which, back then, was ridiculous. The musically named Athula Samarasekera had made 75 in 61 balls. Roshan Mahanama had raised a fifty. And Arjuna Ranatunga had smashed 88 off 61. Sri Lanka and Zimbabwe in action during the 1992 World Cup.
RELATED NEWS

Two relatively weak teams, each playing their first match of the 1992 World Cup, had combined for an all-time classic somewhere near the edge of the world. The venue, Pukekura Park, had never hosted a men’s international match till then. It hasn’t hosted one since. But one mention of New Plymouth is all that it takes for the memories of that game to come gushing forth.

I have forgotten much from high school Geography. I took notes when my teacher lectured us on terraced farming in South America and told us of the powerful winds that blew across Africa. But I was more interested in cities that were absent from my syllabus. Gujranwala. Arnos Vale. Paarl. Kandy. Bulawayo. Such delightful names. Each with cricket grounds that had left so many memories. What winds blew in these places? What were the lives that people lead here?

To follow cricket, as with most sports, is to pick up lessons in Geography, to be introduced to parts of the globe that one would have never encountered otherwise. It’s unlikely that I would have known about Table Mountain in Cape Town if it hadn’t served as a stunning backdrop for Newlands Cricket Ground. I am yet to visit Brisbane but I have been known, since I was 10, that Vulture Street and Stanley Street are two major roads that run on either end of the cricket ground at the Woolloongabba.

I know close to nothing about the city of Tunbridge Wells… except that the pink rhododendrons that bordered the Nevill Ground were in full bloom on June 18, 1983; that the BBC cameramen were on strike that day; and that the ball flew to the marquees set up beyond the fence. I have come across quite a few references to Tunbridge Wells over the years – in the Sherlock Holmes story Valley of Fear, for instance, as well as in the movie Lawrence of Arabia – but the mind always switches to the memory of Kapil Dev: bareheaded and mustachioed, swinging his bat with such force that he would bend the arc of cricketing history. 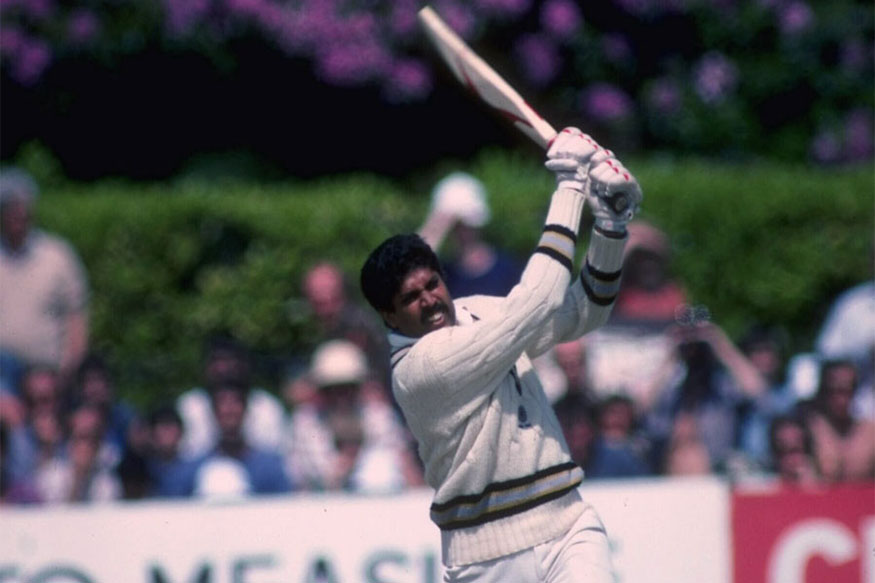 Most cricket grounds are architecturally distinct. Lord’s has its slope. The City Oval in Pietermaritzburg ­– where India played Namibia in the 2003 World Cup – has a tree within the boundary ropes. If the ball hits any part of the tree, the umpire declares a four. The WACA in Perth is famous for the Freemantle Doctor that blows across the stadium.

Kingsmead, in Durban, has end named for the adjoining Umgeni River. Kingsmead also carries a myth: the stadium is close to the sea and the changes in tide supposedly dictates how much the ball swings in the evenings. Ashish Nehra nabbed 6 for 23 on an electrifying night in 2003 (when the English batsmen couldn’t handle the banana-swing he served up and when Nehra’s tummy couldn’t handle the banana he ate). It remains the best Indian bowling figures in a World Cup match.

There was a time when international teams traveled to play big games in tiny venues. In 1992, for their World Cup match against Sri Lanka, India’s made their way to the town of Mackay in Queensland. Play was held up for five hours. Srikkanth and Kapil Dev walked out for a 20-over match. Srikkanth defended the first ball and scored 1 off the next.. before the players were driven off by a downpour. A helicopter attempted to dry the field. No further play was possible. That is all I know about Mackay but the memories are so rich that I remember the scenes from the Harrup Oval nearly three decades on. India’s players exercised in the middle of the ground. The crowd, which was close to capacity, cheered their laughably aerobic maneuvers. Mackay hasn’t staged a big game since. But those two balls… well, those are reserved for posterity.

The latest edition of the World Cup will soon be upon us. Just ten teams this time, playing out their matches (including the warm-up games) in mainstream venues. No chance for an unheralded ground to get on the cricketing map – as Amstelveen and Edinburgh did in 1999. No chance for history to unfold in a far-off venue like Tunbridge Wells – which to this day has Indian tourists visiting every year, to hear about Kapil’s unbeaten 175.

This time too, there will be much Geography to savour. Grounds, ends, winds and soils. Maybe even clouds on some days. Balls soaring towards the River Tone in Taunton. There will be schoolkids watching it all. Perhaps some among them will jot down names and trivia in the margins of their notebooks. Like this one schoolboy did close to three decades ago.