India humiliated South Africa by an innings and 137 runs in the second Test to clinch a record 11th consecutive series victory at home.

The Indian juggernaut continued to roll as the hosts humiliated South Africa by an innings and 137 runs in the second Test to clinch a record 11th consecutive series victory at home on Sunday.

The struggling South Africa batsmen surrendered yet again against the Indian bowlers, who asserted their supremacy in all conditions.

The comprehensive victory, coming on the fourth day, has consolidated India's top position in the World Test Championship table. India now have 200 points in their kitty, a handsome 140 points away from nearest-rival New Zealand. 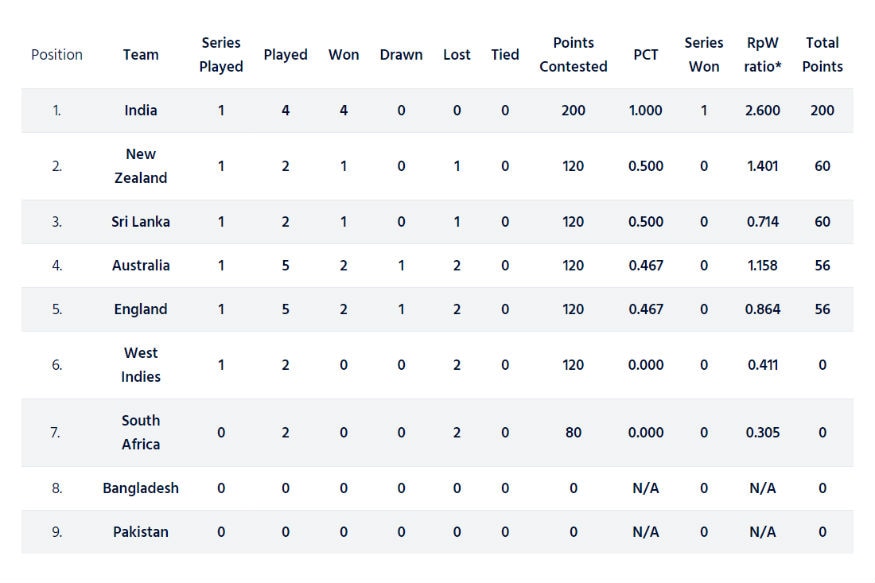 Competing in his 50th Test as captain, Virat Kohli has now led India to their 11th consecutive series at home, a world record.

After being asked to follow-on, South Africa were all-out for 189 in 67.2 overs just after the tea break.

Following a superb effort from the batsmen, it was an all-round effort from India's five-pronged bowling unit with comeback man Umesh Yadav claiming 3 for 22.

Like in the first innings, Vernon Philander (37) and Maharaj (22) again came together to delay the inevitable adding 56 runs in 21.2 overs.

Once Philander was caught down the leg-side by Wriddhiman Saha, the resistance was over in a flash.

India had won the first Test by 203 runs in Visakhapatnam. The third and final Test will be played in Ranchi from October 19.

"Looking at the larger picture of the Test championship, every game has value, whether it is at home or away, that is the format. So, we're not going to take our foot off the gas in the third Test," Kohli said at the post-match presentation.

"No one is going to relax at any stage, we are going to go for a result in the third Test and hopefully make it 3-0, that's a guarantee," he said.