'I'm the Captain Now, and You Are Playing' - Rohit Sharma's Faith in Yuzvendra Chahal 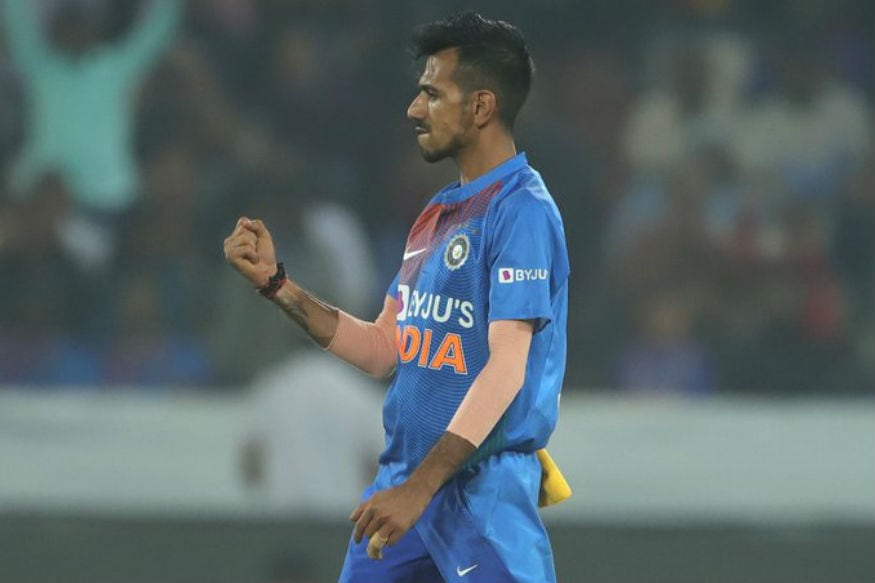 "I'm the captain now, and you are playing."

That was Rohit Sharma's vote of confidence in favour of Yuzvendra Chahal in his early days at Mumbai Indians in the IPL, the leg-spinner revealed.

Chahal, now with Royal Challengers Bangalore, started his IPL career in 2011 with Mumbai Indians who already had the likes of Harbhajan Singh and Pragyan Ojha.

"When I joined MI, there were three spinners including me. During the Champions League T-20 that year, only 13 players from our squad were available. Rest were injured. So I had a feeling that I would get to play and so I did," Chahal told ESPNcricinfo.

"There was a bit of pressure at the start at but I was fine once I bowled my first over. That's when I realized that T20 format is more of a mind game. If you are a professional cricketer, pressure won't bother you. Harbhajan Singh and Pragyan Ojha were very helpful. I learnt a lot by bowling with them in the nets and staying around the team.

"After Rohit became the captain of MI he came and told me that I am playing the coming game. I told him that there were already two senior spinners in the team. To which he said, ‘I'm the captain now, and you are playing.' He had faith in me because of my performance in the Champions League T20, and he was keen to play me at any opportunity."

Chahal was picked by RCB in the 2014 auction and his career went uphill. In the 2015 season, he picked 23 wickets although he was nursing an injury for the major part.

"I performed well in the practice matches and got support from Daniel Vettori (coach) and Virat Kohli (captain). I played my first match against Delhi and won the Man-of-the-Match title. That boosted my confidence and helped me with my performance throughout the seasonm" he said.

Chahal said his home ground at RCB, M Chinnaswamy stadium, is hard to bowl in because of its small dimensions. However, he backs his strengths to overcome the challenges.

ALSO READ: Will Be Very Happy If I Play Even One Test for India: Yuzvendra Chahal

"Chinnaswamy is a hard ground to bowl because of the dew factor. But I always remember what Harbhajan Singh once told me - back your skills as a bowler. My strengths are varying my pace and beating the batsman in flight," he said.

"I have seen a lot of spinners change their actions while bowling at the Chinnaswamy. I can sense their fear, I then tell this to the batsmen in my team so that they can attack him.

"In the 2015 IPL season, I was hit for 28 sixes, the most for any bowler in the season. You get any batsman, he won't be able to hit me for three consecutive 4s in Bengaluru. It's easier to hit three consecutive 6s though. But I need to know why I am getting hit for sixes. If the ball is landing close to the ropes, I know it's a good ball, and on other grounds it might have been a wicket-taking delivery. So I will get the wicket sooner or later."