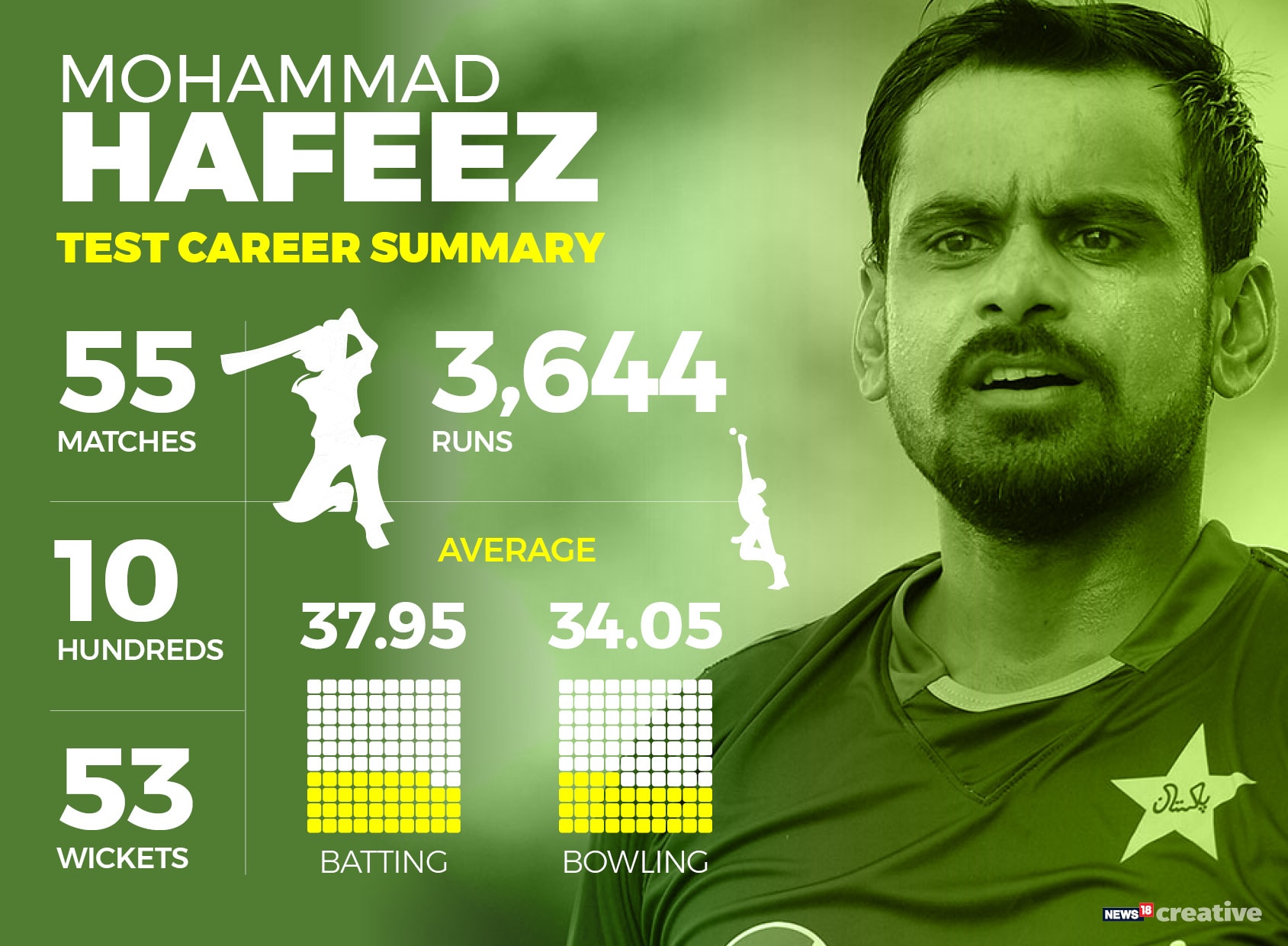 – Hafeez the batsman peaked in two periods for Pakistan. Between September 2011 (Zimbabwe tour) to July 2012 (Sri Lanka tour), Hafeez, with 1064 runs in 12 Tests, was the third-highest run-getter in the world in Test cricket after Sangakkara and Clarke. His batting average of 53.20 was among the ten highest in this time-frame. He also scored his runs at a brisk rate of 60.14 and registered three hundreds in this period.

– Among openers, his average (min. 300 runs) was the highest during this period. It was higher than the likes of Graeme Smith, Warner, Strauss, Cook and Sehwag among others. 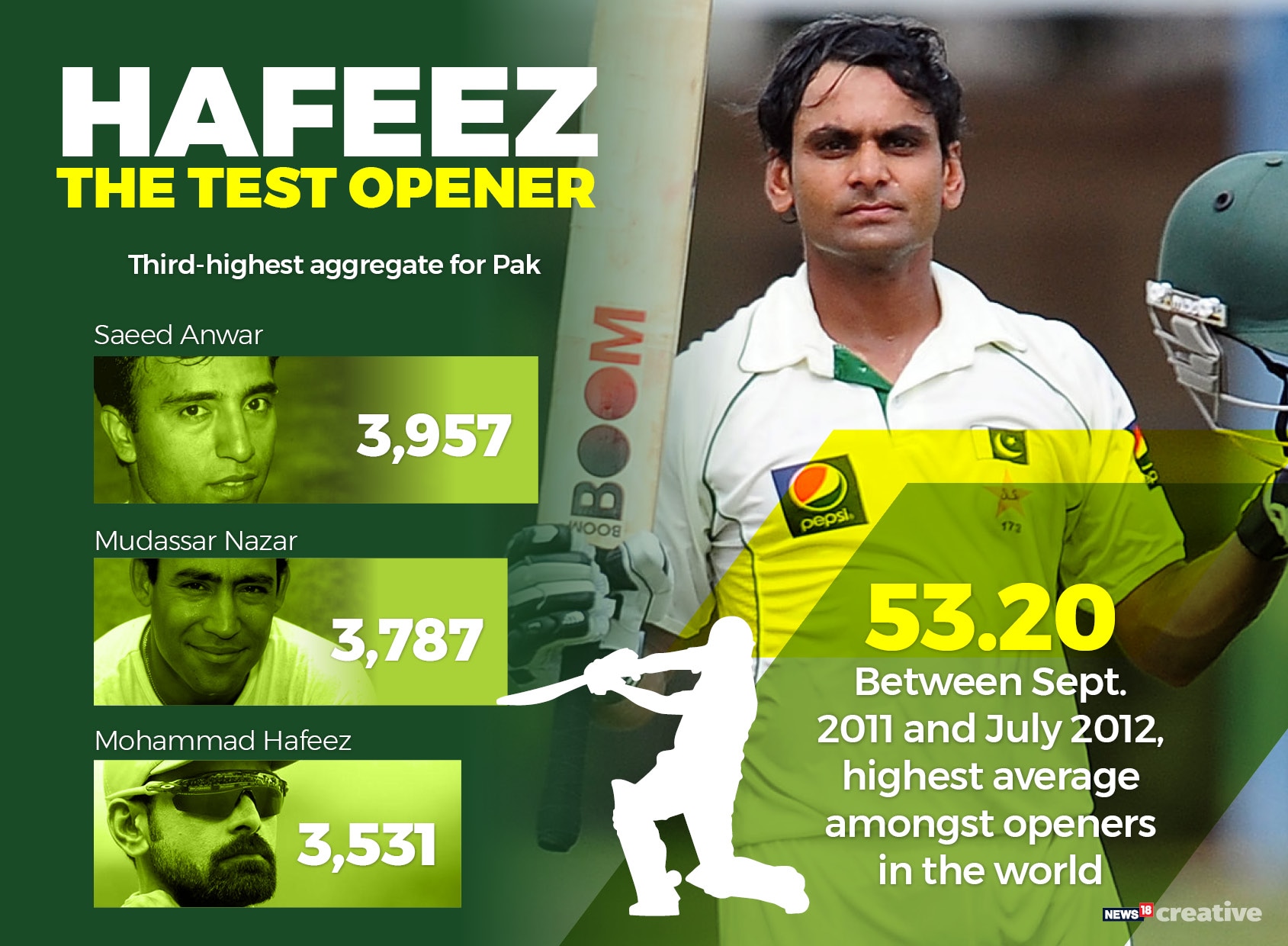 – His second great phase came between November 2014 and November 2015. He was the highest run-getter for Pakistan (1128 runs in 9 Tests) and among the five highest in the world during this period. His average of 75.20 was the fourth-best in this time-frame after Smith, Williamson and AB. He registered four hundreds and three fifties in this year.

– Hafeez was the third-most successful opening batsman in Pakistan’s Test history (in terms of number of aggregate runs). Only Saeed Anwar (3957) and Mudassar Nazar (3787) have scored more runs than Hafeez (3531) opening the batting for Pakistan. Only Anwar (11) registered more hundreds than Hafeez (10) from this position.

Only Mudassar, Anwar and Taufeeq Umar have batted for a longer duration than Hafeez (8209 minutes) among openers in Pakistan’s Test cricket history.

– Among players with at least 50 Test wickets, his batting average is among the top 20 of all time in history.

– Among players with at least 50 Test wickets, his batting average is the fifth-highest after Kallis, Gayle, Shakib and Vettori during his career.

– Among all all-rounders who have scored at least 1000 runs and picked a minimum of 50 wickets during Hafeez’s career, his Batting Average – Bowling Average difference (3.90) is the seventh-highest after Kallis, Jadeja, Shakib, Flintoff, Vaas and Ashwin.