These are difficult days if you are a fan of Sri Lanka. The 1996 World Cup champions, the 2014 World T20 champions, and a team that tested even the best of opponents at home in Test cricket – has been falling like a pack of cards too often these days. 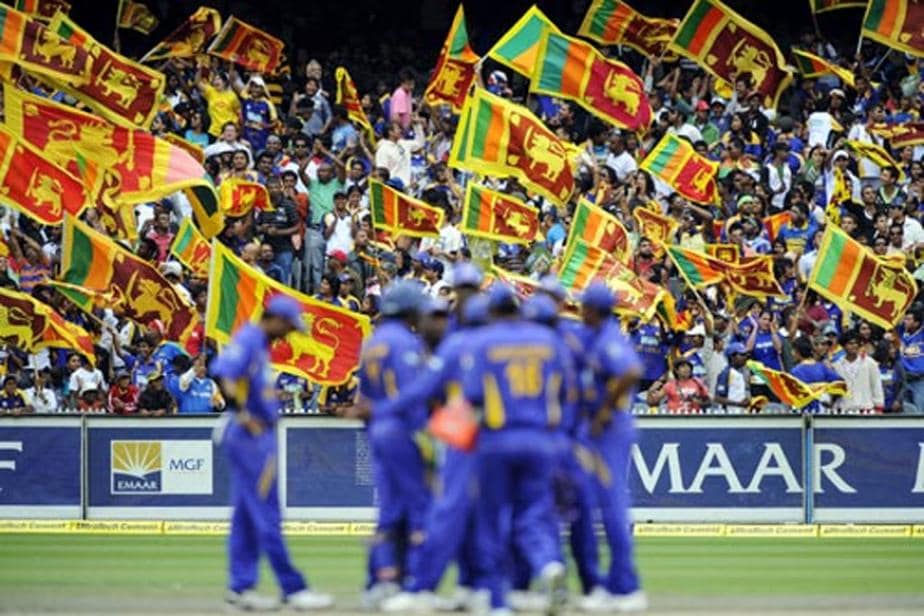 These are difficult days if you are a fan of Sri Lanka. The 1996 World Cup champions, the 2014 World T20 champions, and a team that tested even the best of opponents at home in Test cricket – has been falling like a pack of cards too often these days.

The most recent disappointment for Sri Lanka has come in the ongoing Test series against England that has been conceded after losses in the first two matches.

The departure of these three greats was bound to affect the team’s performance – but no one quite expected such a mighty fall. 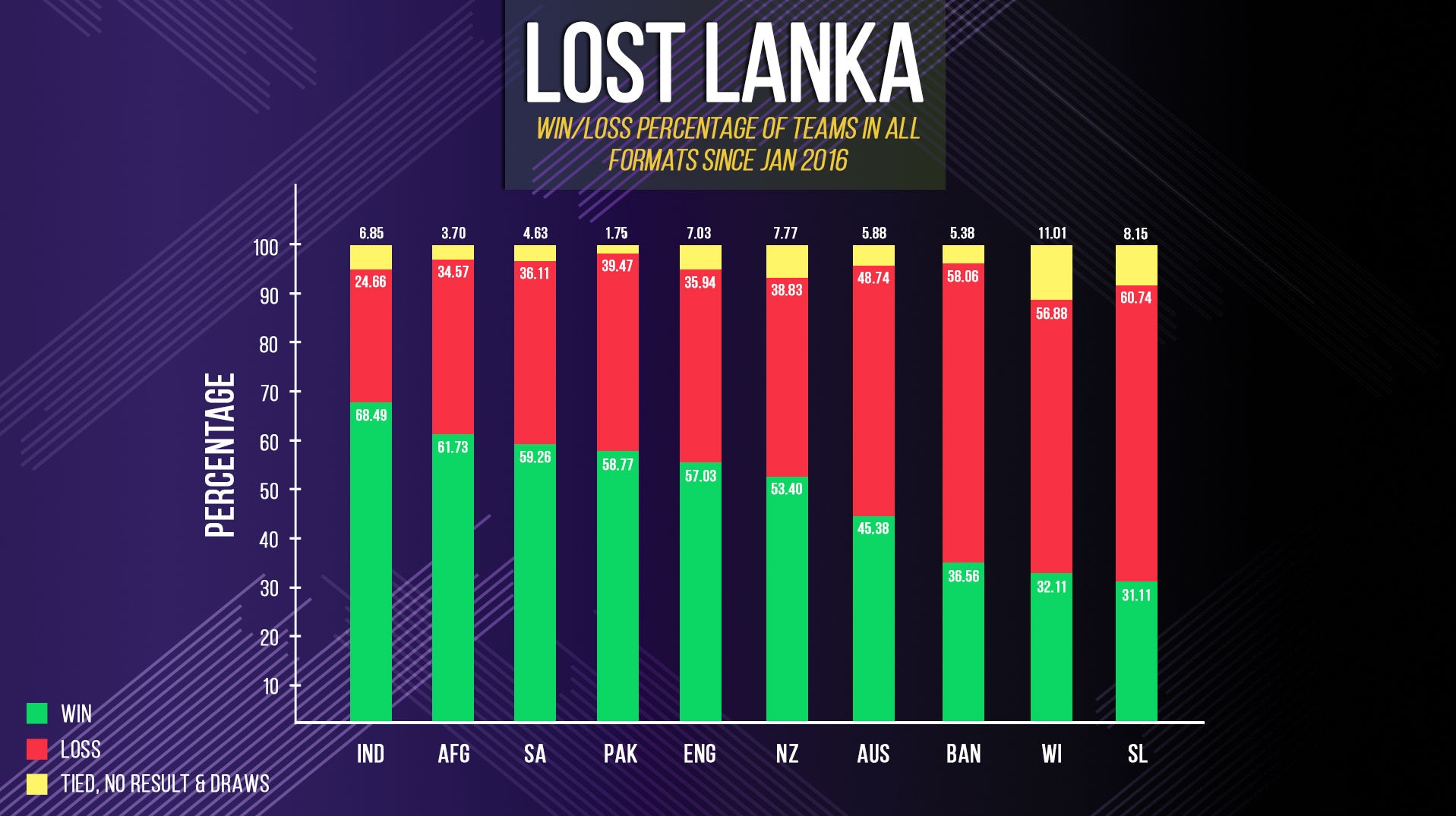 Of all established international teams, the Sri Lankans have the worst win/loss percentage across all formats since January 2016. At 31.11% (wins), 60.74% (losses) and 8.15% (tied, no results and draws), they are even behind Bangladesh and West Indies.

Things change dramatically without them. In 53 ODIs that Sri Lanka have played without the trio from August 2016 onwards, there have been just 14 wins, a whopping 36 losses and three no-results. Of 11 series (only bilateral and tri-series included), Sri Lanka have won only two, and those triumphs came in tri-nation contests involving lesser teams like Bangladesh, Zimbabwe and West Indies.

Sri Lanka’s No. 4-7 (post 2015 WC), however, outdo their predecessors in the same batting positions in most departments - but that is the problem for Sri Lanka – that too much is expected of the middle order as the top order is failing consistently. It’s the top order that lays the foundations for wins and if it doesn’t, the middle order, more often than not, can only do the repair job.

Among 10 teams to have played more than one Test since 2015, Sri Lanka take the seventh spot in terms of win percentage at 40.48 with 17 wins, 20 losses and five draws. India at 60.47 have the highest win percentage. Batting average-wise, they stand at 7th with an average of 28.12. India again top the charts at 36.67%. Ireland and Afghanistan are not included.

Sri Lanka’s balls/dismissals ratio at 53.08 is second worst after Bangladesh’s.

None of Sri Lanka’s fast bowlers have taken a 10-wicket haul since 2015. With 287 wickets in 42 games, they average 35.03 besides having a strike rate of 63.7 – only better than those of Zimbabwe and Bangladesh. The Lankan spinners have done better with the third-best average and strike rate after those of Indians and South Africans (mainly due to the efforts of Rangana Herath). In Tests, Sri Lanka tried 19 players since January 2015 and their combined batting average is 19.48. During the same period, New Zealand tried 8 players and they all combined for an impressive batting average of 48.09.

Quite clearly, Sri Lankan cricket is going through a tough phase. And there doesn’t seem to be any evidence of redemption anytime soon.