In 'Test of Patience', Rashid Wary of 'Panic' Attack

The crown prince of cricket's slam-bang version, Afghanistan star Rashid Khan says he is prepared for the "test of patience" that awaits him in the country's five-day debut against India, where all he wants is to keep the jangling nerves at bay 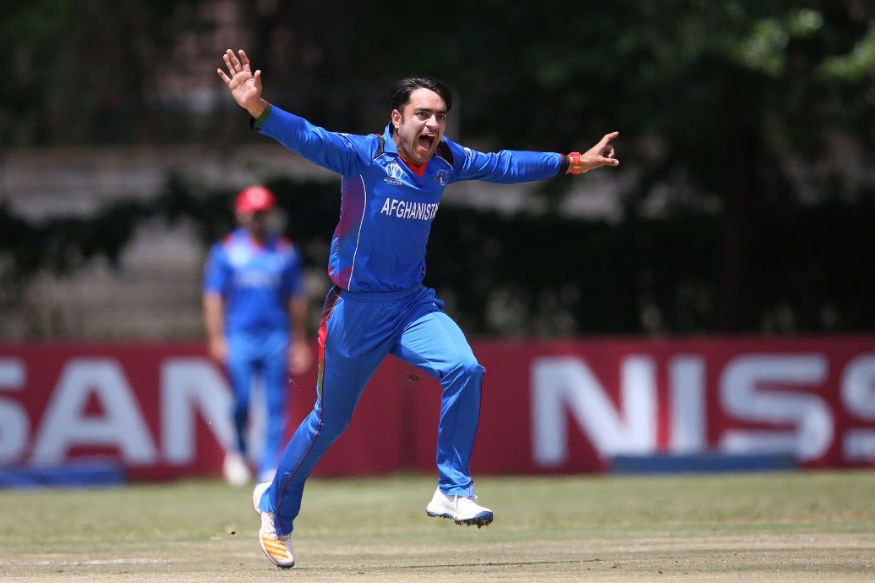 Dehradun: The crown prince of cricket's slam-bang version, Afghanistan star Rashid Khan says he is prepared for the "test of patience" that awaits him in the country's five-day debut against India, where all he wants is to keep the jangling nerves at bay.

The historic Test against the world No.1 side, which would be without talismanic skipper Virat Kohli, starts June 14 in Bengaluru.

"Being a Test cricketer is not a lot different to playing ODIs and T20s," the 19-year-old Rashid, the world's No.1 T20 bowler said.

And since he doesn't see much of difference, Rashid said he won't be tweaking his style of bowling at all.

"I have done well in whatever four-day opportunities that I have got. If I make changes in my bowling thinking about the Test, it will not be good for me. I will bowl with the same speed I have been bowling so far," he said.

"I have to make sure that I don't panic. I know there will be a phase where I won't pick up a wicket for 20 overs. And I could pick up two in two overs. It is Test cricket," he explained.

"It is going to be a test of patience. There is a possibility that I might end up being wicketless," he conceded.

Rashid hasn't been home for a year and lost a friend to one of Afghanistan's several terror attacks quite recently but is determined to be in the best possible frame of mind on the field for the sake of his "troubled people".

"I have not gone home in a year. I miss my family and friends a lot. ?It also hurts a lot to hear about blasts back home. Even in the IPL (for Sunrisers Hyderabad) when there was a blast in my hometown, I was really upset. I lost a friend in that," he said.

"Another one of my friend had called me that day and asked why I was not my usual smiling self in the game.

"So, all these incidents do affect me a lot but I try to keep myself in the best possible frame of mind to give a good performance on the field so that the troubled people back home get something to cheer about," he added.

The 10-ball 34 in the IPL qualifier against Kolkata Knight Riders was without doubt one of the impact T20 knocks this year. But ask him about his phenomenal rise and the all-rounder prefers to talk it down.

"I never thought in my life that I would be able to achieve so much in such a short time. It is like a dream," he said.

And an extension of this dream has been the wholesome praise coming from legends such as Sachin Tendulkar, who called him the world's best T20 bowler right now.

"Sachin's tweet was unreal. I kept on thinking for hours what to reply to him. I was really happy. Virat also praised me a lot and Dhoni also during the course of the IPL. It lifts your confidence a lot when they compliment you," he said.

He has resumed national duty after playing a charity match at Lord's and wreaked havoc in the T20 series opener against Bangladesh.

"Last two months, in fact last two years have been very good for me. Since I have joined the national team, I got the success that I wanted. I am very happy with that. I am enjoying the game and that is why I am doing well," said Rashid.

Talking about the depth of Afghanistan's severely-short-of-experience Test team, he said: "We have a good pool of players at the First Class level back in Afghanistan. They just need a little polishing and experience."

Expectations are also high from his spin partner Mujeeb Zadran, who too turned heads with his performances in the IPL before getting injured in the second half of the tournament.

"We back each other. Whether it is Mohamad Nabi, who is a senior player, and Mujeeb. We share whatever knowledge we have. Mujeeb has been superb and amazing so far. He has lots of skills and in future he will be able to do even better," said Rashid when asked about his rapport with other spinners in the national team.

With the form that he is in, the leg-spinner is sought after in all the major T20 leagues around the world. His travelling has increased substantially over the years but he is not losing sleep over it.

"It is tough but as a professional you have to get used to it. I have been travelling a lot in the last few years. You just have to be fit enough to play regularly and travel so much," he said.