Back to News18
Home » Cricket Home » News » IND A vs AUS A: Prithvi Shaw, Shubman Gill Fail as Ton-up Ajinkya Rahane, Cheteshwar Pujara Take India A to 237/8 vs Australia A on Day 1

IND A vs AUS A: Prithvi Shaw, Shubman Gill Fail as Ton-up Ajinkya Rahane, Cheteshwar Pujara Take India A to 237/8 vs Australia A on Day 1 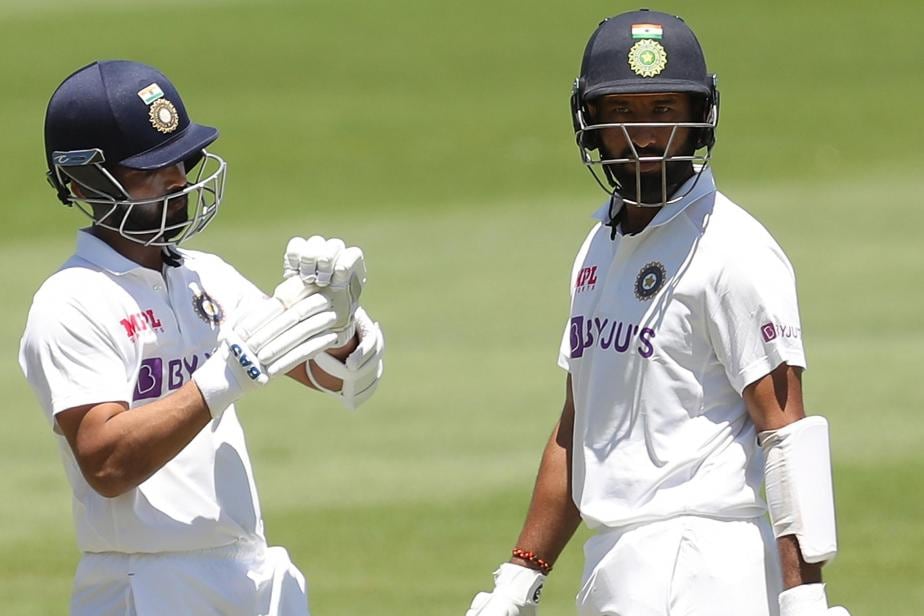 Ajinkya Rahane geared up for the much-anticipated four-Test series against Australia with a resolute century, steering India A to 237 for 8 against Australia A on the opening day of the first warm-up mach here on Sunday.

Ajinkya Rahane geared up for the much-anticipated four-Test series against Australia with a resolute century, steering India A to 237 for 8 against Australia A on the opening day of the first warm-up mach here on Sunday.

Rahane (108 off 228 balls), leading the side, and Cheteshwar Pujara (54 off 140 balls), who will be to India's batting mainstay especially once Virat Kohli goes for paternity leave after the first Test, shared a 76-run stand for the fourth wicket after India A were reduced to 40 for 3 early on.

The Mumbaikar then added 69 with Kuldeep Yadav (15) to keep India A afloat.

Rahane, who won the toss and decided to bat, watched the ball closely and punished anything over-pitched or short to pick up 16 boundaries and a six during his long stay at the crease.

Returning to action after almost nine months, Pujara struck form right away and his innings was laced with five fours.

Pujara played the leg-glance to pick up three boundaries in the fine leg area, two off them in successive deliveries of James Pattinson in the ninth over.

At stumps, Rahane and Mohammed Siraj (0) were at the crease.

Earlier, Shubman Gill and Prithvi Shaw, who are fighting for one of the opening slots in the Test team, did their chances no good after registering ducks.

While Gill edged the first ball he faced to Marcus Harris at third slip, Shaw nicked one to wicketkeeper Tim Paine as India slipped to 6 for 2 in the third over.

Playing his first competitive game since the coronavirus-induced break, Hanuma Vihari (15) looked good for a while before Jackson Bird found him plumb in front in the 19th over.

Pujara and Rahane then joined hands to steady the innings. The former reached his fifty with a shot at deep mid-wicket in the 45th over which yielded three runs.

Pujara was dismissed in the 47th over, caught at leg gully by Harris off Pattinson.

Back in action after recovering from a hamstring injuries, Wriddhiman Saha, a contender for the wicket-keeping spot, had a dismal outing as he was out for naught after being trapped by Travis Head in the 50th over.

Ravichandran Ashwin (5) then became the third victim of Pattinson as India went into the tea break at 128 for six in 53 overs with Kuldeep joining Rahane in the middle.

Rahane struggled a bit after the break before reaching his fifty with an upper cut six off Pattinson in the 61st over.

Rahane kept the scoreboard ticking but Head removed Kuldeep, who misjudged a sweep shot as the side slumped to 197 for 7.

Pacer Michael Neser (2/51) and Bird (1/34) too bowled well, while skipper Travis Head too picked up two wickets with his off-spin.