Rohit Sharma produced one of the most brilliant hundreds at home by an Indian batsman in tough conditions for batting on a sharp turning and bouncing wicket in the second Test against England in Chennai. He stood out in India's first innings and was in a different zone even as others failed around him. We look at 5 great performances by Indian batsmen in difficult conditions at home where either the wicket has played tricks or the quality of the opposition attack has been top-notch or both. 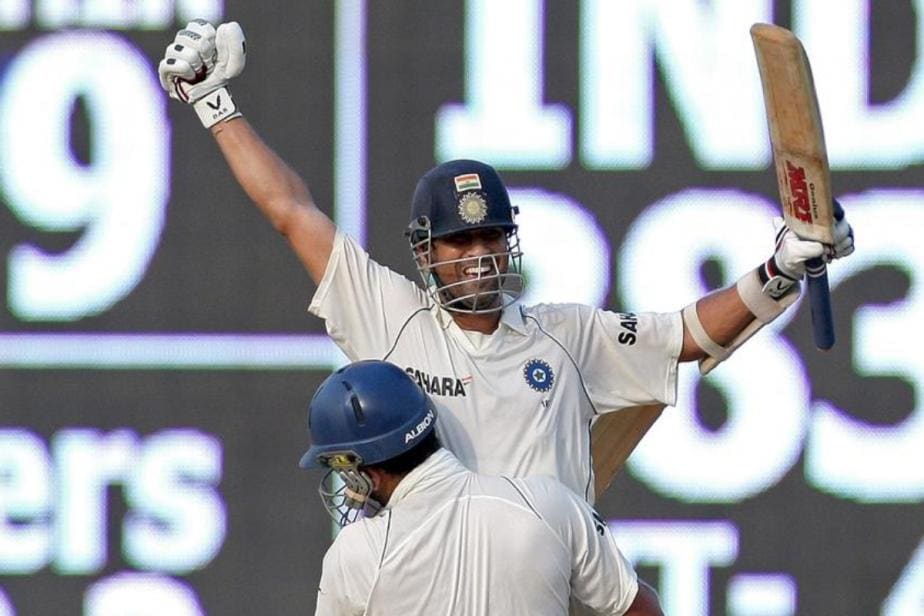 Rohit Sharma produced one of the most brilliant hundreds at home by an Indian batsman in tough conditions for batting on a sharp turning and bouncing wicket in the second Test against England in Chennai. He stood out in India's first innings and was in a different zone even as others failed around him. We look at 5 great performances by Indian batsmen in difficult conditions at home where either the wicket has played tricks or the quality of the opposition attack has been top-notch or both.

India vs England: From Ashwin's Hundred and Fifer To Axar's Seven on Debut - 10 Interesting Numbers

India were 0-1 down in the four-Test series and for the first time in many years were threatened at home by a visiting team. Rohit Sharma produced a sensational 161 off just 231 deliveries even as the top order crumbled around him. His innings included 18 fours and 2 sixes and he had scored almost 65% of his team's runs at the time of his dismissal. Overall Rohit scored 48.94% of India's first innings total of 329 and was the difference between the two sides on a wicket aiding spinners from Day 1.

While others in the top 4 struggled to put bat to ball Rohit was in a different zone counter-attacking the English bowlers. He gave India the early ascendancy before the spinners wreaked havoc on the England line-up helping India draw level. Clarity in thought, solid in defence, positive intent and clean striking were the hallmarks of his majestic hundred.

Chasing 271. India lost their openers within the first six overs with just 6 on the board. Rahul Dravid and Sachin Tendulkar stabilized the innings and took the hosts to 40 for 2 at close of play on Day 3. The Wall departed early the next day falling to the great Wasim Akram. Mohammad Azharuddin and Sourav Ganguly were sent packing by the crafty off-spinner, Saqlain Mushtaq leaving India in tatters at 82 for 5. India's hopes rested on the shoulders of Sachin Ramesh Tendulkar.

And he put up a fight and what a fight it was against one of the best bowling attacks in world cricket comprising Akram, Waqar Younis and Saqlain Mushtaq on a wicket aiding spin and reverse swing. Tendulkar put together a 136-runs stand for the sixth-wicket with Nayan Mongia, battled back spasms and recorded a stunning hundred. He took India to 254 just 17 short of the target before Saqlain Mushtaq dismissed him for a brilliant 136 off 273 deliveries. India were bowled out for 258 and were beaten by 12 runs. Tendulkar had scored almost 53% of India's runs in the chase. The other five in the top six had scores of 5, 0, 10, 7 and 2!

India vs England: Joe Root Does Not Blame Pitch for Huge Defeat, Says It Was an 'Education'

Gundappa Viswanath recorded a splendid 124 even as every other Indian batsman failed around him in the first innings of the fourth Test against the West Indies in Chennai in 1979. Vishy batted for 346 minutes hitting as many as 17 boundaries and was batting on a different pitch as the likes of Gavaskar, Vengsarkar, Gaekwad all perished without any significant contributions. The second-highest contributor to India's first innings total of 255 were the 43 Extras. As many as 6 Indian batsmen perished for a single-digit score. Viswanath's century helped India to take a slender first innings lead and they went on to win the Test by three wickets.

The match was in the balance after the first innings of both the teams with West Indies replying with 240 to India's 233. India were in early trouble at 46 for 2 when Viswanath walked out to bat. He put together 74 for the third-wicket with Engineer before India lost three wickets in quick succession. Vishy continued to be the rock at one end forging crucial partnerships with Madan Lal and Karsan Ghavri.

He had scored a classy 139 off 263 balls including 23 boundaries which was around 46% of India's total when he parted. Barring Engineer's half-century, there was no other real contribution from any other batsman. Four of the top six were dismissed for a single-digit score. Vishy had produced one of his very best against the likes of Andy Roberts and Co.. India went on to win by 85 runs.

It was a dustbowl at the Wankhede Stadium in Mumbai in the fourth Test against Australia in 2004. India, having already lost the series were playing for pride. They were routed for 104 in the first innings to which Australia replied with 203. India were in trouble at 14 for 2 in the second innings when VVS Laxman was joined by Sachin Tendulkar. Both of them counter-attacked and gave one of the best exhibitions of how to bat on a turning and crumbling Indian wicket.

Laxman scored a magnificent 69 off 127 deliveries smashing 12 fours while Tendulkar recorded an 83-ball 53 with 6 fours and a six. India managed to post 205 in the second innings and cleaned up Australia for 93 to earn a thrilling 13-run victory. On a wicket where it was difficult to put bat to ball, the artist and the genius showed their batting prowess and counter-attacked the Australian bowlers changing the match on its head.