Shubman Gill and Rohit Sharma crossed milestones as an opening pair while adding 71 runs in partnership in India's chase of 407 against Australia in the third Test in Sydney. 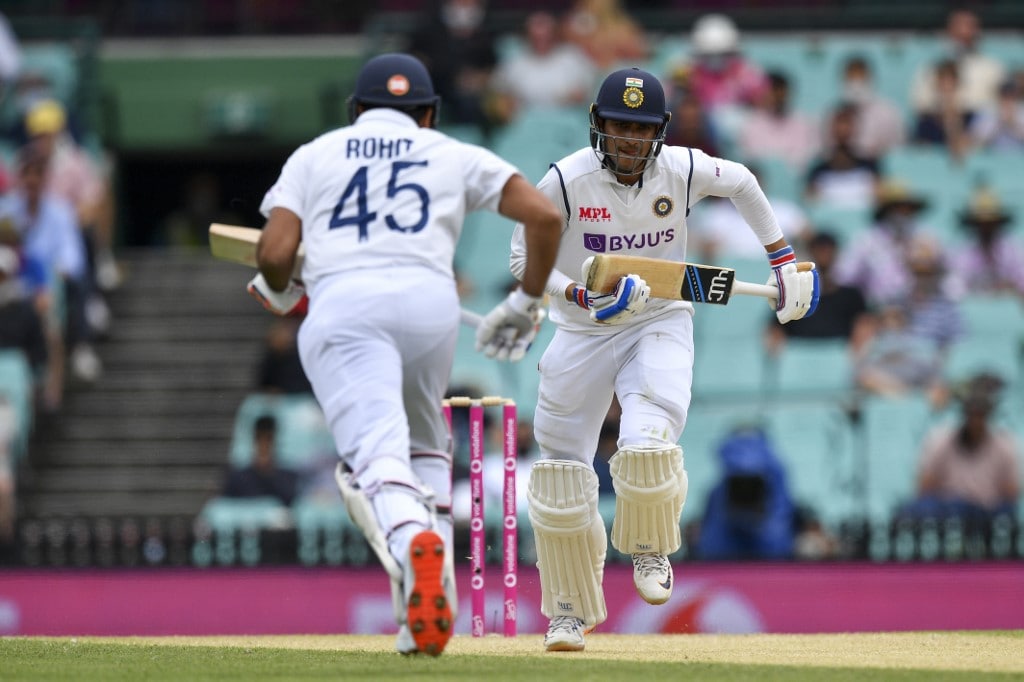 Shubman Gill and Rohit Sharma crossed milestones as an opening pair while adding 71 runs in partnership in India's chase of 407 against Australia in the third Test in Sydney.

Gill and Rohit became only the third Asian pair to add 50+ opening stands in both innings of a Test in Australia. The duo had added 70 for the opening stand in the first innings.

Subcontinent teams' opening pairs with 50+ stands in both innings of a Test in Australia:

C Hathurusingha & S Jayasuriya- for Sri Lanka at Adelaide in 1996

India's opening partnership has now scored 123 runs in this Test.

The last time an Indian opening pair scored more runs in a Test outside Asia was in December 2010, when Gautam Gambhir and Virender Sehwag put on 138 in Centurion.#AUSvIND

It was also a milestone considering it came in the fourth innings.

First 50+ opening partnership in fourth innings for India away from home since Wasim Jaffer & Virender Sehwag put together 109 against West Indies in Basseterre in 2006.#AUSvIND

Both Gill and Rohit looked steady before Gill fell caught behind to Josh Hazlewood for 31 off 64. Gill reviewed the umpire's decision but in vain.

Earlier, Australia declared their second innings at 312/6 at Tea on Day Four, thus setting a 407-run target for India in the ongoing third Test at the Sydney Cricket Ground (SCG).

Umpires called the end of the second session after Cameron Green, who scored 84, got out after being caught behind by substitute wicketkeeper Wriddhiman Saha against Jasprit Bumrah. Green shared a 104-run partnership off just 116 balls with skipper Tim Paine who remained unbeaten at 39.

Earlier, resuming the session at 182/4, Steve Smith and Green collected runs at a brisk pace and scored boundaries at will, thus adding pressure on the Indian bowlers. Smith (81) was the first wicket to fall in the session as he got out lbw against off spinner Ravichandran Ashwin for the third time in the series.

Paine, who came in next, started off slowly but once he got his eyes set, he punished the Indian bowlers and alongside Green, hit the ball to all parts of the ground. Green, in particular, was highly impressive as he scored his maiden half-century. The hosts were also helped by poor fielding by the Indian players who dropped plenty of catches.

After reaching the milestone, the all-rounder unleashed and scored four sixes before getting out and bringing an end to his 132-ball inning.

For India, Ashwin and Navdeep Saini picked two wickets apiece while Mohammed Siraj and Jasprit Bumrah scalped one wicket each.

Apart from Green and Smith, Marnus Labuschagne also contributed with valuable 73 in their second innings.

Australia had made 338 in the first innings and bowled India out for 244 in theirs.