After his blazing 31 not out off just 11 balls, Ravindra Jadeja made a big statement by pointing to the back of his CSK jersey and then gesturing, presumably to his critics, to keep quiet, but he botched up the celebration a bit. 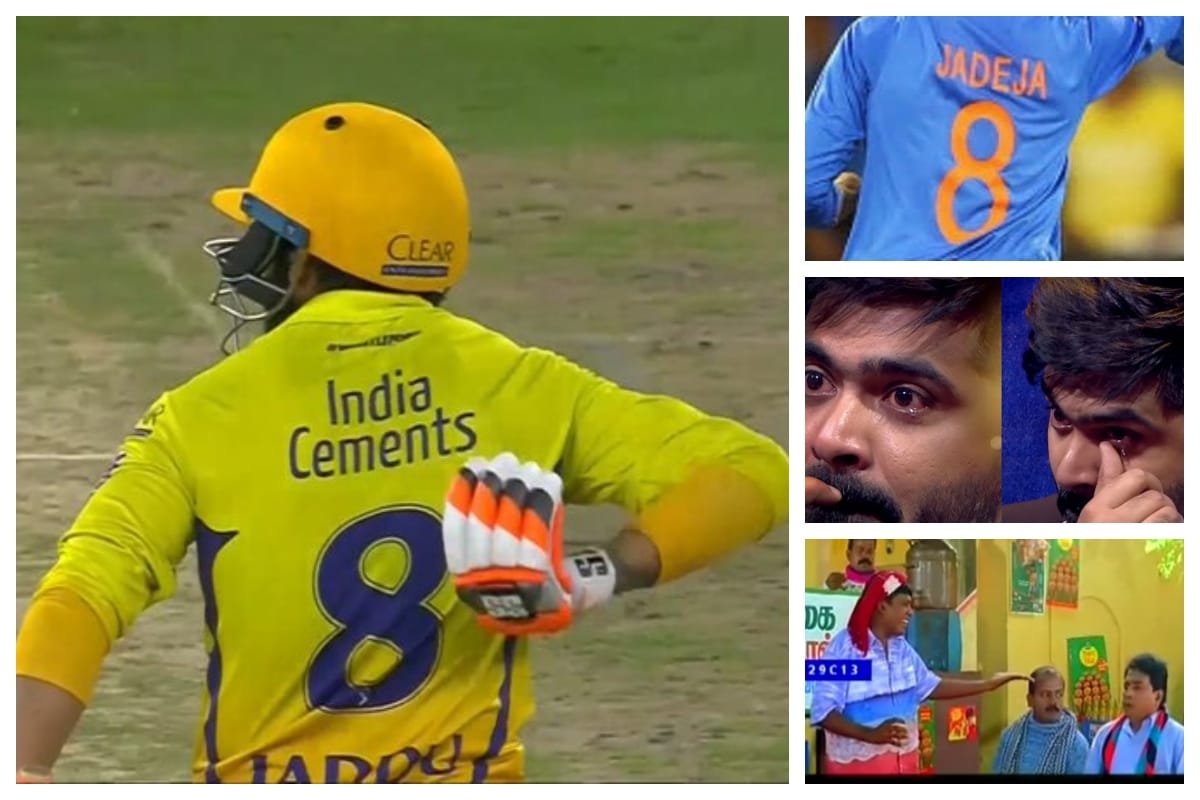 Ravindra Jadeja has a penchant for unique celebrations and he ensures to pick his moments for them as well. His trademark 'Sword Celebration' may not have come out in CSK's win over Kolkata Knight Rider on Thursday, but after his blazing 31 not out off just 11 balls, the allrounder made a big statement by pointing to the back of his CSK jersey and then gesturing, presumably to his critics, to keep quiet. But, similar to how 'The Universe Boss' Chris Gayle botched his celebration a couple of weeks prior while pointing to his bat sticker 'THE BOSS' upside down; Jadeja too inadvertently made a mistake, and instead of pointing to his name on the jersey, he pointed to the team owners' name -- India Cement on top. Interesting to note is, on India jersey, the player's name comes at the top, but on an IPL jersey, it's at the bottom. This was picked up by netizens and they went to town with it flooding the social media space with hilarious responses to Jadeja's inadvertent error. Eventually, India Cements started to trend on Twitter and remained one of the top trends on the microblogging site for a while.

Here's the best of the lot:

I think Jadeja almost forgot that it was ipl Jersey, that's why he showed his fingers to India cements (where his name was supposed to be in Indian team jersey) pic.twitter.com/TmOQey7dcb

India cements is proud of you..

After this scene ,I guess Shares of INDIA CEMENTS will get at spike in Stock Market . Jaddu did the work.

A fantastic inningd by #jadeja.

As for the match, Jadeja smashed consecutive sixes in the final over as Chennai Super Kings put a big dent in Kolkata Knight Riders' chances of reaching the IPL play-offs with a thrilling six-wicket win here on Thursday. With his team needing 10 off the final over, Jadeja (31 not out off 11) dispatched the young Kamlesh Nagarkoti for back-to-back sixes to pull off another consolatory win for CSK, who are already out of the play-offs reckoning. Opener Ruturaj Gaikwad set up the chase nicely for CSK with a sublime 72 off 53 balls, his second straight fifty-plus score. KKR had made a competitive 172 for five courtesy opener Nitish Rana (87 off 61) and some crisp hitting in the death overs from Dinesh Karthik (21 not out off 10).