India Crawl To 90-3 At Lunch, Day 2 Against Australia

Australias pace bowler Pat Cummins made two early breakthroughs on Sunday as India edged to 903 at lunch on the second day of the second cricket test at the Melbourne Cricket Ground. 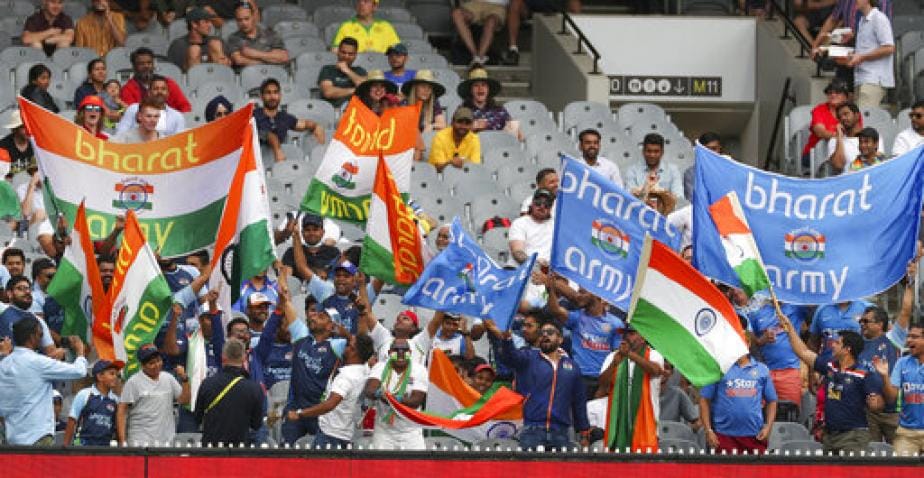 MELBOURNE, Australia: The absence of captain Virat Kohli, known as King Kohli, had left Indias fans fearing another heavy defeat in the second test against Australia at the Melbourne Cricket Ground.

But stand-in skipper Ajinkya Rahane gave a regal performance of his own on Sunday, scoring his 12th test century to put India in a powerful position by stumps on the second day.

Resuming on its overnight tally of 36-1 in reply to Australias 195, India advanced to 277-5 to hold an overall lead of 82 runs, with Rahane’s unbeaten 104 the stand-out innings of the match so far.

Reaching his classy century off 195 balls with a cut through backward point for his 11th boundary, Rahane briefly and modestly raised his bat and quietly wiped the sweat from his brow, before continuing on, as India fights to level the series.

Showing quiet determination on Sunday, Indias batsmen patiently chipped away at the hosts lead. India had reached 189-5 at tea in overcast conditions on a grass-covered pitch that favoured the seamers.

In a composed knock that has included 12 fours from 200 deliveries, Rahane steadied his sides response, sharing half-century partnerships with Hanuma Vihari (21) and Rishabh Pant (29) and a century stand with Ravindra Jadeja (40 not out).

Gill was caught behind by Tim Paine at 61-2. Cummins pounced again in his next over, removing Pujara as Paine took a spectacular, diving catch.

That catch gave Paine the wicketkeeping record for fastest to reach 150 test dismissals, reaching the milestone in his 33rd match, ahead of South Africas Quinton de Kock (34 matches).

Vihari gloved an attempted sweep after lunch and was caught at slip off spinner Nathan Lyons bowling at 116-4.

Mitchell Starc became the ninth Australian man to claim 250 test wickets when the left-arm quick removed Pant caught behind for 29 at 173-5.

Starc took the second new ball after 80 overs as Australia attempted a late rally. Three balls later, Rahane on 73 edged to second slip where Steve Smith dropped a tough chance at head height in a pivotal moment. Rahane was dropped again on 104 by a diving Travis Head at point, off Starcs bowling, in the final over of a days play in which India was the clear winner.

India is without its best batsman and captain Kohli for the rest of the series, after he returned home to be with his wife for the birth of their first child. Kohli left with India trailing one-nil in the four-match series after an eight-wicket loss in Adelaide, where the tourists were bowled out for a national-record low of 36 in its second innings.