Plans to jam mobile phones during matches and ban cheerleaders from the sidelines are unlikely to cure Indian cricket of the scourge of corruption, commentators of the sport said Tuesday. 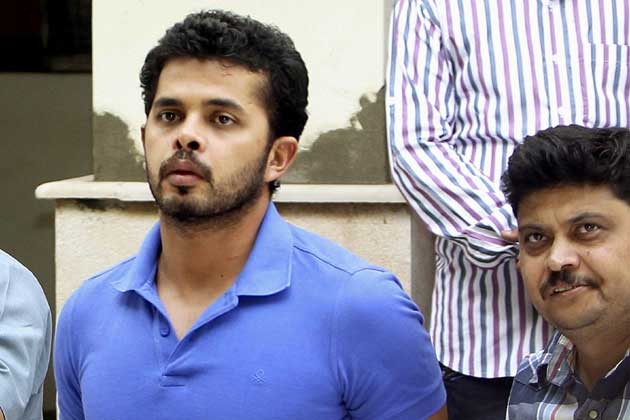 New Delhi: Plans to jam mobile phones during matches and ban cheerleaders from the sidelines are unlikely to cure Indian cricket of the scourge of corruption, commentators of the sport said Tuesday. Officials announced an ambitious 12-point plan on Monday aimed at ridding the multi-billion dollar Indian Premier League (IPL) tournament of illegal betting and spot-fixing scandals that have engulfed the game.

Jamming phone towers to stop calls to bookmakers were among actions flagged by the Board of Control for Cricket in India (BCCI), along with a strict player code of conduct and a ban on their attendance at after-match parties, as part of "Operation Clean-up". Although some of the measures planned for future editions of the Twenty20 tournament were applauded by commentators, others were described as irrelevant or difficult to enforce.

"Having cheerleaders on a makeshift podium during the game or banning players from attending after-match parties is hardly the cause of the IPL's problems," analyst Prem Panicker said. Another measure says IPL franchises need to disclose details of their players' and support staffs' contractual obligations and remunerations - to try to avoid any conflicts of interest. "These are easily achieved objectives and the board should have been doing this from the start," Panicker told AFP.

But Panicker was among those sceptical of whether India's authorities would support the BCCI's idea to disrupt mobile phone signals at grounds during matches to curb betting and fixing. "This will not only affect the fans but also those who live around the stadium. Such steps require the approval of telecom companies, multiple security agencies and the government [also] has to be on-board," he said.

Three cricketers, including Test bowler Sreesanth, and scores of bookmakers were arrested last month as part of the ongoing police probes. The players from the Rajasthan Royals team are accused of giving away runs in specific overs in exchange for tens of thousands of dollars, after making deals with bookies before the match. With the exception of Sri Lanka, betting is illegal in the cricket-playing nations of South Asia but backstreet bookmakers abound, accepting bets for everything from the outcome of matches to the runs scored each over and extras.

The co-owner of the Rajasthan Royals, businessman Raj Kundra, was suspended by the BCCI on Monday pending a inquiry, after he admitted illegally betting on his own team, according to police. India cricket's powerful chief N Srinivasan has also stepped aside pending an inquiry, after his son-in-law was arrested over accusations that he also bet on IPL matches. The son-in-law is part of the management of another IPL team, called the Chennai Super Kings.

Commentator Sharda Ugra said the new plan should include greater transparency within the BCCI. "The clean-up drive does not address the crux of the real problem... the most disturbing fact is that the BCCI is run like a closed shop," said Ugra, senior editor at ESPNcricinfo website. "If the BCCI expects players to show all their financial books then they should open themselves to scrutiny too," Ugra said.

Madan Lal, the former Indian allrounder and coach, said the measures are "not a foolproof plan but the board is at least showing signs that it has learnt from its mistakes". "The real challenge will be to ensure the cricket fans continue loving the game and the board should make sure that the game does not suffer from now on," he said.