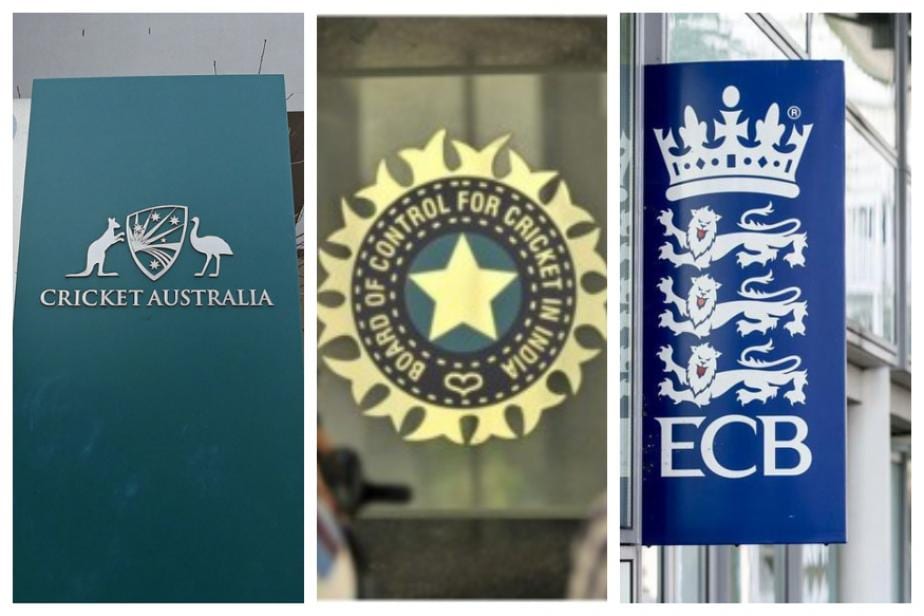 In the ongoing effort to get major sporting competitions re-started even as the Covid-19 pandemic continues to present a major threat to health and safety worldwide, cricket has emerged with a distinct advantage, one that we never thought would have actually been viewed as an advantage.

While players, fans and officials of other disciplines cringe at the prospect of games being reduced essentially to made-for-TV events with no-one in the stands and therefore no atmosphere or background noise to give context to the action, Test cricket suffers from no such challenges because it’s been played for decades around the world against the backdrop of rows and rows of empty seats.

Except of course for England, the birthplace of the sport, where full houses for the traditional format of the game are standard, whether it is an Ashes battle or a duel with one of the lower-ranked teams. Now though, they are set to join the family of nations for whom Test cricket in deserted stadia is standard fare, assuming that the postponed series against the West Indies and then Pakistan do go ahead.

At the time of writing, it looks as if everything is being put in place to facilitate what is being described as a “bio-secure” environment for both teams to play three Tests each in a country where the impact of the coronavirus has been the most devastating in all of Europe. However, there is still no guarantee, even with a provisional squad of 30 named, that the Caribbean side will embark upon this unique campaign given the lingering concerns about players being exposed to the virus.

Whether or not the series goes ahead, with the Pakistan series expected to follow close on its heels, the main driving force for this contest – certainly from a Cricket West Indies point of view – is the same issue which is prompting sporting administrations throughout the world to explore every which way they can get competition going again: money.

Cricket West Indies is in deep, deep financial trouble to the extent that they were late in making payments to players and staff coming into the new year. Ricky Skerritt, the president of the organisation, has described its financial state as the equivalent of being in an intensive care unit while his CEO, Englishman Johnny Grave, underscored the grim reality in an interview on May 5:

“We are no different to any other business or organisation and if we are not able to play cricket, we’re not going to get the revenue…so our ability to continue to operate as we would normally becomes increasingly challenging.”

What this situation highlights is the continuing unsustainability of the global financial model for international cricket, which is presumably overseen by the International Cricket Council but in reality is determined by the three major powers in the game – India, England and Australia. Having backpedalled from the shameless attempt to hijack the sport five years ago, they retain a disproportionate control over cricket’s administration, including its finances.

While many readers may be tired of me highlighting this point, it doesn’t change its relevance or the reality that it ensures a continuing imbalance which inhibits the development of a more competitive environment for international cricket on and off the field. So let me leave it to two respected cricket broadcasters, two former England captains, Nasser Hussain and Mike Atherton, to give their perspectives in the context of the efforts to have the West Indies and Pakistan series played in England in the coming months.

“I find it ironic that the two sides who’ve probably been hard done by the most by the Big Three, two great cricketing nations – Pakistan and West Indies – who have been hardest hit, now we’re asking them to come over to England,” said Hussain on Sky Sports on May 14.

Atherton went into greater detail in his column in “The Times” of London that same week:

“…West Indies and Pakistan find themselves in an unusually strong bargaining position. Top of their wish list would be two things: Pakistan want to see a return of full international cricket to their country and would like to persuade England (and Australia) to end their long absences from touring, while West Indies have been pushing for a more equitable distribution of television monies in order to sustain international cricket’s competitive balance. As yet there is no sense that either wish to leverage their advantage.

“It is a hypothetical question, of course, and impossible to know the answer, but would England be so swift to help if the situation were reversed? If West Indies and Pakistan do travel this summer, their generosity should not be forgotten.”

So, while there are issues about the administration of cricket in Pakistan and West Indies and quite a few other Full Member nations, we cannot simply ignore the continuing imbalance which puts the other nine Test-playing nations at a distinct disadvantage.

Will this change in the aftermath of the unprecedented impact of Covid-19? Will we see a real effort to create an environment, both in terms of the financial structure and international itinerary, which treats every nation equitably?

I doubt it. All this talk of a “new normal” will not be extended to cricket’s global governance. Yes, there may be further disruption to come with the Men’s World T20 scheduled for October-November in Australia and the Inaugural World Test Championship, but these are logistical issues which will eventually be resolved.

Cricket’s biggest challenge for its long-term sustainability, with or without the coronavirus, is the steadfast refusal of the game’s powerbrokers to facilitate a level playing field for all participants.

This article was originally published here